The dawn of the Costco era in Canada

Costco? What's that? That's what The National explained to people back in 1985. 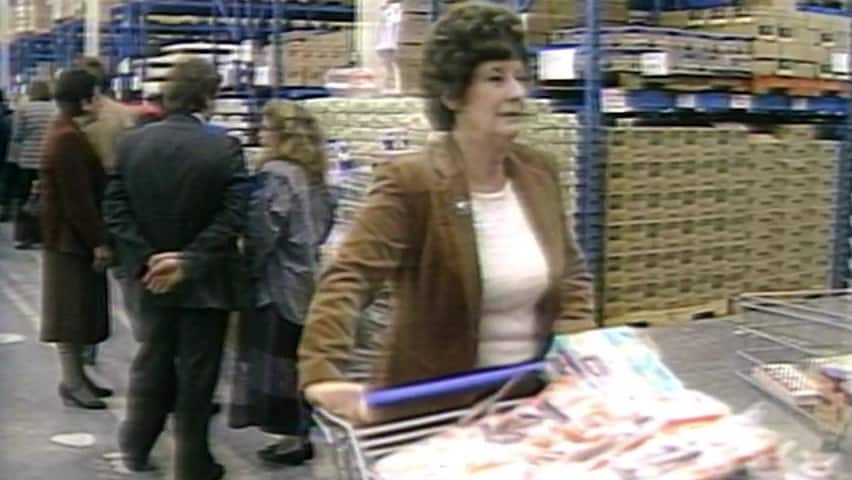 It's hard to see how the opening of a Costco would make it onto The National, but the wholesale chain's entrance to the Canadian market was seemingly newsworthy back in 1985.

"A new kind of store is open in Canada and it's promising big savings for its customers," anchor Knowlton Nash told viewers on Oct. 30, 1985.

"The store is called a wholesale club, but it's not a very exclusive club and that's made some of its competitors nervous."

Why? Because these stores were providing goods at much lower prices than traditional retailers.

"You buy cases of what you want for cash. No credit cards, not a frill in sight."

You had to buy a membership to get in on the bargains, and it wasn't very hard to qualify for the opportunity.

"That puts the wholesale store into the retail game," said Webb.

'We carry so many products'

Jim Sinegal, the president of the Costco Wholesale Corporation, said the many products sold at Costco stores had wide appeal to consumers.

"We're always asked the question: From whom do we take our business? And the answer is, we don't know because it's spread over such a wide base because we carry so many products," he told CBC News.

Webb said that in the United States, Costco and other wholesale retailers had "cut substantially into retail businesses."

And that impact state-side was what had Canadian retailers concerned.

Mark Nussbaum, the vice-president of the London Drugs retail chain, signalled that his own business would not be getting into a price war with a wholesale club.

"If they're going to sell below cost, more power to them," he told CBC News. "I'll discontinue the items, as will most of the retailers in the city, because then it becomes predatory pricing. And let them have it."

Webb said Costco was due to open a second store in Edmonton the following month, while a competitor was planning to open stores in eastern Canada.