In 1982, France used every bureaucratic tool at its disposal to try to trim back the hold Japan had on the domestic market for VCRs. 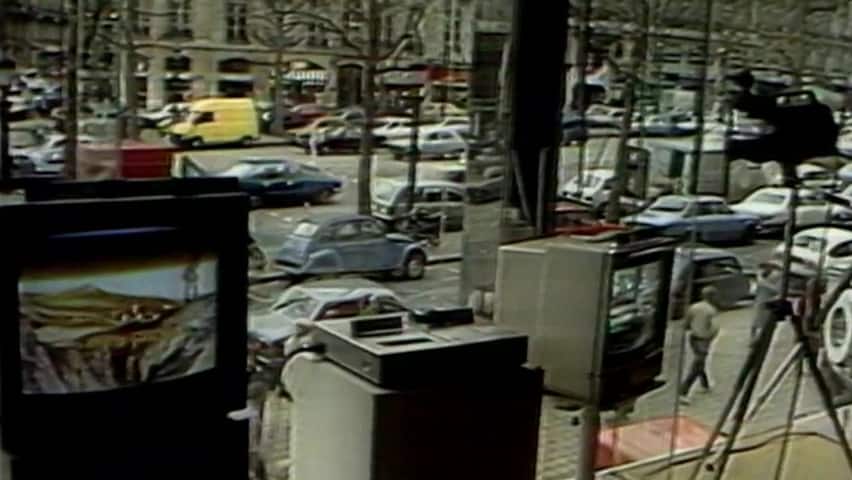 Thirty-eight years ago, Japanese companies had locked down the market in France for VCRs.

They had massive demand for their product, more customers than any other countries' manufacturers and high-end shops on the Champs-É​​​lysées with their high-tech products displayed in the windows.

Yet, they had a problem — the French government, which did not like their dominant position in the market and was doing what it could to shake things up.

First, France had tried slapping various taxes on those same VCRs, but that didn't dampen demand for them.

"Japanese sales keep soaring," the CBC's David Bazay reported on The National on Nov. 19, 1982, as he explained the situation to viewers. "Nine out of 10 video recorders sold here are made in Japan."

Eventually, France used another bureaucratic measure to try to shave down the Japanese advantage in its domestic market.

"The government has decreed that all imported video recorders must now be cleared by customs at Poitiers in central France," Bazay explained.

Bazay said that meant truckloads and trainloads of VCRs had to be inspected at a facility that had just two customs agents working there.

"One agent has received instructions to get lost in paperwork," said Bazay. "The other is under orders to be extremely curious, to check the serial numbers of nearly every [VCR] set."

Indeed, The National showed viewers footage of said inspector opening individual VCR boxes, removing the units from their protective foam, and looking at the serial numbers on individual units.

Bazay said Japanese companies had been sending 25,000 units a week to France, but the customs action "had slowed things down to a trickle."

He said the French government was justifying its actions by claiming that Japan was not buying enough French products.

Yet Ryoichi Urata, the manager of Hitachi France, saw it as a situation lacking any rationality.

"This is crazy," he told The National.

Hitachi had made moves of its own, laying off workers at its French plants. Urata said the company could "not survive" if it did not have VCRs to supply for the upcoming Christmas sale season.

Could things get worse?

Bazay said it appeared France was poised to further intensify its actions against the foreign VCR manufacturers.

"The French government has ordered its state-owned electronics company, Thomson, to start negotiations with Grundig of Germany and Philips of Holland," he said.

"The plan? Form one huge European company to fight the Japanese."