The birth of the National Post and 'the impending newspaper war'

In 1998, the birth of a new national newspaper made headlines.

'There's certainly room for two papers out there. No one is going to die' 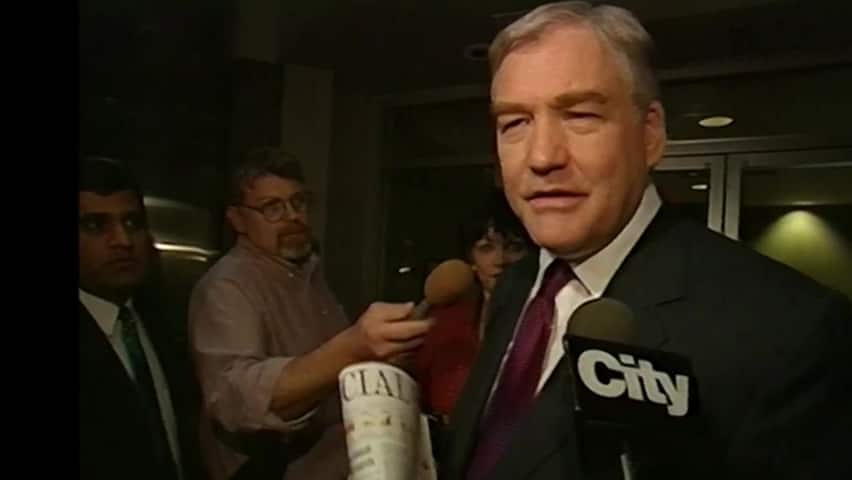 It was news that a lot of people knew was coming: Canada was getting a new newspaper and it was called the National Post.

The paper's first edition hit the streets on Oct. 27, 1998 and its founder, Conrad Black, saw a big market of readers to be won in English Canada.

"There's certainly room for two papers out there," Black told CBC's The National. "No one is going to die. It's just a little more variety for the reader."

Black told CBC that more than 500,000 copies of the inaugural edition were distributed that day.

"Basically, we feel it went well," said Black. "It's a fairly ambitious undertaking and I think we were reasonably satisfied as a first effort with the contents and certainly with the reception we had."

The launch came a few months after Black had acquired The Financial Post, which was being incorporated into the newborn National Post.

Getting the paper out to readers, however, was just the first step. Next, the Post would have to build a successful following.

Donna Logan, a professor at the University of British Columbia's School of Journalism, thought the Post needed to position itself as a truly national paper.

"I think the worst mistake they could make is to have it be labelled as another Toronto paper," she said.

But the Post, like its peers, was not just competing against other newspapers. Because, as The National's Raj Ahluwalia pointed out to viewers, the papers were fighting the fact that "more people are getting their news from the Internet or television."

'The papers are getting better' 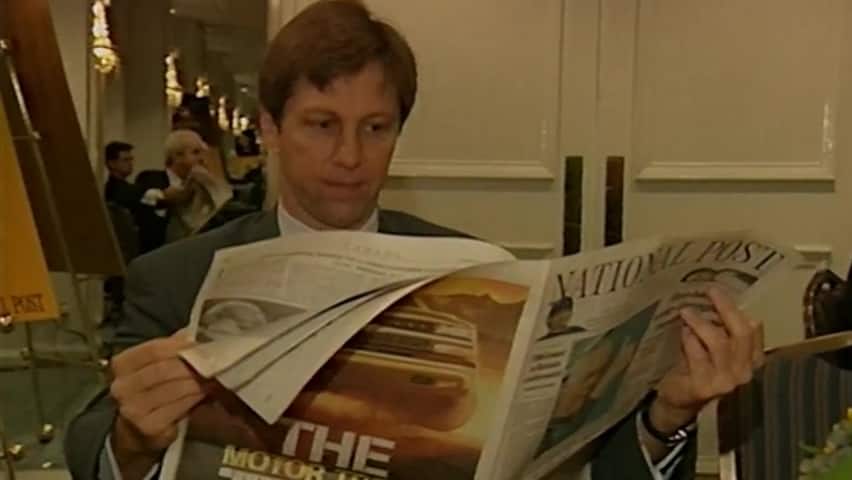 When Ahluwalia spoke to the rival Globe and Mail, the paper told him it was ready for what he described as "the impending newspaper war."

William Thorsell, then the Globe's editor-in-chief, believed the entry of the Post to the market had forced existing papers to up their game.

"Instead of dumbing down because there's someone else in the market, the papers are getting better," said Thorsell.

The 'war' and its costs 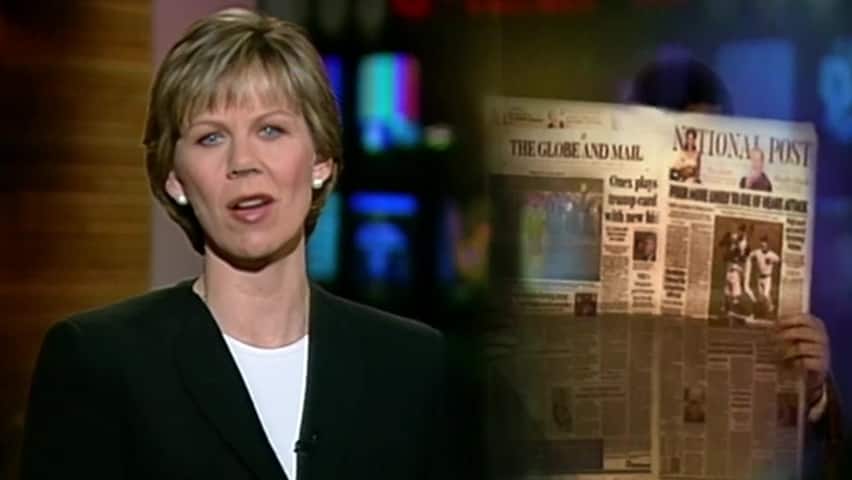 One year into the 'newspaper war'

21 years agoVideo
1:49
A year after the Post was launched, a newspaper audit reveals how many readers it has claimed. 1:49

A year into the Post era, initial readership counts put the upstart paper behind the Globe — but not that far behind it.

A survey of newspaper readers found the Globe was reaching 1.7 million readers each week, compared with nearly 1.5 million the Post was reportedly reaching.

And Thorsell's prediction had come true: Newspaper subscribers were getting more choice and a beefed-up paper to read.

As the CBC's Adrienne Arsenault reported for The National in 1999, the Globe was "adding entire sections, more stories, more flash in its fight for readers."

The war had been costly, though: CBC reported that Hollinger — the company that owned the Post — had lost $55 million in its bid to build the paper's subscriber base and pundits believed the Globe had suffered its own losses. 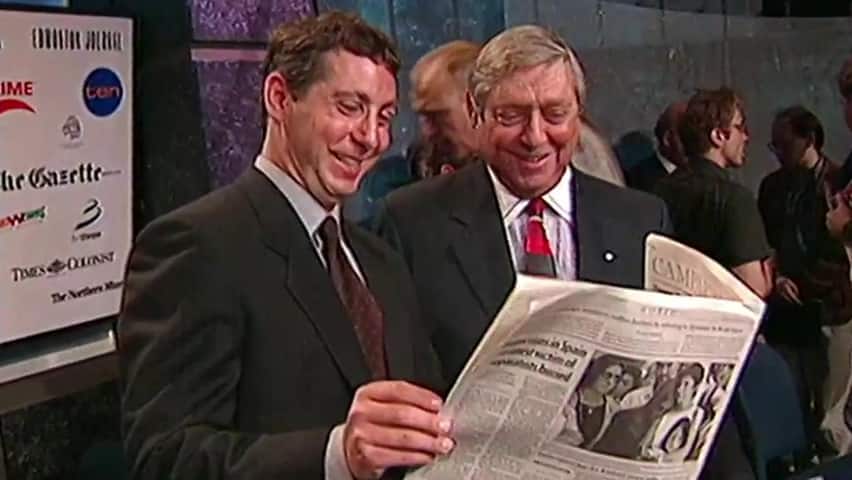 In July of 2000, Hollinger announced that it was selling half its Post holdings to CanWest Global. It was part of a $3.5-billion deal that saw the company also sell many other English-language Canadian newspapers, magazines and websites that it owned.

The following year, CanWest acquired the remaining half of the Post that it did not control.

"I found it painful to part with it, but it was the responsible thing for the Post," said Black, when speaking to reporters, after breaking the news to the employees of the paper he founded just three years earlier.