The Achy Breaky Heart was more than an early-'90s, country music earworm. Because it was a dance craze, too.

'It's not enough just to hum the tune any more. Now you gotta know the moves' 'Achy Breaky-ed out' in St. John's

Achy Breaky Heart was more than an early-'90s, country music earworm — it was a dance craze, too.

In Newfoundland, the line-dancing craze was in full swing in the fall of 1992.

"It's not enough just to hum the tune any more. Now you gotta know the moves."

The dance was synchronized to the Billy Ray Cyrus version of the song, which had already sold more than three million copies of by that point in the year, according to the Midday report.

The song had been written the year before and recorded by another artist before Cyrus had a smash hit with it.

"How did he do it?" Collins asked viewers. "By taking your standard broken heart, wrapping it in a catchy tune and adding a two-step to stardom."

The hot trend had spurred Judy Knee to spend her summer in the U.S. learning the Achy Breaky and other popular dance moves, which she then taught to students at her St. John's studio. 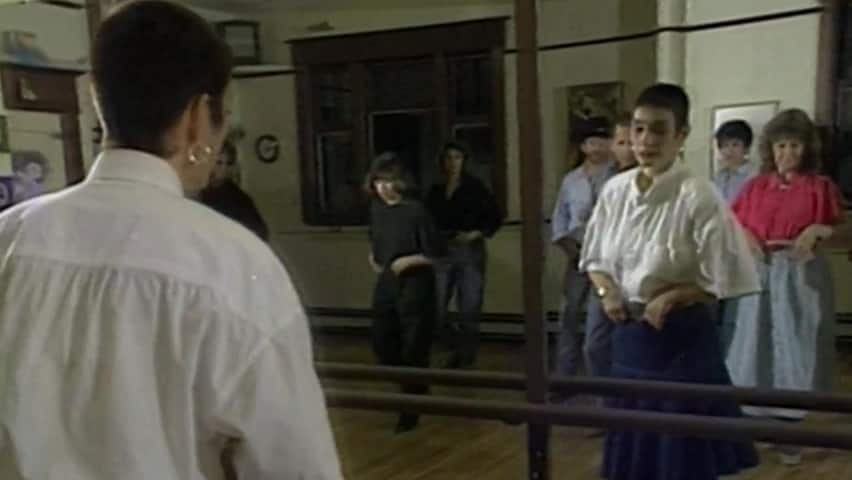 Step-by-step: How to do the Achy Breaky

By October, she'd taught a lot of Newfoundlanders how to break out their inner-Billy Ray Cyrus on the dance floor.

"Even the children coming to the dance classes, everybody wants to learn how to do the Achy Breaky," Knee told CBC.

"So, I'm teaching the Achy Breaky to everybody. [I'm] Achy Breaky-ed out."

Collins finished her report by noting that no one could say how long Achy Breaky Heart and its accompanying line dance would stick around.

"But one thing's for sure: A broken heart has never been so much fun," she said.