That time they closed Portage and Main to pedestrians

A heated pedestrian underpass opened at Winnipeg's windy intersection in February 1979, but some residents kept crossing on the frozen streets above.

Almost 40 years later, Winnipeggers voted on whether to reverse the decision 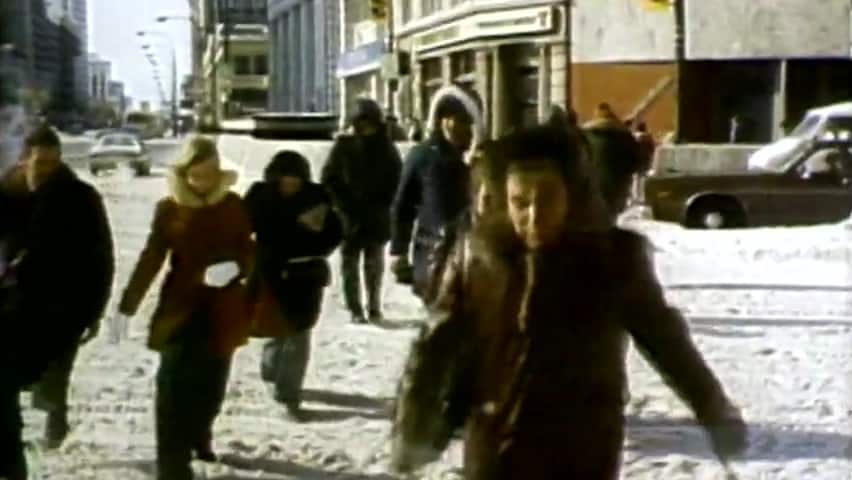 Portage and Main closed to pedestrians

42 years agoVideo
2:06
A pedestrian underpass opens at Winnipeg's windy intersection in 1979, but residents stay on the snowy streets above. 2:06

Portage and Main in Winnipeg may be the most famous intersection in Canada.

Despite being closed to foot traffic, the historic intersection is a natural place for Winnipeggers to gravitate when there's something to celebrate — like the return of a National Hockey League team, in 2011, or the 150th anniversary of Confederation, in 2017.

The question: take down the barricades that have blocked pedestrians from crossing the intersection of Portage Avenue and Main Street for almost 40 years? Or leave them up and continue to make people go underground to get across?

Ultimately, they decided to keep the intersection unchanged.

The underground concourse was opened on Feb. 23, 1979. The barriers were in place by then, but the intersection wasn't yet closed to pedestrians, as CBC reporter Terry Matte discovered.

"You will notice many people have learned the Portage and Main technique," said Matte. "The quicker you can get across, the less chance you will freeze to death before you get to the other side."

Sure enough, most pedestrians could be seen moving at a half-run across Main Street.

But many of those on foot had a good reason to stay outside to traverse Portage and Main.

"I didn't know it was open!" said one woman.

When Matte pointed out the entrance, she was unmoved.

Another pedestrian was willing to give it a try after Matte's advice.

"I didn't know where the entrance was," said a man holding onto his ears despite wearing a hat. "I think I'll take a chance and go through it."

The $7-million concourse under Portage and Main was attached to an underground mall, and the longer-term plan was to join many buildings downtown with below-ground tunnels or second-storey skywalks.

City council supported the decision to push pedestrians underground because it would improve traffic flow and be safer for people on foot.

But according to the Globe and Mail, an opposition group called Right to Walk vehemently objected to the barriers because of the undue burden they placed on the elderly and people using wheelchairs.

Ramps not an option

There were elevators at just two corners of the intersection. Otherwise the options for getting underground involved stairs and escalators.

Concourse opponents routinely jumped the barricades, risking a fine of $12.25.

"After 116 years, the city has finally decided that Portage and Main is fine for cars, but it's no fit place for human beings," concluded Matte. 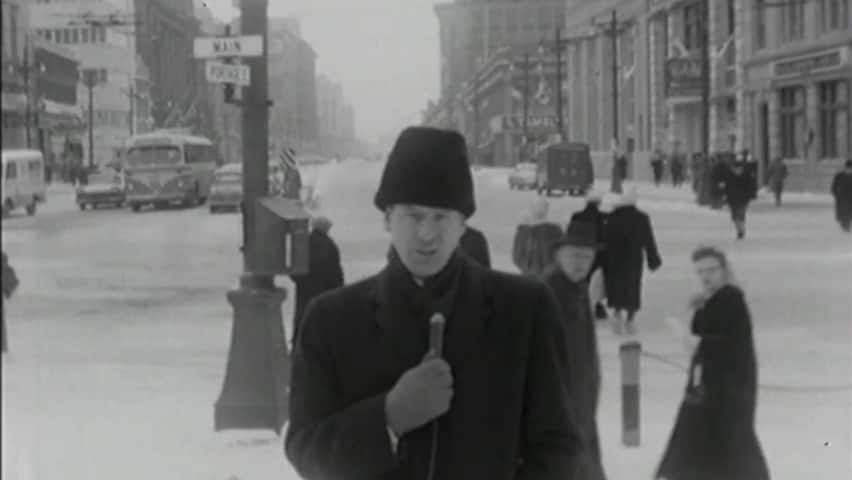 1 year agoVideo
1:33
Stanley Burke reports on the 1958 Manitoba election while standing at the corner of Portage and Main in Winnipeg. 1:33

In 1958, the intersection made a natural backdrop for reporter Stanley Burke as he summed up the provincial Manitoba election. Pedestrians could be seen crossing the intersection as cars, trucks and trolley buses took their turns.