That time Keith Richards was ordered to play a free show

After a 1977 drug bust, the Rolling Stones guitarist learns his fate in a Toronto courtroom. 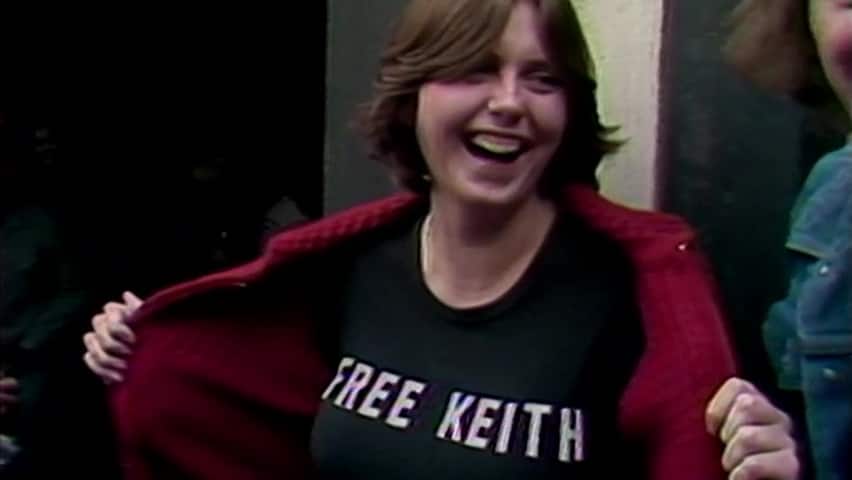 42 years ago
1:40
A Toronto judge orders the Rolling Stones guitarist to play a free concert for the blind. 1:40

He wasn't a typical heroin user.

And when Rolling Stones guitarist Keith Richards was convicted of heroin possession, he didn't get a typical sentence.

On Oct. 24, 1978, more than a year and a half after Toronto police arrested him for possession of heroin in a local hotel room, Richards learned his fate.

He had been convicted of the charge the day before.

"The rock star walked into court facing the possibility of seven years in prison," began CBC reporter David Bazay. "But in the courtroom full of Rolling Stones fans, it quickly became clear that Keith Richards wouldn't be sent to jail."

According to Bazay, Judge Lloyd Graburn said heroin addicts should go to prison if they commit theft to support their habit, or make no effort to kick the habit.

"But Richards was different," said Bazay. "He made so much money as a rock star, he didn't need to steal, and his effort to remove himself from the drug culture was an example to others."

And so, as part of the yearlong period of probation he issued, Graburn also ordered Richards to play a benefit concert at the Canadian National Institute for the Blind.

Fans gathered outside the courtroom — including one wearing a T-shirt reading FREE KEITH — were delighted with the sentence.

The judge mandated that the concert be held within six months.

According to the Toronto Star, a benefit for the blind was chosen because of a fan's request to the judge.

In 2018, the newspaper reported that Richards's 2010 autobiography, Life, explained the decision.

"In his book Richards wrote that a blind fan of the Stones, who hitchhiked to many of their concerts and who he befriended, fed and looked out for, had gone to the judge before sentencing and spoken up for him," it read.

Let's spend the night (or two) together 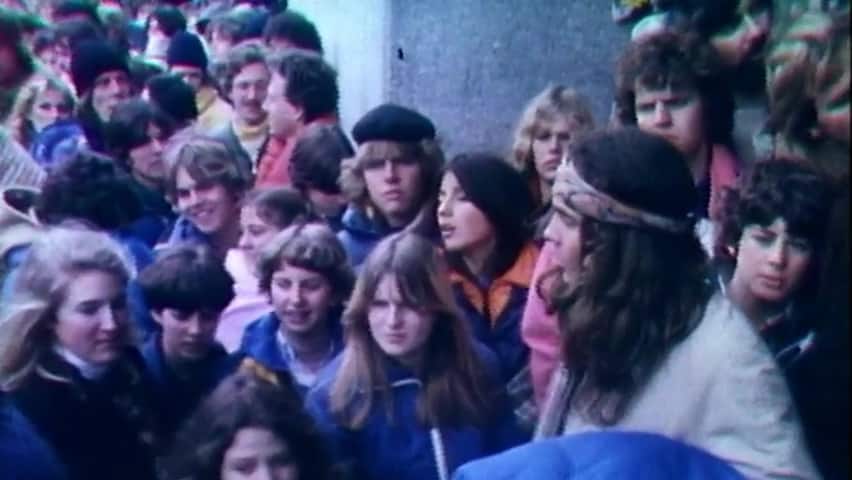 Let's spend the night ... on the sidewalk

41 years ago
2:42
Rolling Stones fans camp out for tickets to a CNIB benefit concert with the Rolling Stones. 2:42

Almost six months later, the general public got a chance to buy tickets for the concert, which would be Richards performing with the Rolling Stones.

After freebies were distributed to the blind, more tickets were made available for the show, which took place at Oshawa's Civic Auditorium.

Ticket-seeking fans in Toronto started queueing four nights in advance, many bringing sleeping bags or blankets to stay warm as they held their place in line.

One who waited at a busy downtown ticket outlet had a different strategy.

"I came here Thursday night," said Andrew Owen, "and there was a group of about four people, and there was a box in the corner ... in the very first position. A few hours later the box started shaking and somebody came out."

According to reporter Bill Harrington, Owen took it upon himself to manage the queue that formed behind him.

"He gave out hundreds of numbered coupons as other fans lined up behind him," said Harrington in a report from April 16, 1979. "The idea worked: there was no pushing or shoving. People could sleep without care on a bench across the street, knowing their number would come up."

Other outlets were less orderly and the report showed images of police officers cleaning up discarded lawn chairs, pillows and blankets.

"You sleep most of the time, so you don't really notice anything else," said a fan who successfully obtained two tickets after waiting two nights in line with an umbrella, two blankets and two pairs of gloves. "It rained only once."

Anyone who didn't spend the night was out of luck.