That time Halloween was moved from a Sunday to a Saturday

Halloween fell on a Sunday in 1982 and some cities agreed to move the trick-or-treat day to Oct. 30.

But candy still had to be checked by parents no matter whether it was collected on Oct. 30 or Oct. 31 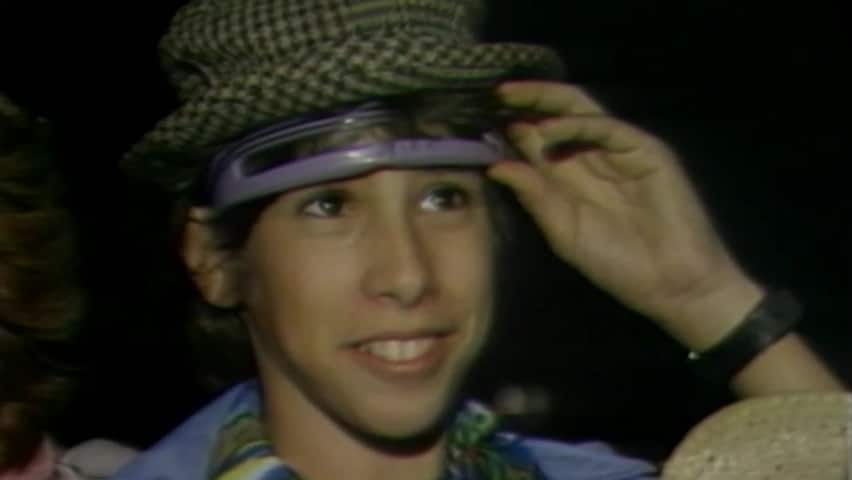 Daylight time used to end on the last Sunday in October, and in 1982 that meant kids would be trick-or-treating on the first night of sudden early darkness.

That was apparently a problem, and in some Canadian cities — Toronto, Saskatoon and Halifax among them — the solution was obvious: make kids go trick-or-treating on Saturday, Oct. 30.

"City fathers wanted to cash in on the last day of Daylight Saving Time," explained CBC reporter Terry Milewski. "It shows that caution is in this year for Halloween."

Vancouver, Edmonton, Montreal and St. John's were among the cities that stuck to the traditional date of Oct. 31.

Parents were being careful to demand kids hand over their loot — not because they wanted to steal a peanut butter cup, but because they were concerned about tampering.

"They said we're not allowed to eat anything that's not in a wrapper," said a boy in a cowboy costume.

Why? "'Cause it's probably got a lot of poisonous stuff in it, I don't know," said another boy, dressed as a character that has been lost to time.

A third said his parents had told him he couldn't eat any candy — at all.

"They just told me not to eat it because of all the stuff going around."

The seemingly unfounded threat of random poisoning by Halloween candy has been a concern for parents for decades, perhaps being cemented by a notorious case in the United States in which a father poisoned his own son.

In the 1974 case, a boy died after consuming Pixy Stix he had collected on Halloween that were laced with the poison cyanide. However, it was later proven in court that he had been murdered by his own father, who had slipped the tainted candy into his son's loot bag. The father was later executed by lethal injection in Texas.

However unlikely such a scenario was to occur then or now, Milewski reported in 1982 that fears about Halloween candy were heightened in the aftermath of a series of random poisonings of Tylenol users that same year — again, a story that occurred in the United States.

A poison control hotline had even been set up at a Toronto children's hospital for trick-or-treat night, but it wasn't ringing much.

"Nobody called except for reporters, but that's because parents were doing their own poison control," said Milewski.

Parents said they were being careful.

"We want our children to bring their goodies home, and then we pile them all on the living-room floor, we go through them, make sure they're all fine," said a father on the doorstep.

"Late tonight there were no reports of anyone being poisoned," said Milewski, wrapping up. "Just scared."