Technology, Toronto's big papers and the printers who battled both

The newspaper industry has always fought tough battles -- including with its own labour force.

In 1964, hundreds of typesetters walked off the job, as papers prepared to move on without them 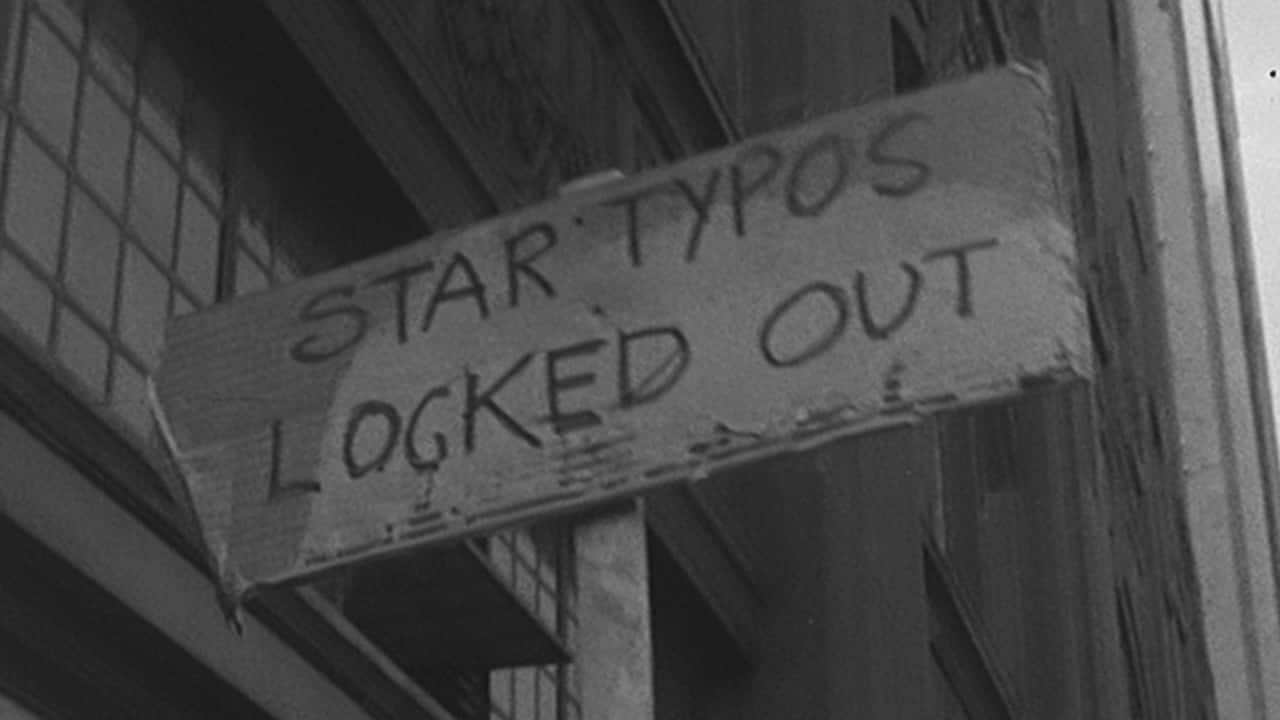 The recent news that the Toronto Star is changing ownership is just the latest chapter in a long history of the newspaper that is still being written.

During its 125-plus years of printing papers, the Star has dealt with the same kinds of challenges that all the newspapers in the country have faced — labour strife, technology changes, rising costs and cutthroat competition.

In the summer of 1964, the Star, along with the Globe and Mail and also the late Toronto Telegram, saw hundreds of their printers walk off the job, in protest of the automated tools being employed that would threaten their livelihood. 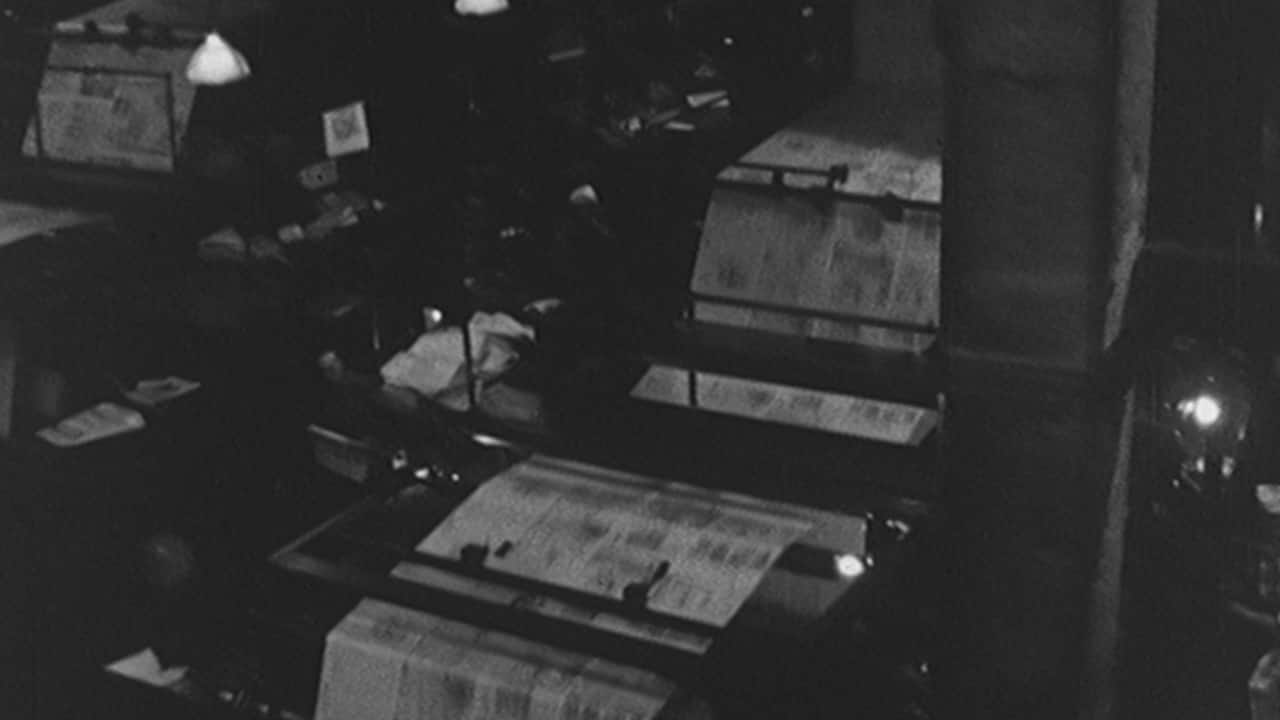 8 months agoVideo
0:25
CBC provides a brief summary of the size of the newspaper business in Toronto in 1964. 0:25

The printers were members of the International Typographical Union's Local 91.

For nearly two years, the printers' local officials had been negotiating with their employers on a new contract. But the two sides could not agree on the contentious issue of multi-purpose computers being used in the composing room, in a way that satisfied the parent ITU.

When the printers walked out on July 9, 1964, it was the view of the ITU that its members had been locked out.

The papers' management, on the other hand, saw a strike unfolding. And they had been preparing for it.

The presses would keep rolling 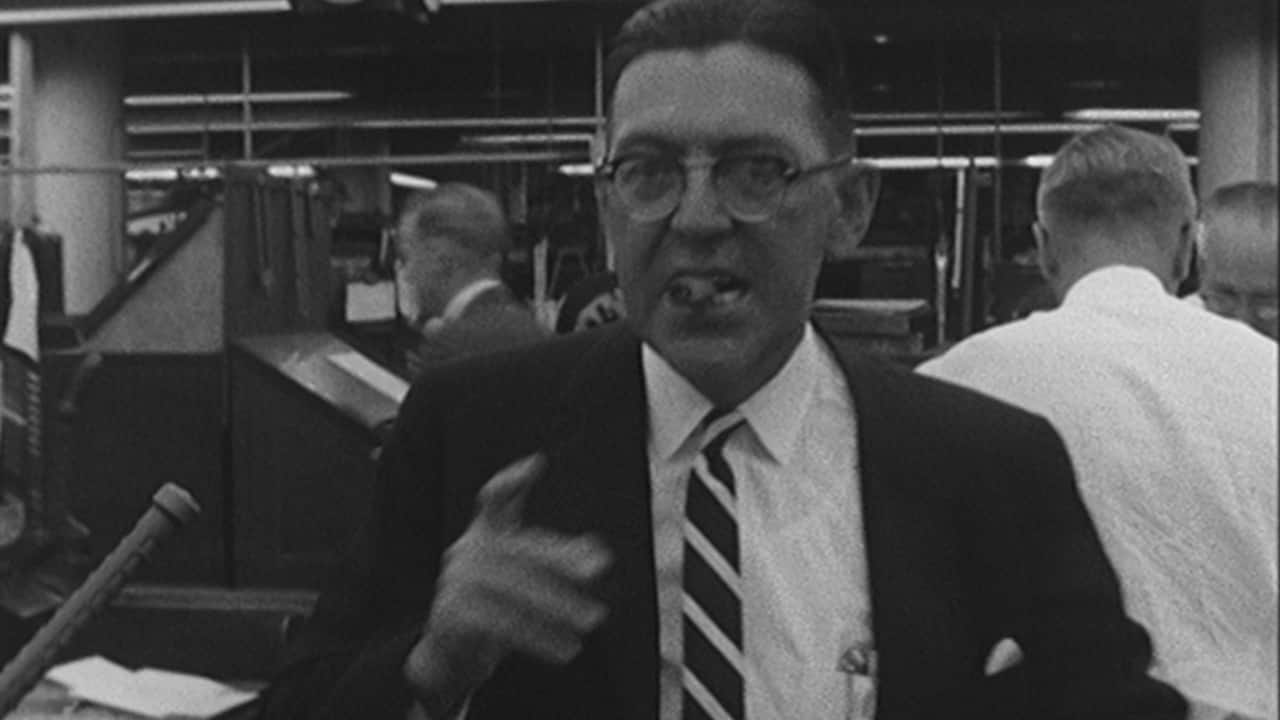 Getting ready to print

8 months agoVideo
0:24
The Star's Beland Honderich and other managers at the paper gather in the composing room in 1964, as they prepare to put out a paper without workers who would normally be there. 0:24

Nearly nine months later, a documentary called Strike! Men Against Computers that aired on the CBC current affairs program This Hour Has Seven Days looked back at the start of the conflict, as well as the sides that were firmly engaged in the battle.

The CBC cameras got a peek at the composing room of the Star, where Beland Honderich, the paper's vice-president, and other managers, were shown on camera preparing for a new way of doing business at the very start of the labour disruption.

"With the help of secretaries and salesmen and non-union employees, Honderich will demonstrate to Local 91 that he can put out the newspaper without the printers," narrator John Drainie told viewers, as they saw Honderich physically encouraging the camera to let the Star get on with its work.

The Star and its rival papers had signalled at the very start of the dispute that they would continue publishing if those ITU members left their workplace. And that's exactly what happened. 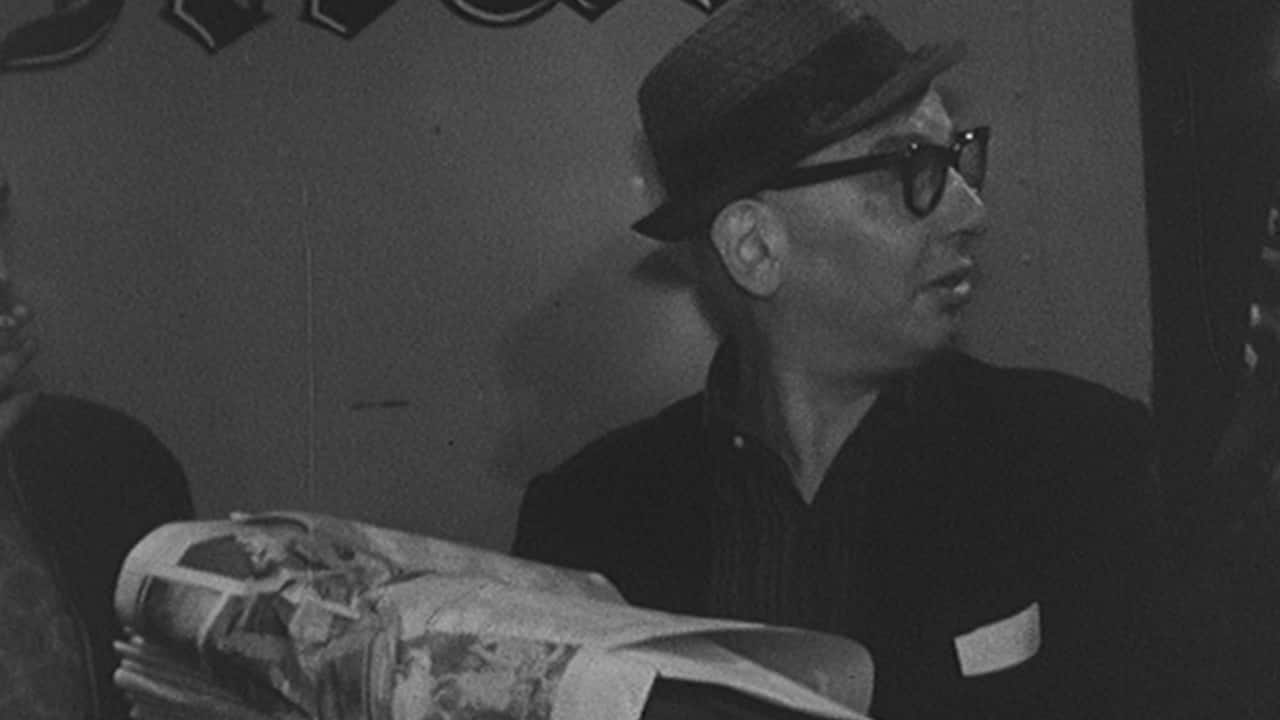 Management gets the Globe printed

8 months agoVideo
0:58
In July 1964, Globe and Mail management gets the paper printed despite a labour disruption. 0:58

Over at the Globe and Mail, the first edition made it to the streets, but not without a few problems.

"It is four hours late and has 1,000 printing errors, but it was published successfully without the help of Local 91," Drainie said. "The publishers are exuberant."

'The end of their work'

The printers who walked out knew what the computers meant for their future prospects.

"The publishers have promised no printer will lose his job, but the men know the computer means the end of their work as skilled craftsmen," said Drainie, giving some context as to what was driving the core of the conflict.

"And in the long run, the end of the ITU, which for a century has been the toughest, strongest and most stubborn craft union in North America."

By August, no progress had been made in resolving the strike and the papers had not lost any resolve.

Burnett Thall, a Star executive, told the CBC's Larry Zolf why the publishers felt they had to proceed along the course they were taking in their fight.

"We feel that since computers has been such a difficult subject to deal with and photo composition — the previous example of automation — was so difficult to introduce, that we cannot put ourselves in the position in the future of having to take a strike each and every time we wish to introduce a new process," he explained.

'Take it or leave it' 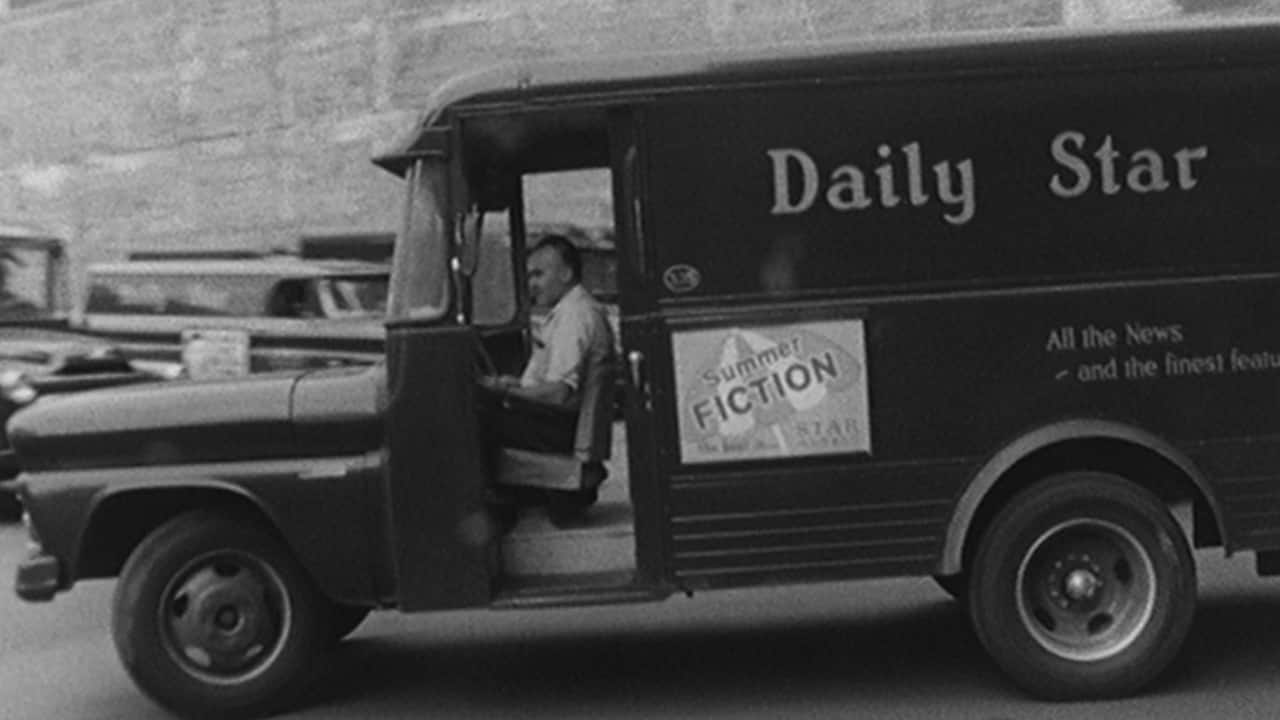 No end to strike in August

8 months agoVideo
1:07
By August 1964, the labour dispute involving ITU printers had not been resolved. 1:07

That month, nearly a dozen printers returned to their jobs, accepting offers from the publishers to do so.

A final contract offer was extended to those who remained on the picket lines.

"It is much tougher than the offer the union turned down 50 days before and it is strictly take it or leave it," said Drainie.

The ITU members rejected that offer by a vote of 588-5, according to the documentary.

Life didn't get any easier for the printers as the strike dragged on, the seasons changed, the snow arrived and tempers flared. 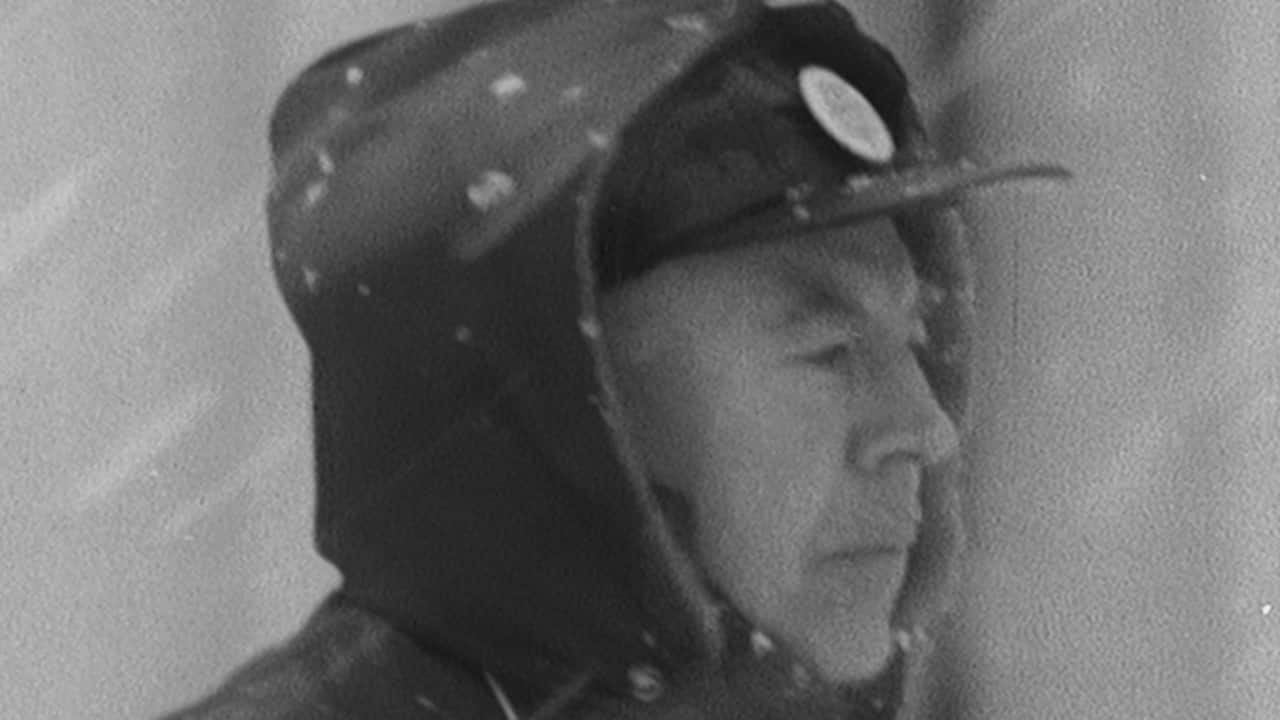 'Local 91 has clearly lost the strike'

8 months agoVideo
1:59
The ITU workers remained on the picket line in February 1965 and life was not getting any easier for them. 1:59

Zolf, the documentary's writer and director, came to the conclusion that the workers had lost their fight — an analysis the Globe and Mail quoted on the second page of its newspaper, the day after the program aired in March of 1965.

Indeed, the program ended with a brief sketch of computers that would be installed by the three papers the printers worked for in the coming year.

Drainie explained the machines could justify type, which was the work the printers had done.

"In 1966, will the pickets still be here?" Drainie asked viewers at the end of the program.

The ITU members who stayed out on the picket lines never returned to work.

In February 1971, the Globe and Mail reported the union signalled to its members it would be discontinuing paying out strike benefits in the coming spring.

"The union has paid an estimated $11.5-million in benefits since the strike began and is no longer willing to bear the cost," the paper reported.