Going grocery shopping on a Sunday doesn't seem that rebellious. But for a long time, it was not something that was done — including in Quebec in 1988. 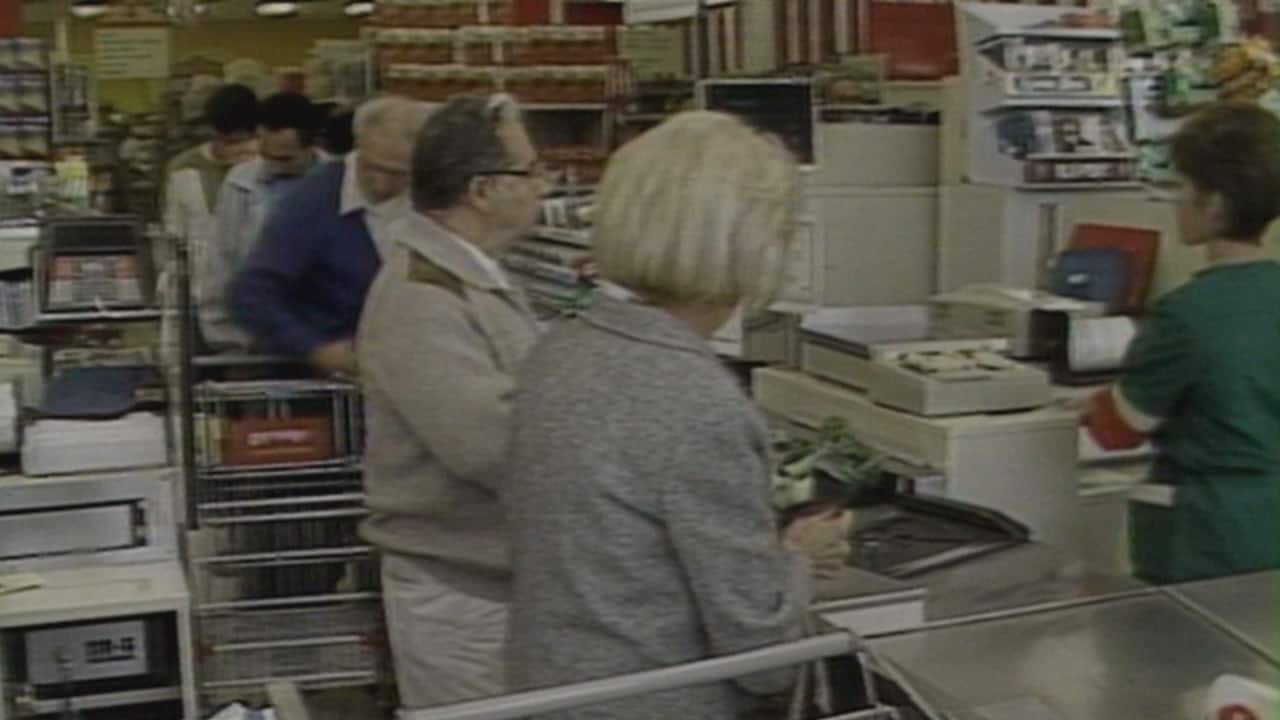 400 grocery stores open on a Sunday

32 years agoVideo
2:00
Hundreds of Quebec grocery stores opened on a Sunday in September 1988, at a time when that was not allowed. 2:00

Going grocery shopping on a Sunday doesn't seem that rebellious.

But for a long time, it was not something that was done — including in Quebec.

That's why Sunday Report was interested in what was happening in that province on the last Sunday in September of 1988.

"Thousands of people in Quebec flocked to the supermarket on what is a legal day of rest in the province," anchor Peter Mansbridge told viewers on Sept. 25, 1988.

"They shopped at some 400 grocery stores that defied Quebec's Sunday shopping law and stayed open."

'Close everybody or open everybody

Reporter Tony Ross gave some background on why grocery store operators had ignored the rules.

"Business was good — most store owners say they sold as many groceries as they would during the week, but unlike a Monday or a Tuesday, opening today was illegal," he reported.

"Only stores with fewer than four employees are allowed to stay open Sundays. But grocery store owners say those smaller operations are cutting into their profits. They want the law changed."

"Close everybody or open everybody, that's the main thing we have to say to [the provincial] government," he told CBC News.

According the the Globe and Mail, grocery stores had reported an eight per cent drop in sales since 1984. The newspaper said the coalition of stores defying the law that September said attributed this drop in business "mainly to stores such as pharmacies, fruit stores and mall markets" that were permitted to be open on Sundays.

Shoppers, it seemed, were in favour of being able to pick up food on a Sunday.

"Sunday's a dull day and it's a wonderful outing," said Lena Voss, a shopper who spoke to CBC News.

Irene Wyke found it handy to be able to pick up what she needed when people were dropping by.

"I'm having company today and I'm out of a few things, so, it's wonderful," she told CBC News.

...but not for workers

But having a grocery store open its doors on a Sunday meant having staff at the store to make that happen.

Cashier Nicole Boulanger said it was not her preference to be working on a Sunday.

"I have a son, eight years old, and I like to do things with him," she explained.

Mike Mastronezio, a butcher at a grocery store, said most workers didn't want to be on the job that day.

A choice for the government

The union representing the grocery workers made their displeasure known.

Hundreds of grocery workers and union leaders spent the day travelling around Montreal to protest outside stores defying the law.

"It's clear from today's experience that most consumers like the stores open on Sunday and most employees would rather stay home," Ross said at the conclusion of his report.

"Now the next move is up to the government — it seems it will either have to change the law or strictly enforce the existing one."

Quebec's Sunday shopping rules would change eventually, but it wasn't until December of 1992 that the provincial government removed the barriers for grocery stores and other businesses to operate on Sundays, all year long.

In 2006, the Quebec government made it legal for grocery stores to stay open until 8 p.m. on Sundays.