The Canadian printer who successfully sued the Soviet Union

After being stiffed by the Soviets for a job he did in 1967, Wally Edwards had one of their ships seized to extract his money in 1980. 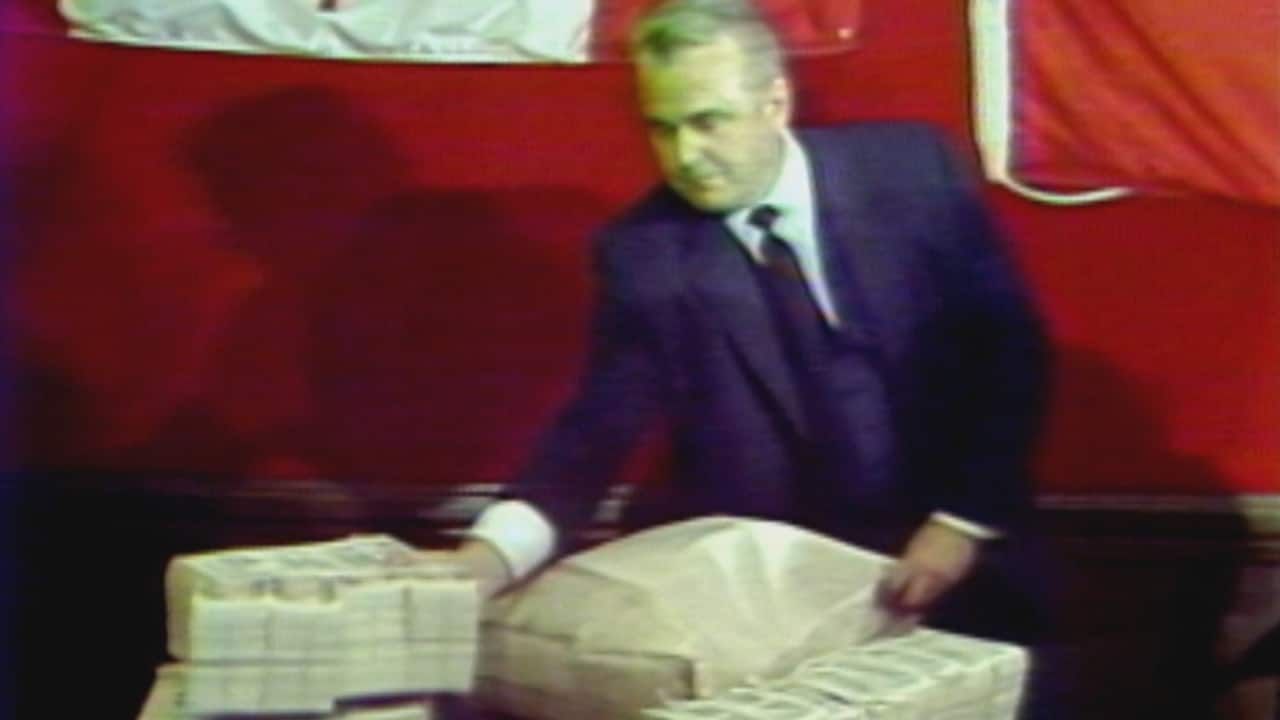 40 years agoVideo
2:27
Printer Wally Edwards successfully extracts a debt owed him by the Soviets in 1980. 2:27

After being stiffed by the Soviets for an Expo 67 job they'd hired him for, printer Wally Edwards finally got paid 13 years later.

And he did it by having one of their ships seized when it was docked in the harbour in Toronto.

In doing so, Edwards had showed Soviet officials "he had no intention of letting them off the hook," said the CBC's Knowlton Nash on The National on Oct. 22, 1980.

That was the day he celebrated his vindication "in grand style," said Nash.

Nineteen days earlier, the MV Stanislavskiy had been arrested in Toronto by the sheriff's office.

"That got the Russians' attention," said reporter Sheldon Turcott.

According to the Globe and Mail, the sheriff's office had been empowered to do so when Edwards had won a court order two months earlier.

But, Turcott explained, the Soviets didn't start to negotiate until after they were served with "a writ to freeze the Soviet embassy's bank account in Ottawa."

In a room at Toronto's Royal York Hotel festooned with Canadian flags, Edwards held a press conference that doubled as a party.

"It had all the flavour of a victory party following a Canada-Russia hockey series," said the reporter, as people were seen mingling while O Canada played in the background.

As the camera rolled, Edwards presented his lawyers, Ian Tod and Ron Manes, with commemorative tankards.

But the show wasn't over: Edwards then unpacked bundles of dollar bills — 36,000 of them — from a burlap sack. The resulting stack was a vivid picture of the money owed him, and paid, by the Soviets.

"Edwards had insisted it be paid in small bills so it would make a better show," said Turcott.

The Soviets had also paid the lawyers' fees of about $30,000, and thrown in something extra at Edwards's behest.

"Edwards asked for, and got, a case of caviar and vodka to seal the deal," said Turcott.

But the story wasn't quite over.

"In order to seize the Russian ship, Edwards and his lawyers had to sue the sheriff for not doing his duty," said Turcott, sitting next the the pile of $1 bills. "Now they think they might have a good case to sue the sheriff to recover their costs for that effort."

In a postscript, Nash — smiling after watching the report — said there was an "ironic twist."

A woman who had once worked for Edwards showed up at the party.

"And she claimed she was not paid when Edwards' company went bankrupt in 1973," said the host.