With signs and slogans, women turned out to mark International Women's Day on March 8, 1975 -- one day in a year the United Nations designated for women. 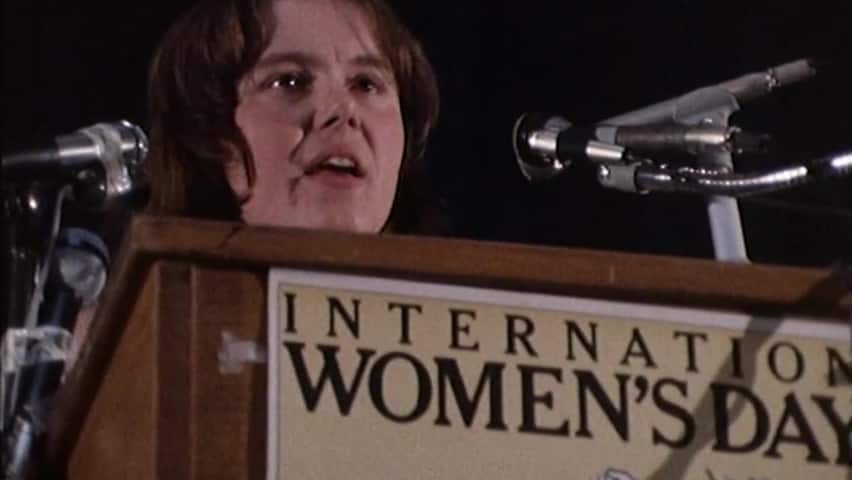 "Through the heavy snowstorm they came, chanting their slogans and singing their songs of protest," said CBC reporter Dan Bjarnason, pointing out that not only women were participating.

Seals had rights too

They carried signs demanding quality daycare and the right to choose — and were joined by protesters calling for an end to the Atlantic seal hunt, then a hot-button issue.

Before the march, an indoor rally was addressed by labour organizer Heather MacNeil, who talked about her eight years of experience helping women bank employees get the promotions they deserved. 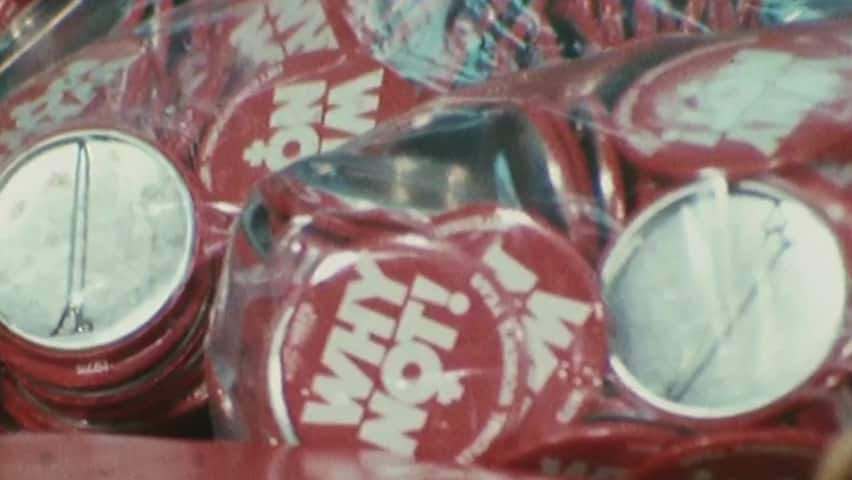 The Why Not! button campaign and International Women's Year

46 years agoVideo
2:52
The Canadian government's Why Not! button campaign has drawn criticism from some Canadian women. 2:52

The 'Why Not' campaign

The march may have had more participants than in years past because the government of Canada was celebrating International Women's Year.

Earlier in 1975, the CBC's Catherine (Trina) McQueen reported on the mixed reaction to the nationwide newspaper ads that were the most visible facet of the federal Why Not? campaign.

"The campaign, and the Why Not? slogan, have been denounced as a condescending waste of money by a whole spectrum of women's groups," explained McQueen.

The newspaper ads called attention to a lack of women on corporate boards, and inequality in earnings by men and women university graduates.

"It's tokenism to women," said Vancouver MP Simma Holt. "But the real things that matter to women are being delayed, set aside, and now it has almost become a joke."

The director of the International Women's Year secretariat disagreed.

The piles of letters to the campaign's headquarters requesting "Why Not?" buttons were no joke.

According to McQueen, the office had received more than 52,000 requests for buttons, posters and information.

"Ottawa may not be active enough on equal rights to suit some women, but it is militant about spending money," said McQueen. "For International Women's Year, the United Sates set aside about $300,000. Canada has $5 million."