Shania Twain's 'overwhelming' trip back to her hometown

Shania Twain says she was "treated like a queen," when honoured with a special day of recognition in her hometown. 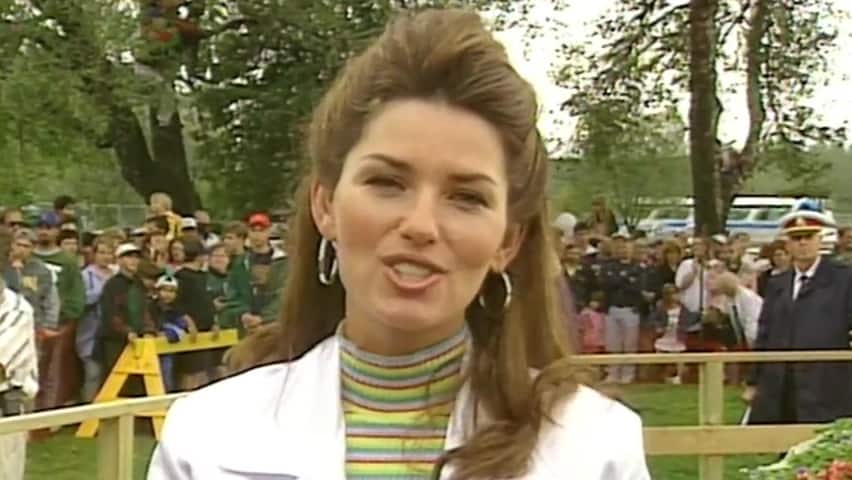 Shania Twain felt like the same person she used to be, but the people in her hometown obviously felt differently.

On August 15, 1996, the country-and-pop superstar was honoured with a special day of recognition in Timmins, Ont., receiving the key to the city.

They even called it Shania Twain Day.

"It's incredible to leave your hometown in pursuit of your dreams, as just an everyday person and then come back feeling the same way, but being treated like a queen," Twain told CBC's The National, when asked about the day. "It's very overwhelming."

And like a visiting royal, Twain's admirers followed her as she went from event to event (reportedly with her dog riding in her limousine with her, according to a story on the day's events from The Canadian Press). 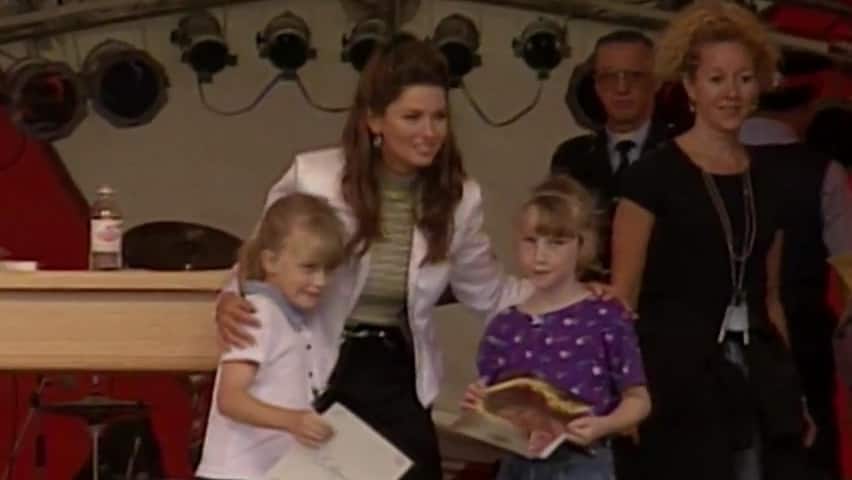 The honour came a few months after Twain's The Woman In Me won her a Grammy Award for best country album. (It would go on to sell more than 12 million copies in the U.S. alone, according to statistics listed on the Recording Industry Association of America website.)

Her many fans who attended Shania Twain Day put up with some bad weather, which they did willingly in hopes of catching a glimpse of the singer. 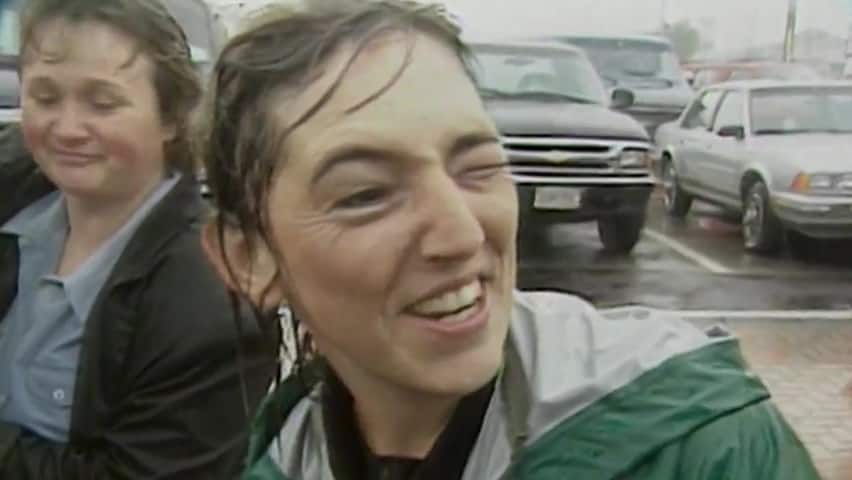 'The greatest country music singer in the world'

24 years agoVideo
1:04
The weather wasn't perfect on Shania Twain day, but fans stuck it out to see the singer. 1:04

Twain joked about her local fans' willingness to stand in the rain.

"We're tough — we're not made of sugar, right? We're northern Ontarians, we can deal with the weather!" she said.

Another fan drove hundreds of kilometres, with her two daughters in tow — both of whom wore matching, purple Shania Twain T-shirts.

"We're Shania Twain fans and my girls are very excited," she explained to Bjarnason. Fortunately, she and her daughters were among the lucky ones to get a photo with the singer.

Within a few days, Twain was due to sing at a birthday party for then-U.S. president Bill Clinton. Asked which one was a bigger deal, the songstress went with an answer sure to please her hometown.

"I have to say, emotionally, this is the bigger day," said Twain, whose own birthday also falls in August. "This is more of a sentimental time for me. I mean, this morning, I practically cried my eyes out. It was everything I could do to keep myself together."