How parents pulled off a haunted house in Saskatoon of 1986

It purported to be "the House of Family Physician Dr. Blade." But it promised not health care, but an old-fashioned scare. 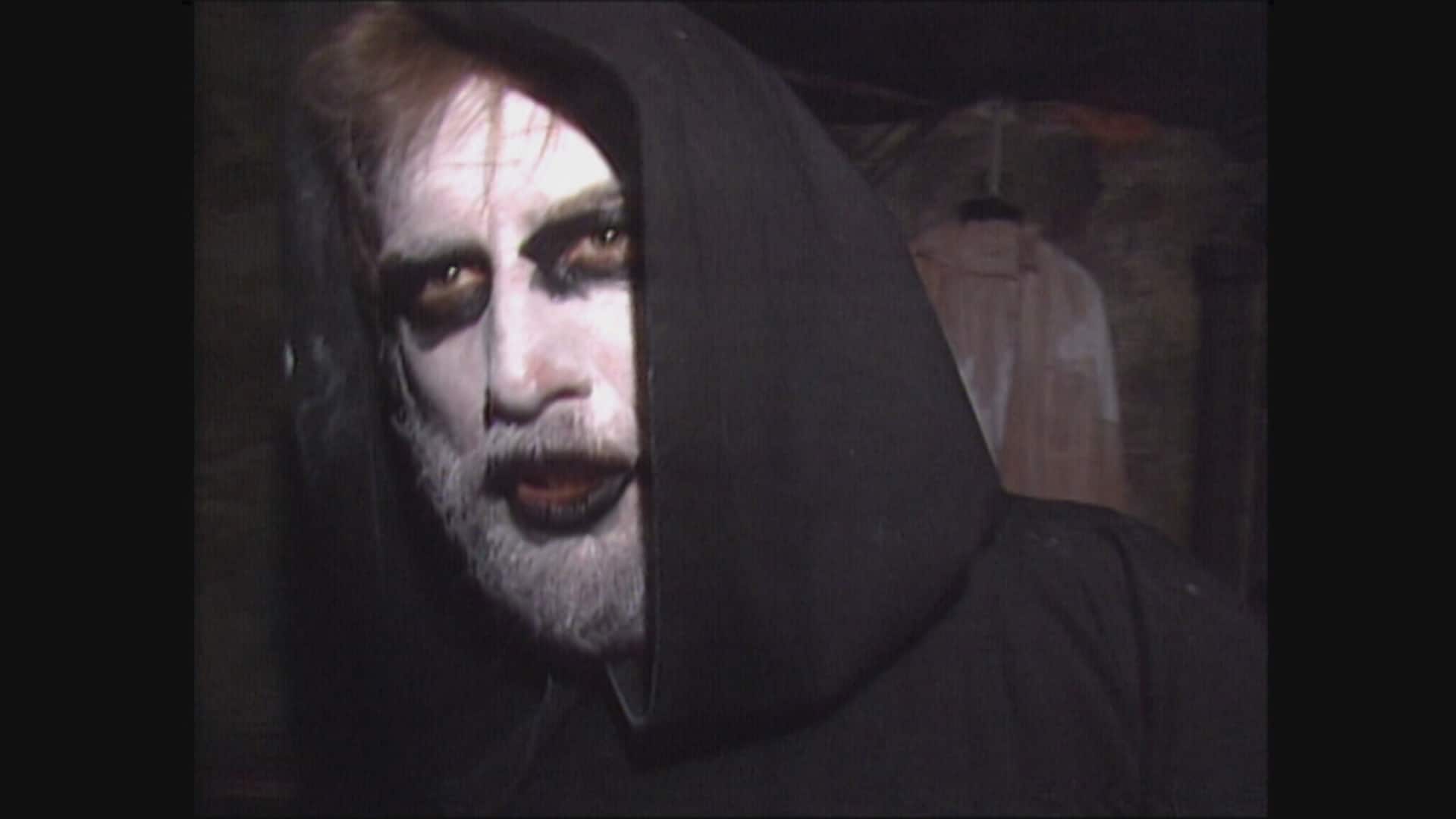 34 years agoVideo
1:42
Parents play a big part in a Halloween haunted house hosted by the Scouts. 1:42

It purported to be "the House of Family Physician Dr. Blade." But it promised not health care, but an old-fashioned scare.

CBC reporter Laura Herperger braved the horrors inside the spooky Saskatoon structure leading up to Halloween in 1986, and a blood-curding witch's cackle could be heard even before she crossed the threshold.

"Once inside, there are rooms of mystery, fantasy and fun," she said, as a queue of kids was seen being greeted by a white-faced figure in a black hood.

The house, which visitors paid a cover charge to tour, was a fundraising effort by a local group of Scouts.

"Look around for some more clues," said a ghostly guide also in white makeup. "The house of Dr. Blade."

Herperger said scout leaders had been at work in the rented house since May, installing props and special effects like a replica stockade seen trapping a young but apparently willing prisoner.

"It's been left to the parents to do the entertaining," explained Herperger. A man was seen in the role of a severed head resting on a platter labelled "Head Cheese" on a banquet table.

He demonstrated some of the expressions he affected while playing the role.

"There's the recently cooked look," he said, closing his eyes and remaining still.

But he said he was "trying to resist taking a bite out of the toes back over here," and the camera moved back to reveal a woman portraying a second severed head and a set of hands and feet.

"The people working on the house are giggling and laughing all the time, and they're having a great opportunity for creativity and lots of fun," said an uncostumed man.

People who emerged from the house described it as "great," enjoying a rocking chair that rocked on its own and a room with a "secret passageway."

The house was open for just two weeks, and its last day would be Halloween.

"Organizers are preparing for that evening to be their busiest," said Herperger.