Chien-a-porter: the woman who made her dog's fur into clothing

Who knew a story about pet fur could be so compelling? The producers at Midday knew, it would seem. 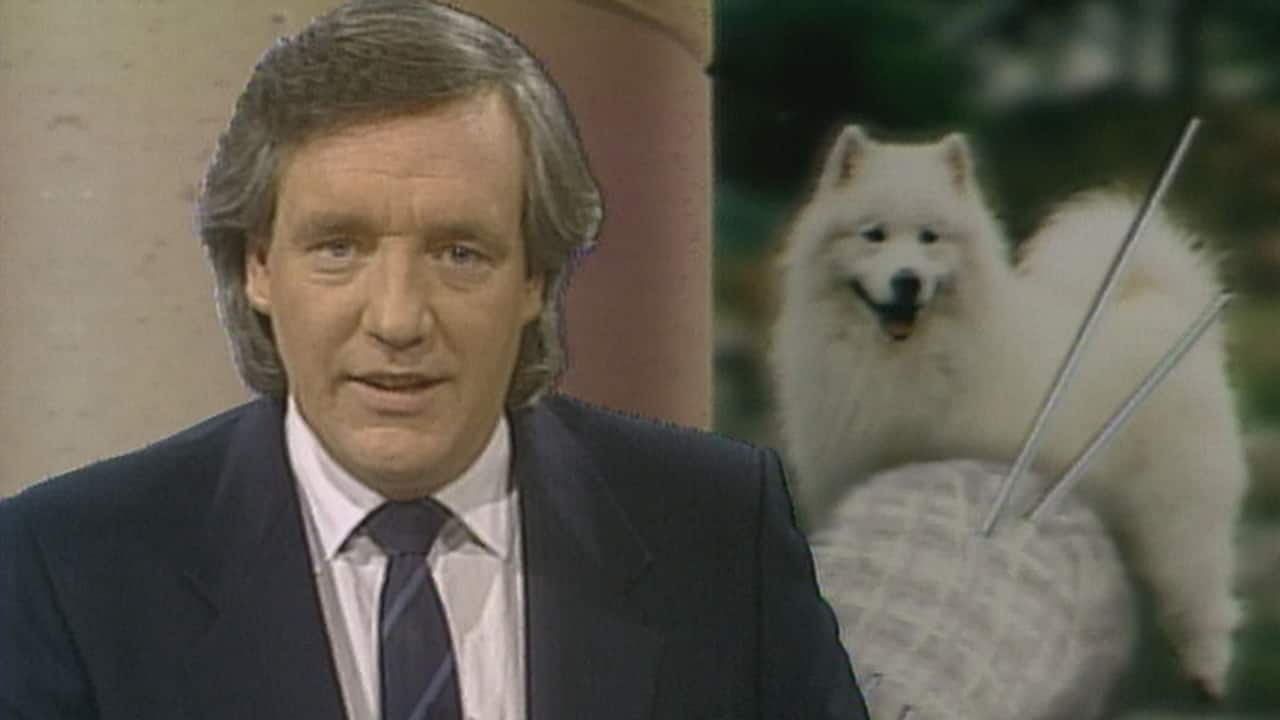 The Samoyed whose fur was made into a sweater

32 years agoVideo
5:13
In January 1989, Midday talked to a Nova Scotia woman who had gathered what her Samoyed had shed and had clothing made from it. 5:13

Who knew a story about pet fur could be so compelling?

The producers at Midday knew, it would seem.

Thirty-two years ago, the current affairs program aired an interview with a Nova Scotia woman who found a way to repurpose some of what her dog had shed.

Peggy MacLean explained how she had, over many years, gathered the output from the coat of Mishka, her beloved, 14-and-a-half-year-old Samoyed, and then had it made into clothing.

"I'm getting lots of wool out of him," MacLean told Midday from her home in Bedford, N.S., during an interview that aired on Jan. 6, 1989.

During the interview, she demonstrated how much shedding her Samoyed was capable of, by gently pulling a tuft of fur from Mishka's coat.

"It's a nightmare," MacLean said, as a semi-restless Mishka sat in front of her. "I was just saying to the chaps here, anybody who is a super-housekeeper, I don't think they could have a Sam, because you have to be prepared for lots of hair and wool."

There was also a backstory to how MacLean got the idea to use Mishka's fur for something.

It involved a cashmere sweater that he had chewed up as a young pup.

"He ruined that. I was very upset and I said: 'Mishka, believe me, one day, I'll wear you around my shoulders' ... and so we've reached that day," said MacLean.

A process of spinning and dyeing

As MacLean explained, the dog fur, which had filled "several garbage bags," had to be washed and spun into skeins of yarn, then knitted into the resulting clothing.

"I took them to a lady who did the spinning. I think she had the worst job of all, really, because the wool had to be washed and you know, picked apart," MacLean said.

"And then she spins it and puts it into skeins and then she knit a sweater for me."

The dog had also shed enough of the warm and lightweight fur for a pair of gloves, as well as a coat that had been dyed a dusty rose shade.

It wasn't as if she was running out of garments to create from her dog's fur at that point, either.

"I'm having a vest made now," said MacLean.