A dramatic rescue off Sable Island in 1988

When a storm ripped a hole in the side of the Greek freighter Katia, a Canadian helicopter swung into action to get the crew off safely. 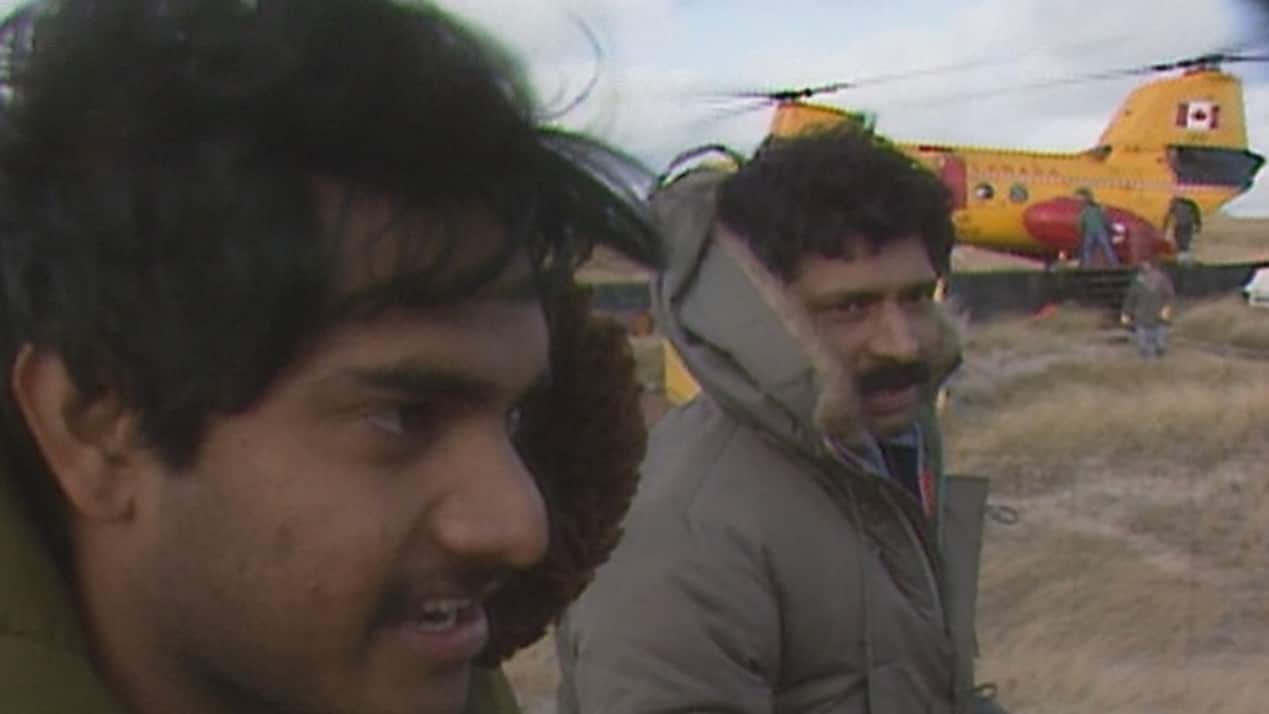 Rescue at sea near Sable Island

The ship was taking on water faster than the crew could pump it out.

As CBC reporter Kevin Evans reported on Nov. 24, 1988, a storm had "ripped a hole" in the hull of the Katia, a Greek-owned freighter in the Atlantic.

"It was listing and wasn't likely to make port," said Evans. "Waves two storeys high were still battering the ship when help arrived."

That help was a Canadian search and rescue helicopter.

With that, said Evans, the captain decided to abandon ship — and the crew of 27 was rescued one by one, each "lifted off the stern of the pitching ship."

It took nearly an hour and a half to lower 11 of the men onto a "nearby bulk carrier" and drop off the rest onto Sable Island — a place Evans later said was known as the "graveyard of the Atlantic."

A crew member was seen kissing a small icon of the Virgin Mary on the beach.

"Sable Island may be just a barren mid-ocean strip of sand for some," said Evans. "But, for the rescued sailors, it was a piece of heaven."

A ship's crewman agreed enthusiastically when Evans asked if a cheer had gone up when help arrived.

"Yeah, yeah, yeah! They were all thrilled and happy," he said. "Before that they were all gloomy and sad — 'What's going to happen? Who's going to die next?'"

Over the centuries, Evans said, "hundreds of ships" had been lost off Sable Island. The Katia had looked as if it might join them.

After taking the remaining 16 men to Sable Island, the helicopter had had just 10 minutes' worth of fuel remaining and remained there to "top up its tanks" before heading to Halifax.

Sgt. Bob Lang, one of two helicopter rescuers, was pleased to have been there to help.

"It always feels good when you're able to get people off a ship," he said. "It looked pretty bad on their end. They were quite concerned out there."

His unidentified colleague noted that the Katia had been "starting to go underwater."

"The water was coming over the back and sides," he said.

Between that and another storm in the forecast, the Katia — now drifting 200 kilometres off Sable Island — was in danger of sinking, said Evans.

"Mercifully today there will be no graves," he wrapped up. "Only the jubilation and the gratitude of 27 sailors very happy to be alive."