How Reader's Digest caused 'chaos' at the post office

A cascade of 25-cent pieces meant big headaches for mail-sorting machines in post offices across Canada in January 1981. 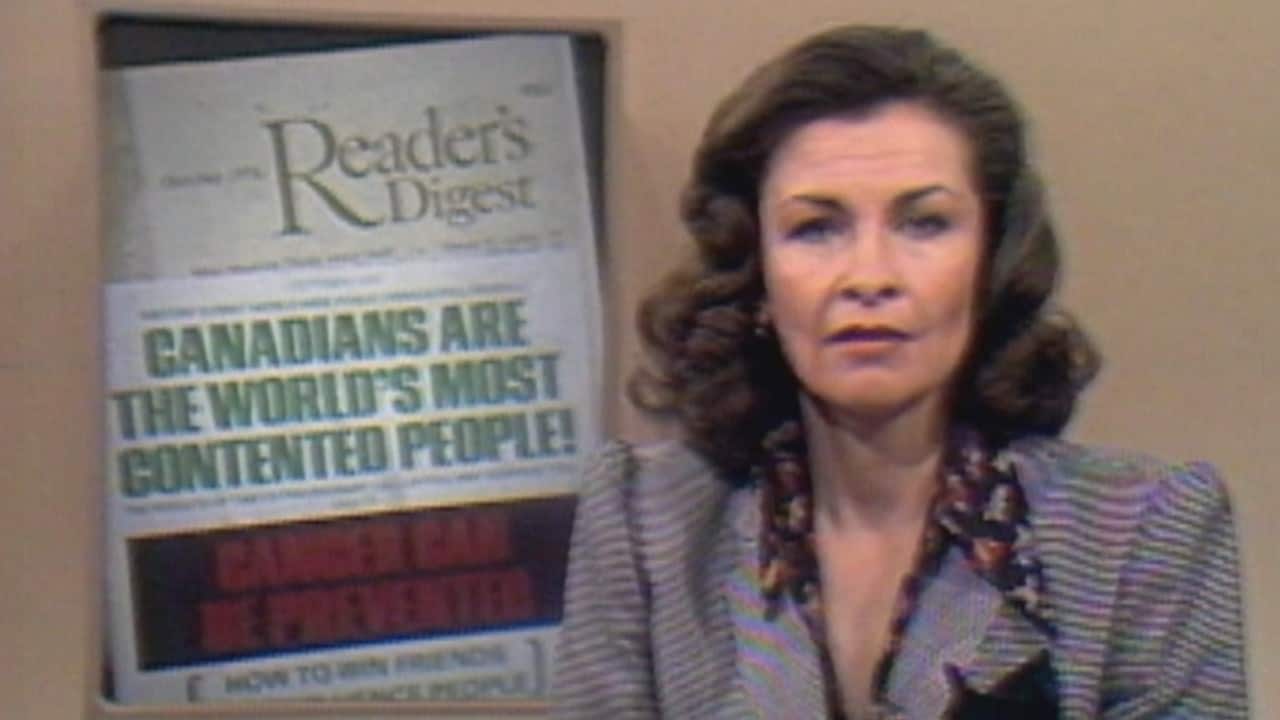 40 years agoVideo
1:41
Thousands of quarters sent through the mail in 1981 slow down delivery across Canada. 1:41

A cascade of 25-cent pieces meant big headaches for mail-sorting machines in post offices across Canada in January 1981.

"Thousands of people are sending coins through the mail," said Jan Tennant of CBC's The National on Jan. 10, 1981.

And that was slowing down all the other mail that needed to get through.

People were putting quarters in the mail to take advantage of "a special Reader's Digest book offer," explained Tennant, who said the "popular magazine" was "unwittingly causing chaos."

Reporter Alf Cryderman went to the Edmonton mail-sorting facility to see where the automatic sorting machines, which he said were worth $250,000 each, had been rendered useless by 25-cent pieces.

He said quarters had caused "at least three separate breakdowns" the day before, which had so far been when envelopes destined for the magazine had "peaked."

There had also been "numerous jammings and a lot of lost time."

"Quarters are being ripped out of the envelopes and falling into the machinery," he said.

Workers could sometimes trace a quarter to its "proper envelope" and tape it on before sending it to its destination.

Loius Cyrenne, a spokesman for the post office, said it was "extremely difficult" to prevent the problem envelopes from getting into the machines.

"What we're trying to do is to ask people not to put a 25-cent piece into the envelopes," he said. "Put in a 25-cent cheque.

"It would stop a lot of our problems, I can assure you."