When Old Dutch sent its chips to the Ontario market, the chip-maker expected for them to be bought up — just not necessarily by the competition.

In 1991, Old Dutch sent chips to the Ontario market, where a rival started snapping up its stock 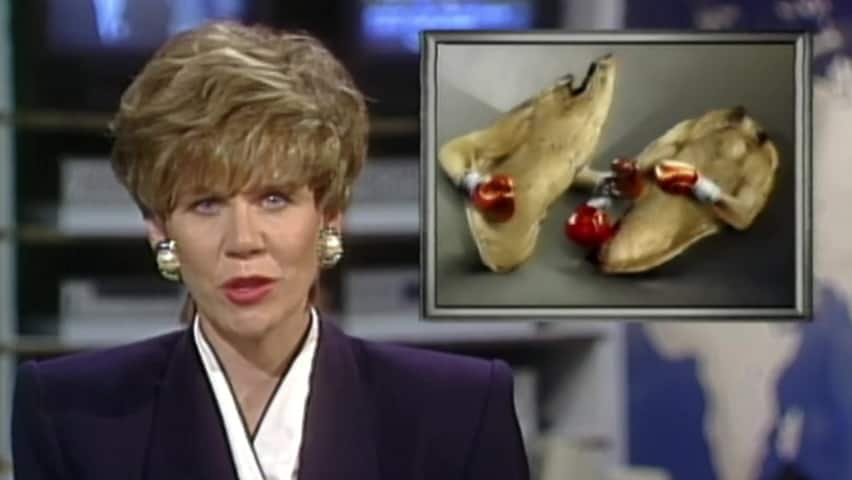 When Old Dutch Foods sent its chips east to the Ontario market, the chip-maker expected they would find buyers — but not that those buyers would be the competition.

But that's what was happening in some cases in 1991, when Hostess Frito-Lay was buying up Old Dutch stock from store shelves.

"They offer to buy all of our product — at cost or at retail — and they tell [the stores] never to carry Old Dutch chips again and they'll give them a better price," explained Duncan McPhail, an Old Dutch salesman who spoke to CBC News in July of that year.

McPhail said the approach had been made at all 100 of the Ontario stores that he sold chips to.

The CBC's Kelly Crowe reported on The National that Hostess admitted to having its salespeople buy up its competition's stock "in some cases," but a company executive said it had done so at the direction of the stores it was doing business with.

"In some of those situations, the retailer was keen for us to buy the product off the shelf, such that he could make better use of his shelf space," said Hostess Frito-Lay President Jim Postl, when speaking with CBC News.

The Globe and Mail reported Hostess had been buying "entire stocks" of Old Dutch chips in the Toronto area for several months. The paper said the Winnipeg-based company had only started marketing its products in central Canada that year.

'Something we have learned to live with'

To Vickie Kerr, the tactics were familiar.

The entrepreneur behind the Miss Vickie's potato chip brand told CBC News that she had seen other big companies use the same tactics against her business in markets in western Canada.

"It's just something we have learned to live with," Kerr told CBC News.

"We work around it," she added. (Hostess would actually buy the Miss Vickie's brand two years later.)

On The National, Crowe closed her report by noting that Old Dutch had asked the federal Department of Consumer and Corporate Affairs to investigate the matter.

Later reports from the Globe and Mail and the Canadian Press suggest the federal competition bureau did look into the situation, but eventually ended its probe after it determined Hostess had ceased purchasing its rival's chips from stores.