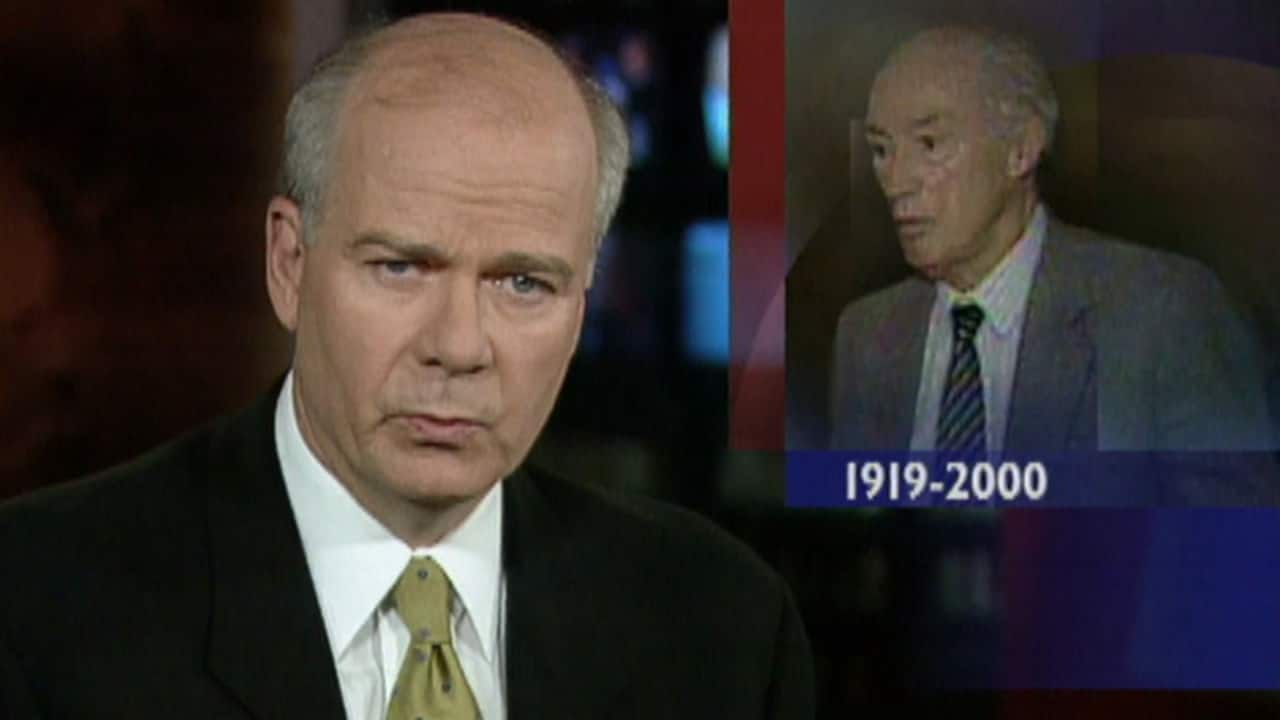 20 years ago
1:00
Peter Mansbridge interrupts coverage of the Olympics in Australia to bring CBC viewers news of Trudeau's passing. 1:00

CBC Television had been broadcasting a footrace from a stadium at the Olympic Games in Sydney, Australia on Sept. 28, 2000 when a news bulletin interrupted it.

Pierre Elliott Trudeau, prime minister of Canada from 1968 to 1984 (with a brief interlude as opposition leader), was dead at 80.

An obituary with what he called "fascinating images" from political correspondent Jason Moscovitz had just aired when anchor Peter Mansbridge came back to break the news a second time for those just tuning in.

"Justin and Sacha Trudeau regret to inform Canadians that their father, the Right Honorable Pierre Elliot Trudeau, passed away shortly after 3 p.m. this afternoon," Mansbridge read from the sons' statement.

A 'giant' of politics 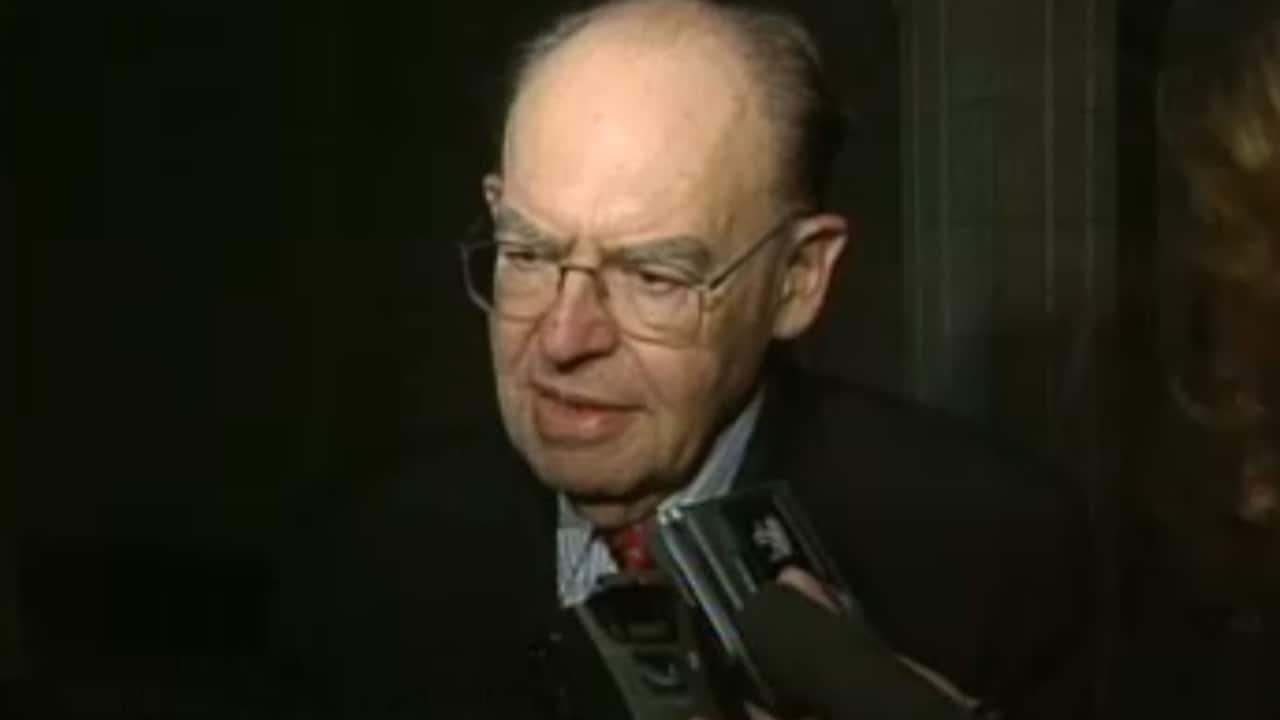 20 years ago
3:33
News of the death of Pierre Trudeau sparks memories for the MPs who worked with him. 3:33

Mansbridge said it was news that Canadians had been "dreading" for previous few weeks since it became clear that Trudeau's illness was "a serious one."

That night's The National included a report from a place where Trudeau had "cast a long shadow" on Canada and its politicians, and where his impact was still felt: Parliament.

In the House of Commons that day, MPs observed a moment of silence for Trudeau, including one who had worked with him.

"He was a giant [in] his achievements," said Deputy Prime Minister Herb Gray. "I think of his Charter of Rights and Freedoms and his Constitution. That really won't be equalled in our time for a long time to come."

Another fellow Liberal, Senator Bill Rompkey, described Trudeau as an "intense personal man" who held "his own beliefs" and "fixed ideas," yet was willing to listen to other viewpoints.

"You had to be sure that you could defend what you were saying, because he would challenge you."

Gib Parent, the Speaker of the House, applauded Trudeau's abilities in Parliament.

"He pushed the other members on the other side to their limit," recalled Parent. "He wasn't a passive man. He was a very passionate man."

Even Joe Clark, who by then was once again at the helm of the Progressive Conservatives and had been defeated by Trudeau 20 years earlier, had good things to say about him.

"He was a giant of a man," he told reporter Susan Bonner. "[He] set a standard by which others who follow him will be judged for a long time." 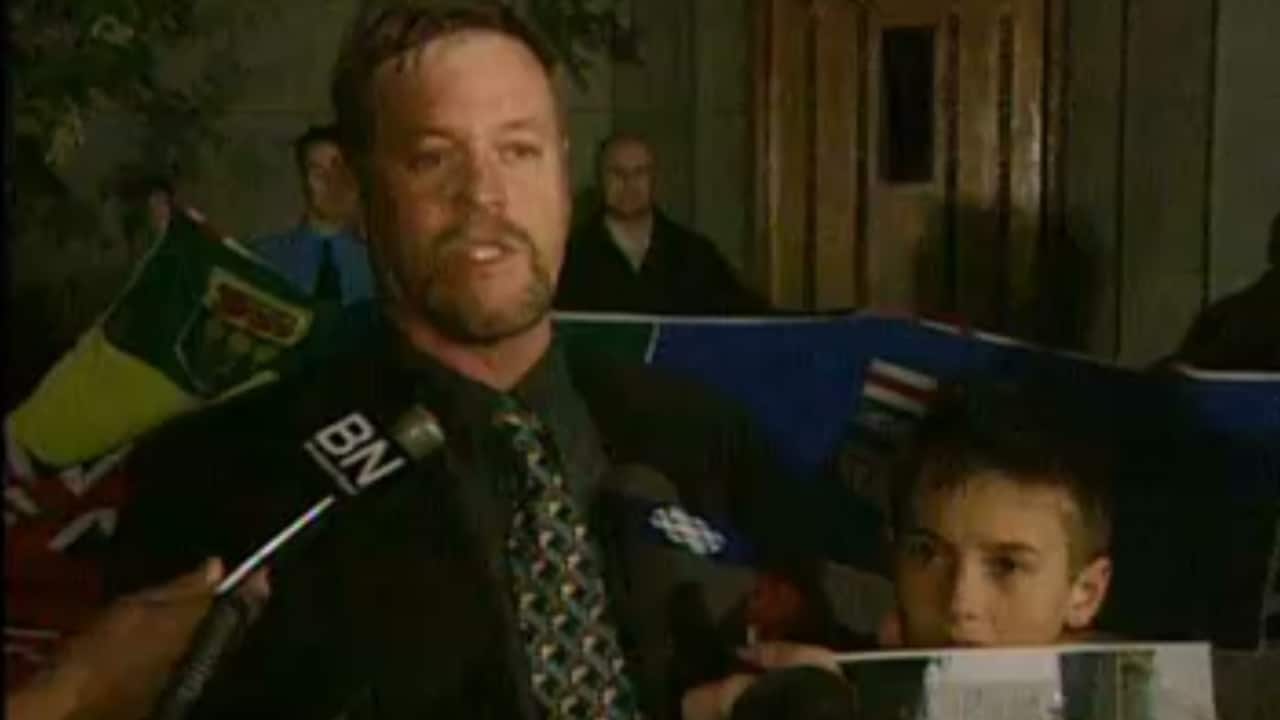 20 years ago
3:48
In the city where he lived, Pierre Trudeau's death is especially personal. 3:48

In Montreal, where Trudeau made his home after retiring as Prime Minister, reporter Lynne Robson encountered a steady stream of mourners turning up outside his house.

"It's a tremendous loss for Canadians," said one man.

"He was just a great man," said Stephen Stratton, who identified himself as Trudeau's friend and, apparently overcome with grief, waved off the camera.

"He was good for Canada, but not for Quebec," said a third, in French.

Senator Jacques Hébert, who Robson said had been "best friends" with Trudeau for "more than 50 years," had seen Trudeau in the weeks leading up to his death.

"He was already ... really very, very thin, and could hardly talk," he said. "I felt that he was at the end of his life."

"I think he was very serene about it and was waiting for that in the best possible way."