The Nova Scotia farmer who sold the secret to supersized pumpkins

A lot of people made a hobby of raising gargantuan pumpkins. But prize-winning grower Howard Dill found a way to make money even before they started to sprout.

For 'Pumpkin King' Howard Dill, it all started with seeds 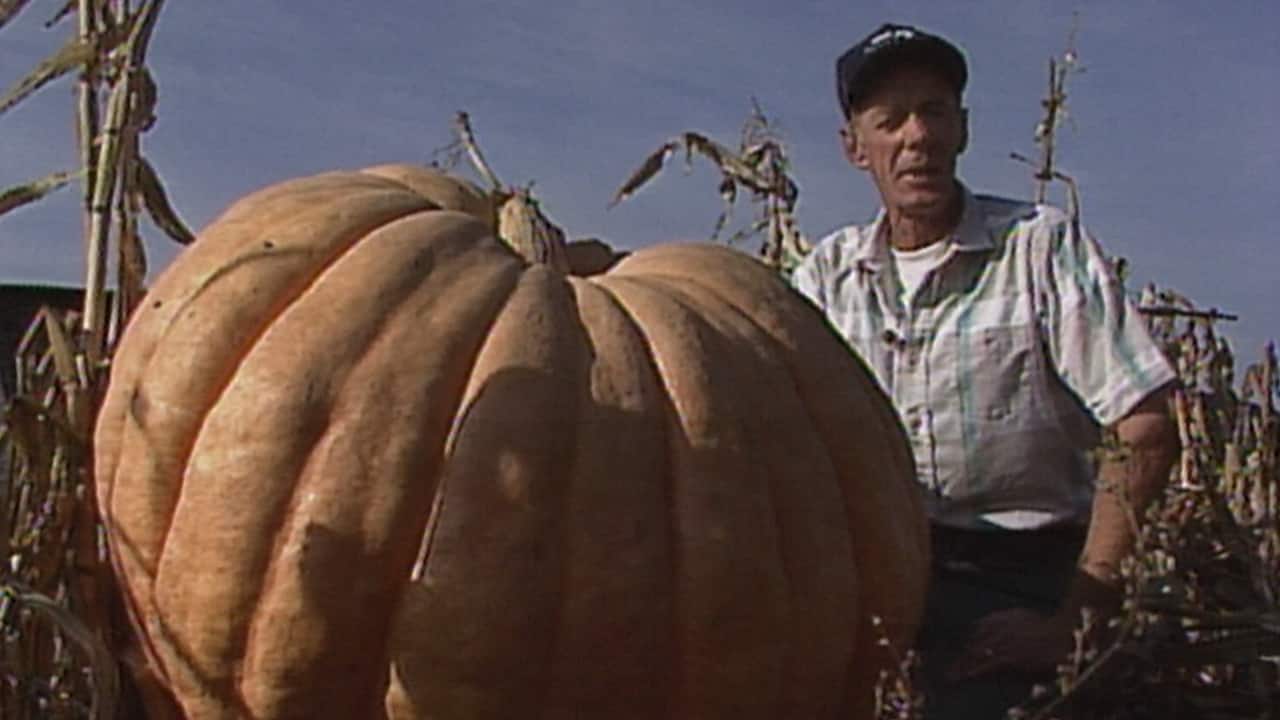 The secret to giant pumpkins

31 years agoVideo
1:56
A Nova Scotia farmer figures out where the real money is when it comes to growing huge pumpkins. 1:56

A lot of people made a hobby of raising gargantuan pumpkins. But a prize-winning Nova Scotia grower found a way to make money even before they started to sprout.

"His name is Howard Dill," said reporter Susan Ormiston on CBC Halifax's 1st Edition the day after Halloween in 1989. "Better known as the Pumpkin King."

As Dill walked through a patch of his land, it wasn't hard to see why: the ground was strewn with the supersized orange fruit.

"In years gone by, he's grown the biggest pumpkins in the world," said Ormiston. "A string of giants over 400 pounds." (That's 180 kilograms.)

At the time, a world record pumpkin

But 400 pounds was "puny" compared to what Ormiston said was, at the time, the most recent world record of 755 pounds (342 kilograms). Dill couldn't take credit for that achievement — except for one aspect.

The record-holding pumpkin had been grown from one of his seeds.

"The possibility's there," said Dill, pointing to the cluster of seeds he had pulled out of a waist-high specimen.

According to the Globe and Mail, Dill's pumpkin prowess had escalated in 1979, when he grew a pumpkin weighing 195 kilograms, smashing a record that had held for 76 years.

Ormiston said the secret was genetics. Dill cross-pollinated a blossom from a female pumpkin plant with another from a male plant, "and hopes that the resulting pumpkin is a champion with some super seed."

"This pumpkin would be roughly about 400 pounds at the moment," said Dill. "But genetically, I think it's capable of producing 600-pounders and hopefully maybe sevens."

Dill estimated that of the "two million gardeners out there today," about 10,000 were "serious." Those people were the market for his seed company, and Ormiston said there was "quite a demand" for the seeds.

The seed was available at stores, but the family still got "lots of personal requests."

"I never thought it would get this big," said Dill's son Danny, who handled the mail orders that poured in.

So widespread was the fame of Dill's pumpkin seeds that growers went to great lengths to procure them.

"This came a few years ago," he said, pulling out an envelope from his archives with a New York return address. "And what it says: Mr. Pumpkin, Ontario, Nova Scotia, Canada."

In October 2020 a pumpkin nicknamed the "Tiger King," grown by a man from Minnesota, won the Safeway World Champion record with a weight of 1,065 kilograms (2,350 pounds).

According to CNN, the largest pumpkin in Germany for 2020, weighing 720 kilograms, was grown from one of Dill's patented Atlantic Giant seeds.