Picking apples may not have been an easy job in 1986. At wages of $10 a bin, finding pickers wasn't easy either.

Climbing a ladder to fill a bin earned workers $10 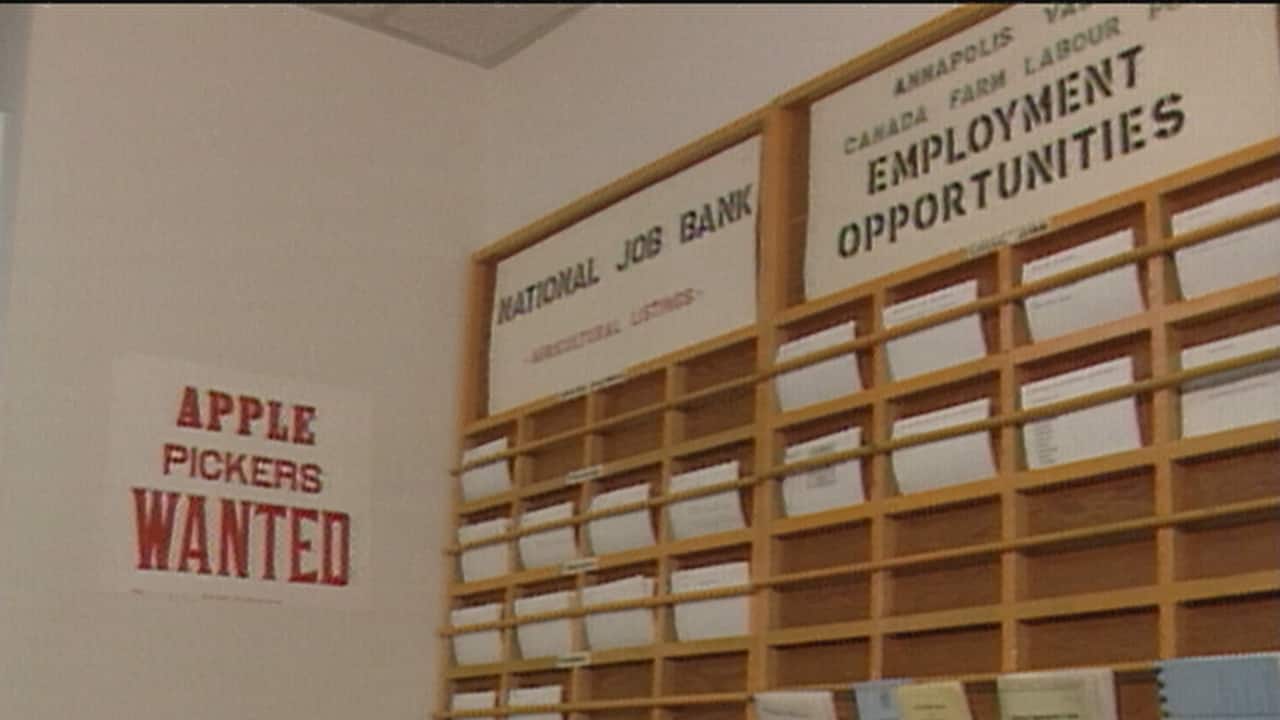 A lot of apples, not enough pickers

The summer of 1986 had been unkind to a lot of apple farmers in Nova Scotia.

But at Broadview Farms in Wolfville, N.S., there was no shortage of apples, as the CBC's Lena Sadiwskyj reported that October.

Rather, there was a shortage of pickers willing to do the work of bringing in the harvest.

"Many people thought there wouldn't be enough fruit to make apple-picking worth their while," said the reporter. "So they didn't bother looking for jobs."

"We've got probably 50 acres left to pick here now," said the farm's owner. "If we get snow and we can't get it in, then it's worthless."

Sadiwskyj said the Annapolis Farm Labour Pool had been trying to help, finding jobs for "more than 300 pickers." But it was still seeking 200 more.

"The pickers get $10 a bin," said the reporter, as a camera showed a man in coveralls on a ladder.

"It's not much. But for many of them, it's money they weren't counting on."

(According to Nova Scotia Agriculture, a bin was equivalent to 27 bushels in 2009.)

"Without apples, you'd have no income at all," said a young man with blond hair. "Work's hard to find, and this is about the easiest place to get it nowadays."

But with workers like him hard to find, the farm's owner was having trouble bringing in all the apples.

According to reporting in the CBC catalog, the harvest was better in Nova Scotia the following year, in 1987, but pickers were still hard to find — even though the pay for filling a bin had climbed to $12.