When music met the internet in 1994

No longer did an independent band have to make a slickly produced music video for people to hear their music. 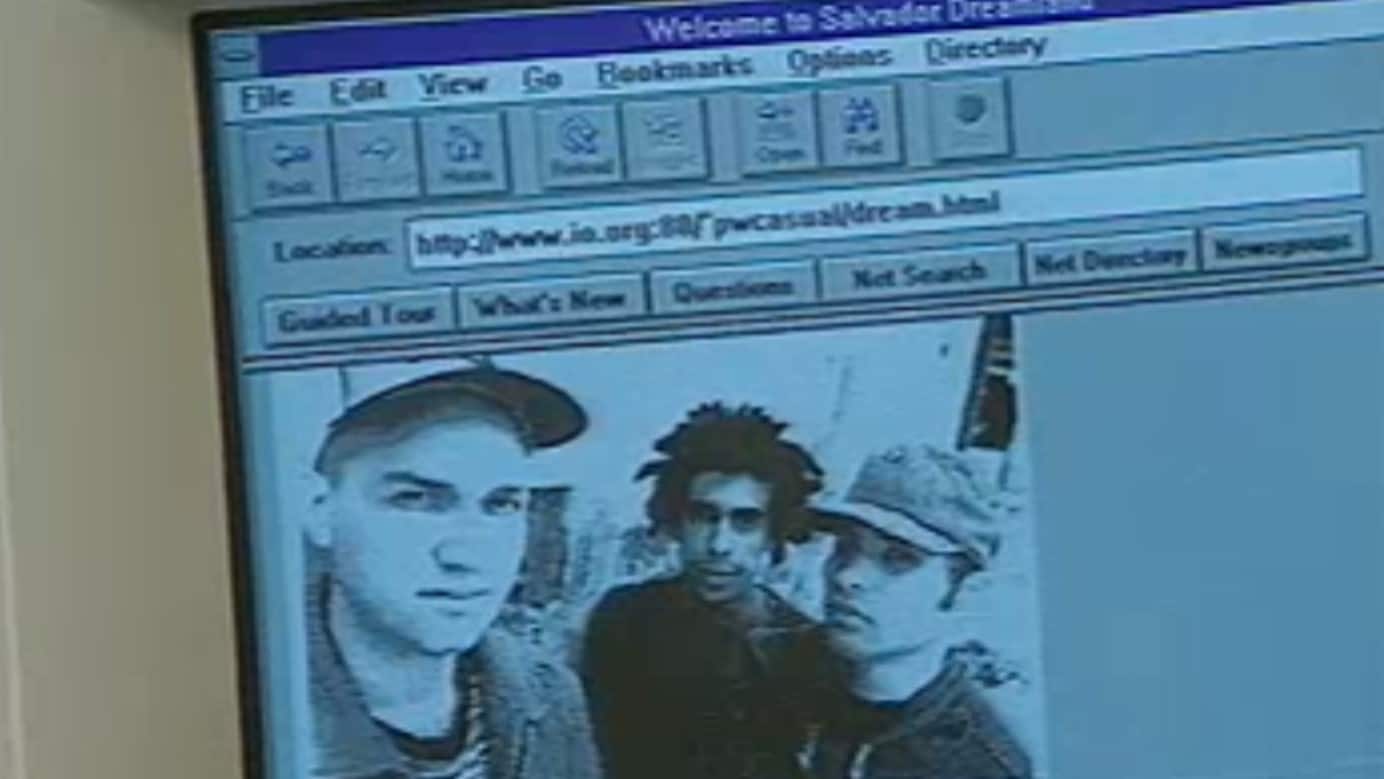 Now available on the internet: music

No longer did Vancouver band Salvador Dream have to make a slickly produced music video for people to hear their "alternative sound."

Instead, as CBC reporter Anna Ceraldi explained in a news report on Nov. 22, 1994, the major-label band had posted their songs on the internet — and that meant about 1,500 "internet subscribers" had listened to their music.

On the internet, Salvador Dream had an "electronic press kit" complete with bios, song samples in .mpg format, "and even a touring schedule."

"Whether you're a major-label band or just starting out, pressing your tapes in your basement, it's still a great opportunity to put yourself in front of the world," internet marketer Mark Jeftovic told Ceraldi.

Jeftovic predicted a musician would soon be discovered solely through the internet and be a hit "all over the world."

"I'm sure sooner or later, the internet's answer to the Barenaked Ladies will come along," he said. "Some band will put up some tape they made in their basement and it'll be downloaded 10 million times."

Not if the big record labels could do anything about it.

"Once people can start sending music around the world on computer wires, you get a bigger problem than home taping piracy," said Mike Peters of Warner Music Canada.

(File-sharing would go on to tip the music industry into turmoil, but not as badly as the record industry suggested it had, according to researchers at the London School of Economics in 2013.)

For Salvador Dream's Russ Klyne, putting the band's music on the internet could only be a good thing.

"It doesn't have much to do with playing live on stage," he said. "[But] at least people could be touched by it in some way."