After more than 11 years at the helm of the British government, Thatcher was pushed out in 1990

Thirty years ago, Britain was on the cusp of having a new prime minister and that pending change was making news around the world, including in Canada.

That's because Margaret Thatcher, the longtime Conservative party leader and prime minister, was facing a leadership challenge that would push her from office after 11½ years at the helm of the British government.

The rise to power of Britain's first female prime minister, her polarizing style of governance and eventual dramatic exit are among the key storylines explored on the latest season of the Netflix series The Crown.

But back in November 1990, the story of her ouster was playing out in real life, starting with the resignation of Geoffrey Howe, the deputy prime minister, at the start of that month —  a development that was mentioned in a brief item on The National.

"He told Margaret Thatcher he can't go along with her policies on Europe," The National's Peter Mansbridge told viewers on Nov. 1, 1990.

"Thatcher is resisting efforts to unite all Europe with one currency," Mansbridge said, noting another senior British minister had quit over the same issue the year before. 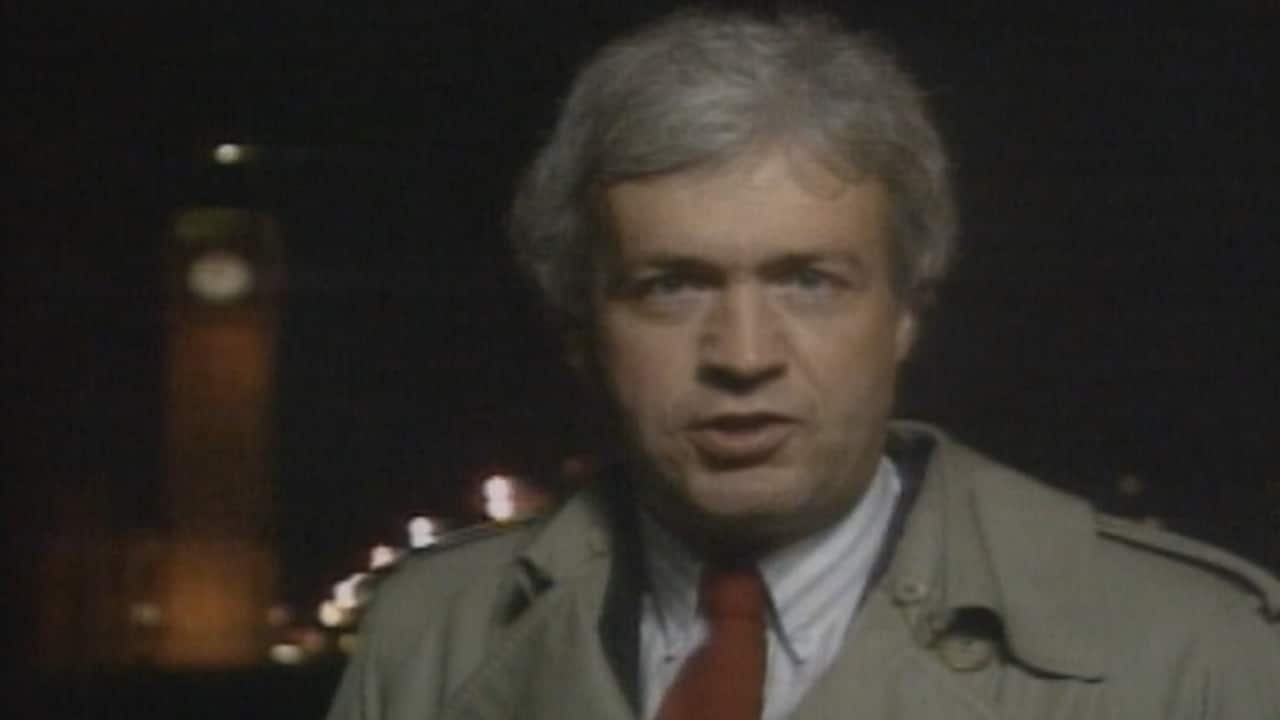 30 years agoVideo
0:17
In early November 1990, Claude Adams provides an update for viewers on The National on the challenge to Margaret Thatcher's leadership. 0:17

At first, it wasn't necessarily clear that Thatcher was going to be making an exit from 10 Downing Street anytime soon.

"For all her problems, Margaret Thatcher is still firmly in control," Claude Adams reported on The National on Nov. 7, 1990, nearly a week after Howe's resignation.

"Nobody in the Conservative Party has the stature or the will to seriously challenge her leadership right now. The betting is that any real challenge will come after the next election."

Yet eight days later, Thatcher had a formal challenger — Michael Heseltine, a former defence minister — to contend with on the leadership front.

"The opinion polls now show that I am best placed to recover those people who have indicated that without a change in leader, they will not vote Conservative in the next election," Heseltine told reporters on Nov. 14, 1990. 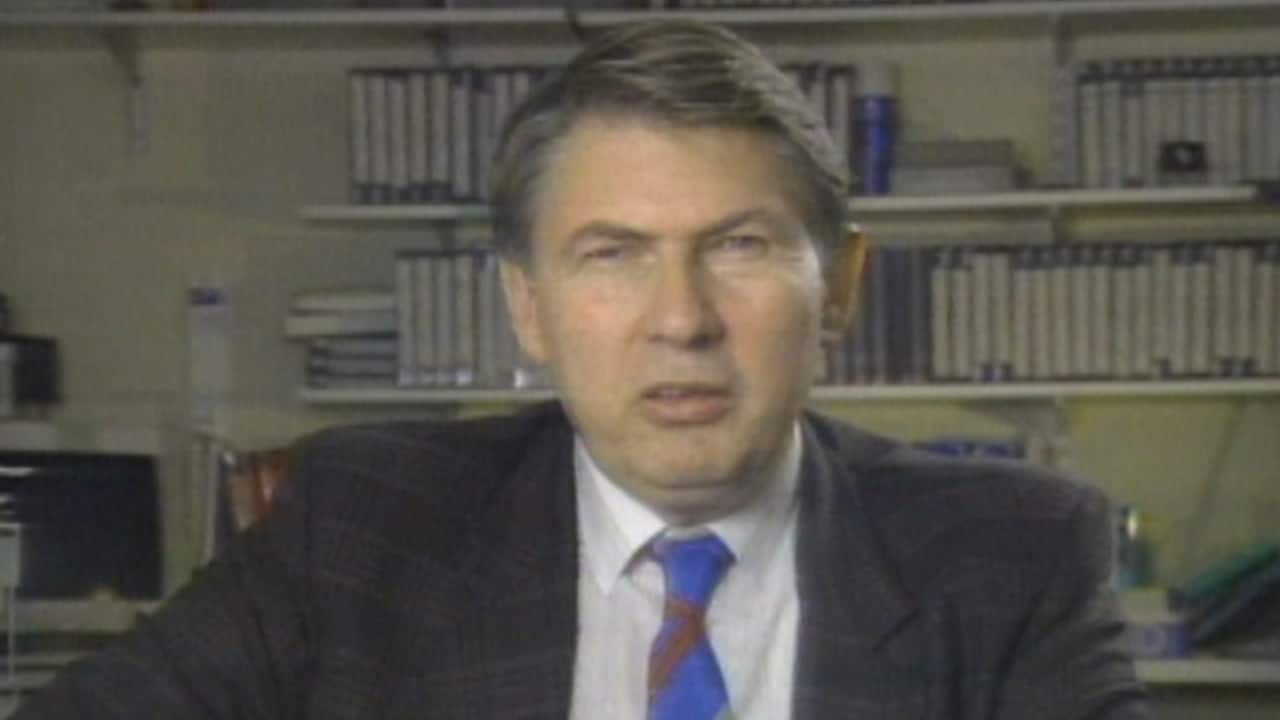 Can Margaret Thatcher remain in power?

On CBC's The Journal that evening, Barbara Fum looked to Edward Pearce, a journalist with the Guardian newspaper, to put the leadership fight in context for those watching it from afar.

Pearce saw it as a story of "somebody finally getting a comeuppance" after a long history of clashing with opponents.

"Mrs. Thatcher has held power, done many necessary and useful things and shown great courage, but she hasn't had good relations with her colleagues," Pearce told The Journal.

"For a long time now, she's disposed of some of them as if they were biodegradable paper cups — and in the process she's made enemies ."

Pearce believed it was unlikely that Thatcher could survive the efforts to push her out, although he seemed skeptical that Heseltine — who he said was opposed by the Prime Minister's Office — would ultimately replace her.

'A lot of dissatisfaction'

Pearce was right: On Nov. 20, 1990, Thatcher faced a leadership ballot and while she drew the most support from Conservative MPs — and more than Heseltine — she did not win enough support to keep her job without going through another vote.

"This is what most people expected would happen," said Bernard Simon, a Financial Times journalist, when discussing the leadership drama on CBC's Midday after the results were known.

"There was clearly a lot of dissatisfaction with Mrs. Thatcher, but on the other hand, she does have quite a lot of supporters, too, and this shows how badly the Conservative party is split over her leadership."

Simon said there had been a lot of talk about an MP from a younger generation taking the reins from Thatcher, should she be replaced as Conservative leader — naming John Major, the chancellor of the exchequer, as a likely candidate.

Major would, in fact, be the next leader and next British prime minister by the end of the month, after winning the most support during a second leadership vote by Conservative members.

'Some sympathy' for Thatcher? 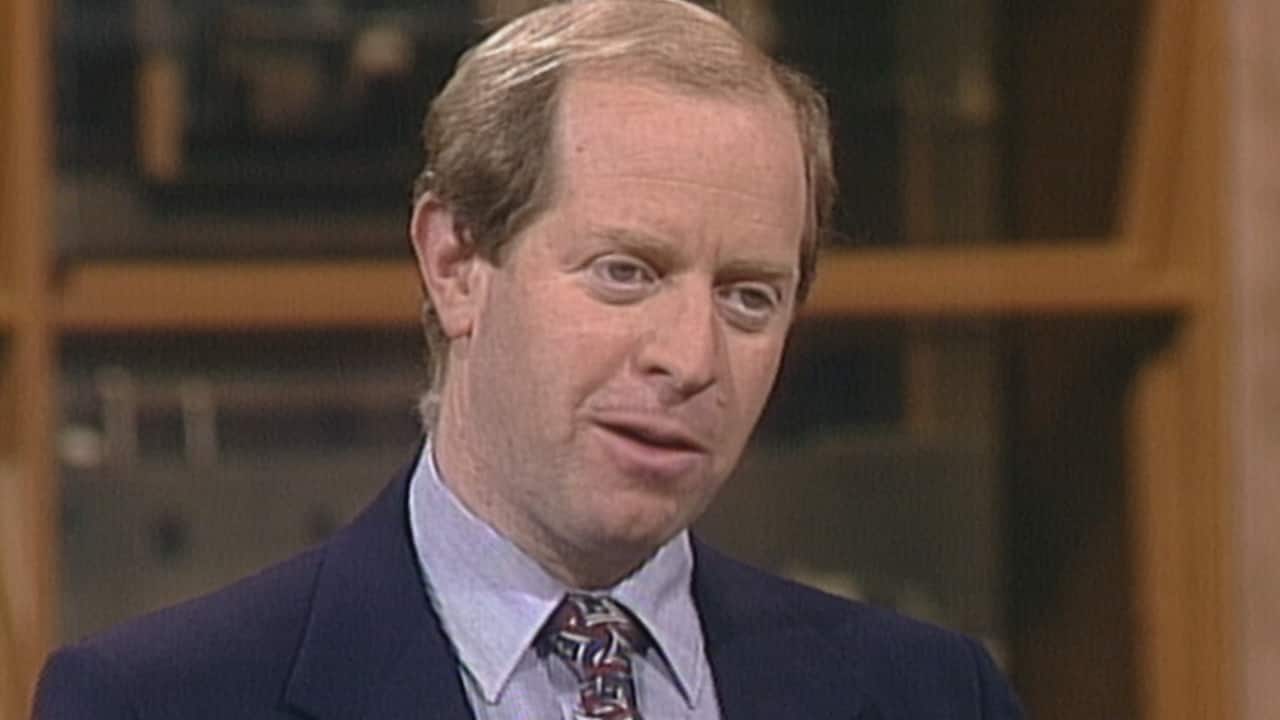 What comes next for Britain and Margaret Thatcher?

On Midday, Nancy Wilson asked Simon if there was "any sympathy" for what Thatcher was going through, given that she'd been "stabbed both in the back and in the chest" by members of her own party and the presumed humiliation she was experiencing.

"I don't know that sympathy is a word one would ever use with Margaret Thatcher, but there probably is quite a lot of respect for her, if you like," Simon said.

"But at the same time, a widespread feeling that perhaps her best days are behind her."

Not an easy ending 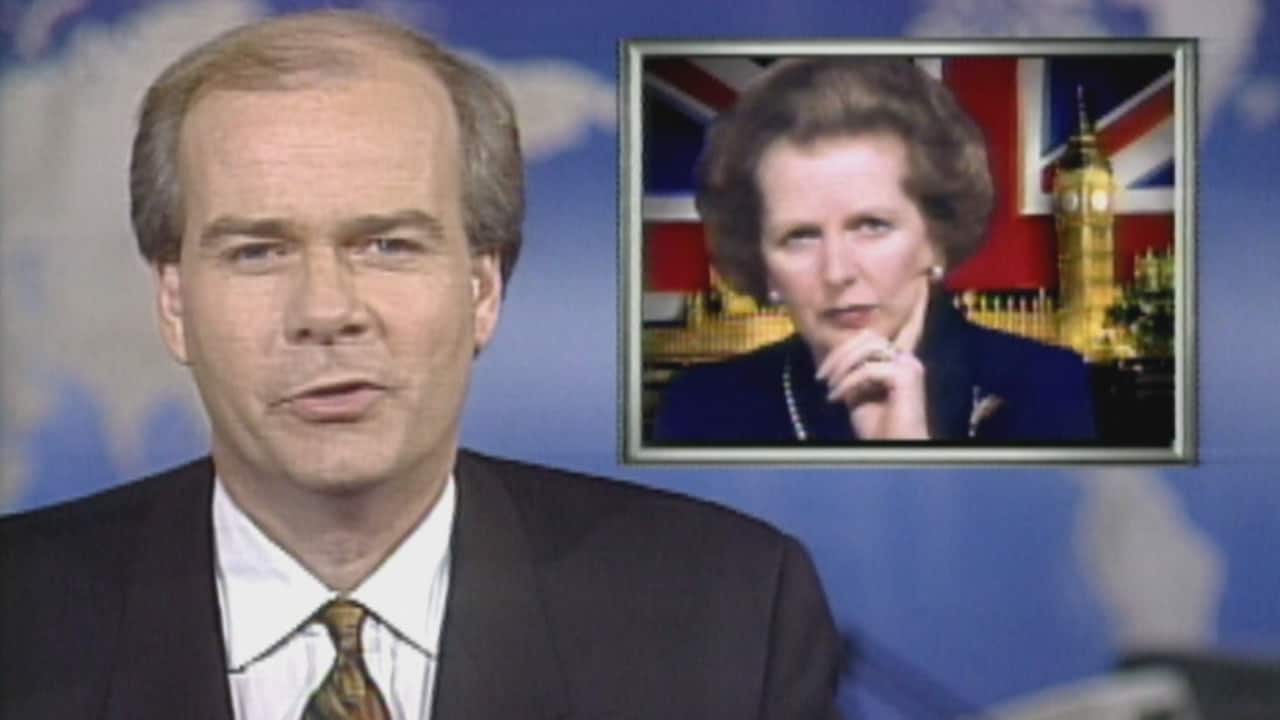 The end of Margaret Thatcher's leadership

Two days after the vote, Thatcher decided the fight was over and said she would stand down.

"For a woman who has never backed down from a fight, Margaret Thatcher's decision could not have been easy, but she knows the rules," the CBC's Anna Maria Tremonti told viewers watching The National on Nov. 22, 1990.

"Back in 1975, when she took the leadership of the party away from Edward Heath, she was quoted as saying 'there is no sympathy in politics.'"

Thatcher had led her country through a war, survived an assassination attempt, and clashed with opponents in Britain and elsewhere. But in the end, it was her own party members who brought about the end of her leadership.

In 2013, Thatcher died at age 87. At the time of her death, she remained the only woman ever to lead the British government.

It wouldn't be until 2016 that another woman, Theresa May, would follow in Thatcher's footsteps as prime minister.