The landowner whose 'vocal' geese were used as a bargaining tool

Wally Arndt wanted to build some houses north of Winnipeg. But when the municipality said no, he used fowl tactics to fight back.

11,000 honking fowl were applied as pressure to change inconvenient zoning in 1989 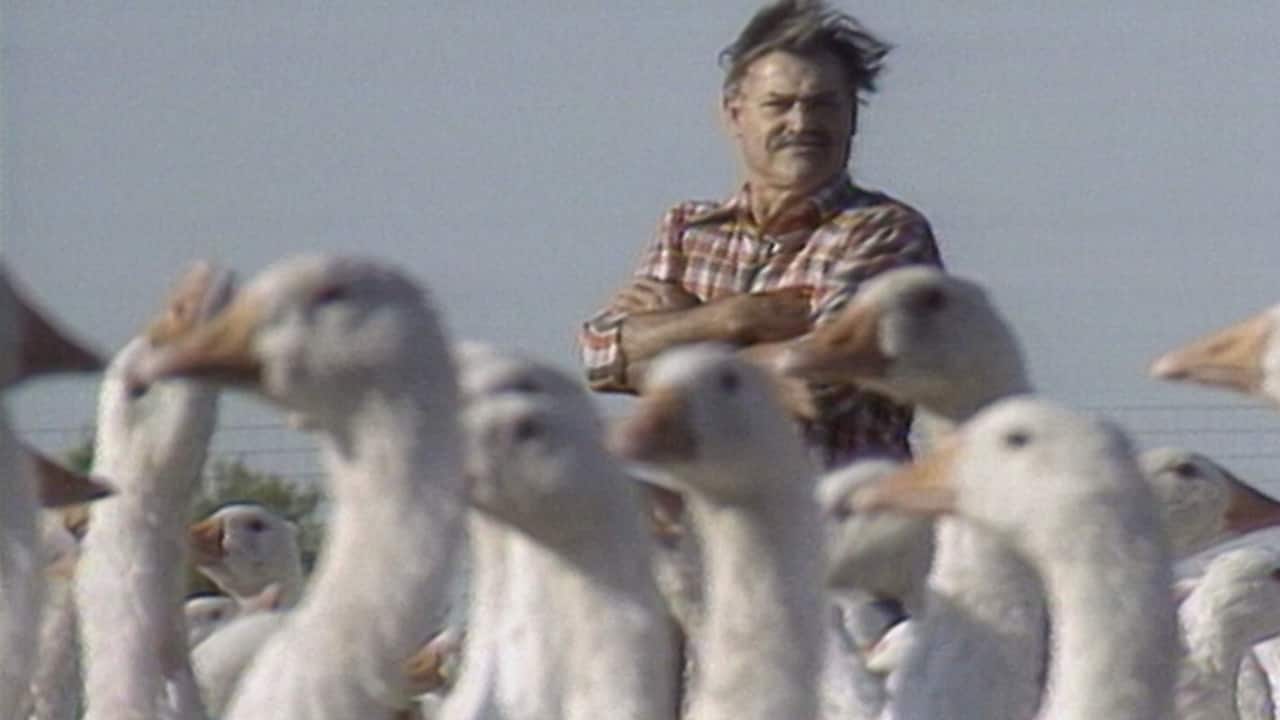 Geese not good for neighbours

Wally Arndt wanted to build some houses on land he owned north of Winnipeg. But when the municipality said no, he used fowl tactics to fight back.

As the CBC's Dan Bjarnason reported on The National on Sept. 9, 1989, the local council had said that the land in Rivercrest, Man., was not zoned for residential use, but for agriculture.

"Wally said: 'No housing, no problem,'" said Bjarnason. "'I'll give you agriculture you've never dreamed of.'"

That's how the land became home not to people, but to more than 11,000 "geese without end."

"They're beautiful-looking birds, and very vocal," said Arndt, as he surveyed his white-feathered flock. "I admire them, and they're doing their job for us."

Their job was honking — loudly enough to "make life unbearable" for the neighbours, said Bjarnason.

And it was working.

Bjarnason described one such neighbour, Delbert Richardson, as "a local zealot" who was ready to give the geese "the bum's rush."

"It's a disgrace to have these in our backyard," said Richardson, as the geese were seen — and heard — over his shoulder. "When we've been here for 43 years."

Bjarnason singled out the "smell" and "odour" of the goose farm, but another neighbour, John Adam, was focused on what could be heard, not smelled.

"Think of that God damn noise all the time," he said, gesturing at the geese next door. "It goes on and on and on, day and night."

Bjarnason said Arndt's intention had been to "squeeze" the local residents so that they'd "give pressure" to the municipality so it would green-light housing and "give the hook" to the gaggle of geese.

The local council had decided that Arndt could neither build houses nor raise geese on his land, but Bjarnason said he was undeterred.

"Wally's standing pat, and upping the ante," said the reporter. "Another 7,000 geese next spring, another 7,000 in July and so on, until someone blinks."

In April 1990, the Globe and Mail reported that the Manitoba Court of Queen's Bench had ruled in Arndt's favour after the council and "200 angry homeowners" in the West St. Paul district launched a court challenge against the goose operation.