Leonard Cohen got a long ovation from the audience after performing Closing Time on Ralph Benmergui's CBC talk show in 1993. 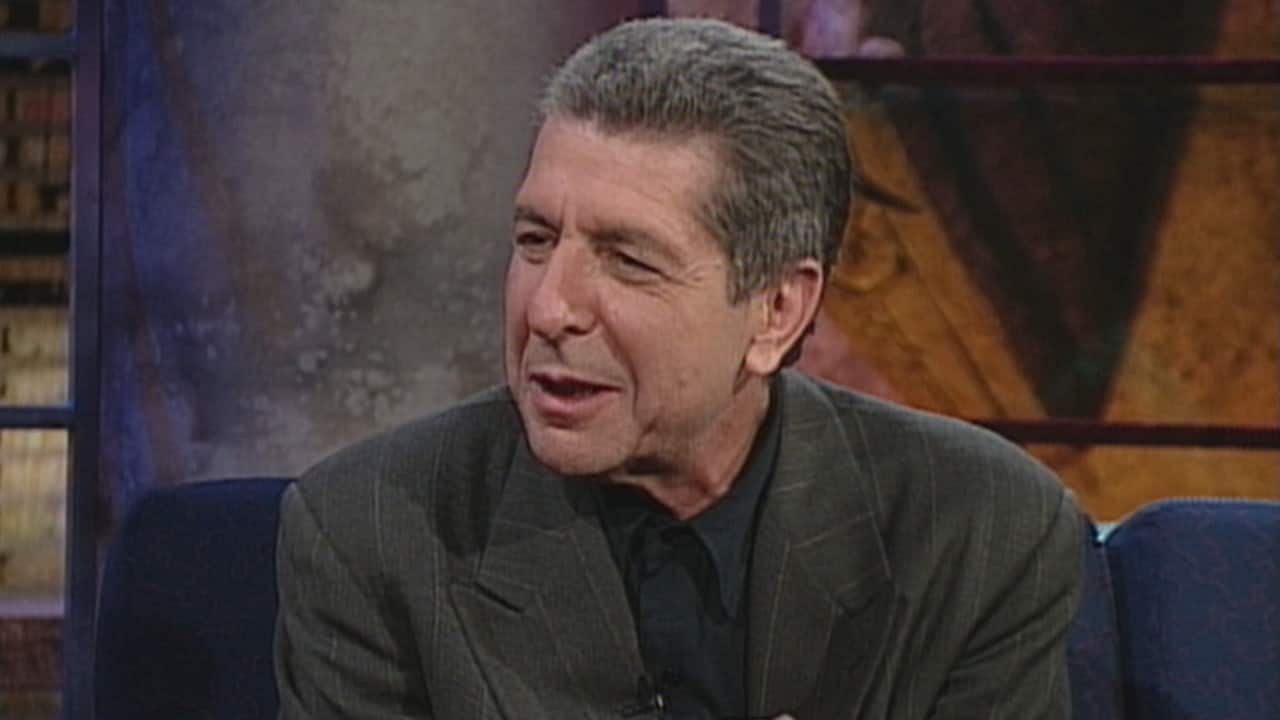 It was a long and loud standing ovation from the studio audience when Leonard Cohen performed Closing Time on CBC talk show Friday Night! with Ralph Benmergui in February 1993.

According to the Globe and Mail, the song was written in tribute to The Matador, an after-hours honky-tonk venue in Toronto where Cohen "often" performed. The music video for the song was also filmed there.

When the cheers and applause had finally subsided, Cohen walked over to talk to Benmergui.

"That song to me is very country-ish," the host said, and asked about Cohen's early efforts playing that genre of music.

"I was part of a trio called the Buckskin Boys," said Cohen. "We played in high school auditoriums, church basements. Barn dances, square dances were popular in those days."

Cohen said he'd "always liked" country music and described its appeal for him.

"It's true. The lyric speaks about something that is true," he said. "I can't make out the lyric to a lot of the pop stuff."

But the lyric Benmergui really wanted to probe was from a song Cohen had written years before, Hallelujah. According to Rolling Stone magazine, it had been resurrected by Bob Dylan in 1988 and by John Cale on a 1991 tribute album.

"You said a line that helped me a lot ... this one was really inspirational for me," said Benmergui. "You say, 'love is not a victory march, just a cold and broken hallelujah' ... I'm not sure if love terrifies you or if it's a salvation."

Cohen compared love to a "pit" that no one went into "well-armed."

"I don't think there's anybody that masters love," he went on. "The heart is always cooking like shish kebab ... crackling and bubbling.

Hallelujah went on to enter the charts in the United Kingdom in 2008.

Asked about its then-newfound success by a CBC interviewer in 2009, Cohen had a story to share.

"There's certain ironic and amusing sidebars," he said. "Because the record that it came from ... Sony wouldn't put out, they said it wasn't good enough.

"There's a mild sense of revenge that arose in my heart."