Canada's 23rd prime minister is an unabashed Star Wars fan and he's been telling us about his love for the sci-fi series since he was a kid.

From socks to sneak-preview screenings, the prime minister has shown his fandom time and time again

Ever since he was a kid, Justin Trudeau has liked Star Wars.

Recalling the impact the film had on him, Trudeau has described it as "a life-changing movie."

And by the time Return of the Jedi came out, Trudeau was already an expert on the franchise.

After an Ottawa movie screening in May 1983, a CBC reporter asked him what he thought of the latest sequel. Trudeau, then 11, didn't hold back his enthusiasm. 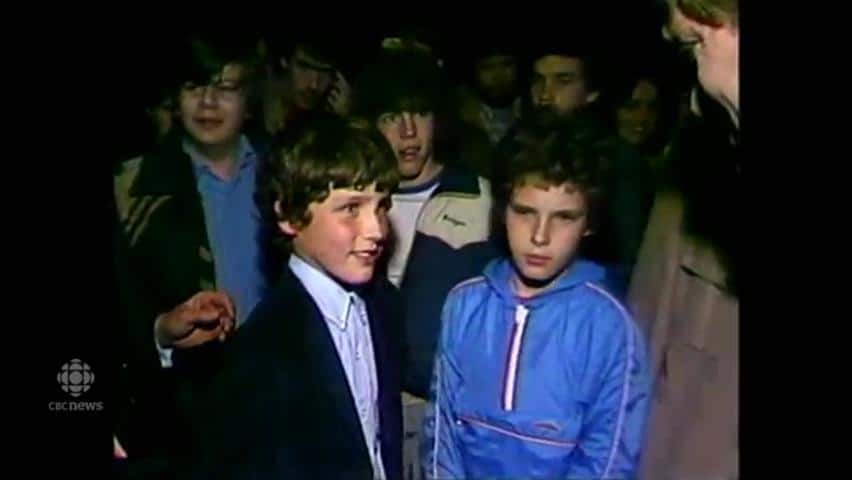 "It was better than The Empire Strikes Back or Star Wars — at least I think so," Trudeau told him, as his father looked on beside him.

Years later, Trudeau would get asked about that review and he has since clarified that he prefers The Empire Strikes Back over the next Star Wars sequel.

When Trudeau led the Liberal party to power in 2015, his love of Star Wars followed his transition into government. (And some government departments have followed his lead.)

At Halloween that year, Trudeau, then the prime minister-designate, and his wife, Sophie Grégoire Trudeau, co-ordinated costumes, dressing up as Empire Strikes Back-era Han Solo and Princess Leia, respectively.

A couple of months later, Trudeau watched the latest Star Wars movie with some patients from the Children's Hospital of Eastern Ontario.

And just like when he was a kid, he provided a glowing review, tweeting: "It was amazing!"

The prime minister's love for Star Wars has even shown up in his choice of socks — more than once — with Trudeau flashing glimpses of Chewbacca-print socks and droid-print socks on various occasions.

And on the most recent May the 4th, Trudeau's interest in Star Wars once again crept into his Twitter feed.