Some glimpses of U.S. president-elect Joe Biden on CBC from over the years

Since 1974, U.S. president-elect Joe Biden has caught the attention of CBC News, as he served as a senator and later as U.S. vice president.

Long before his election victory, Biden was a name Canadians encountered in the news

Within a week, the United States will have a new president and his name is Joe Biden.

By now, the U.S. president-elect is a familiar face to all Canadians, both from his recent electoral victory over Donald Trump and his long service in government — including his years as vice president.

At age 78, Biden will be the oldest president in U.S. history when he takes office.

His path to power was a long one, as he built his national profile and record over many decades, starting with his election to the U.S. Senate almost 50 years ago. He has occasionally popped up in news coverage on CBC along the way.

Election to the U.S. Senate

Biden first won election to the U.S. Senate in 1972,  a few weeks before his 30th birthday.

Two years later, CBC Radio's documentary series Five Nights aired a broadcast on Aug. 22, 1974 that looked at the world of political consultants and political campaigns. It included some thoughts from Biden.

The young senator from Delaware spoke a bit about what he thought congressional candidates needed to do when making their case to voters.

2:15Joe Biden on campaigning
This except from an Aug. 22, 1974 broadcast of Five Nights features Joe Biden talking about political candidates and political campaigns. 2:15

"I think the lesson that I learned is that you have to be yourself when you run," said Biden.

"The only way you can be sincere is to be yourself," the future president-elect added, noting that candidates also had to prove to the public that they understood the issues.

"People are looking for well-informed candidates in whom they believe that person has a basic gut to do what's right," he said. 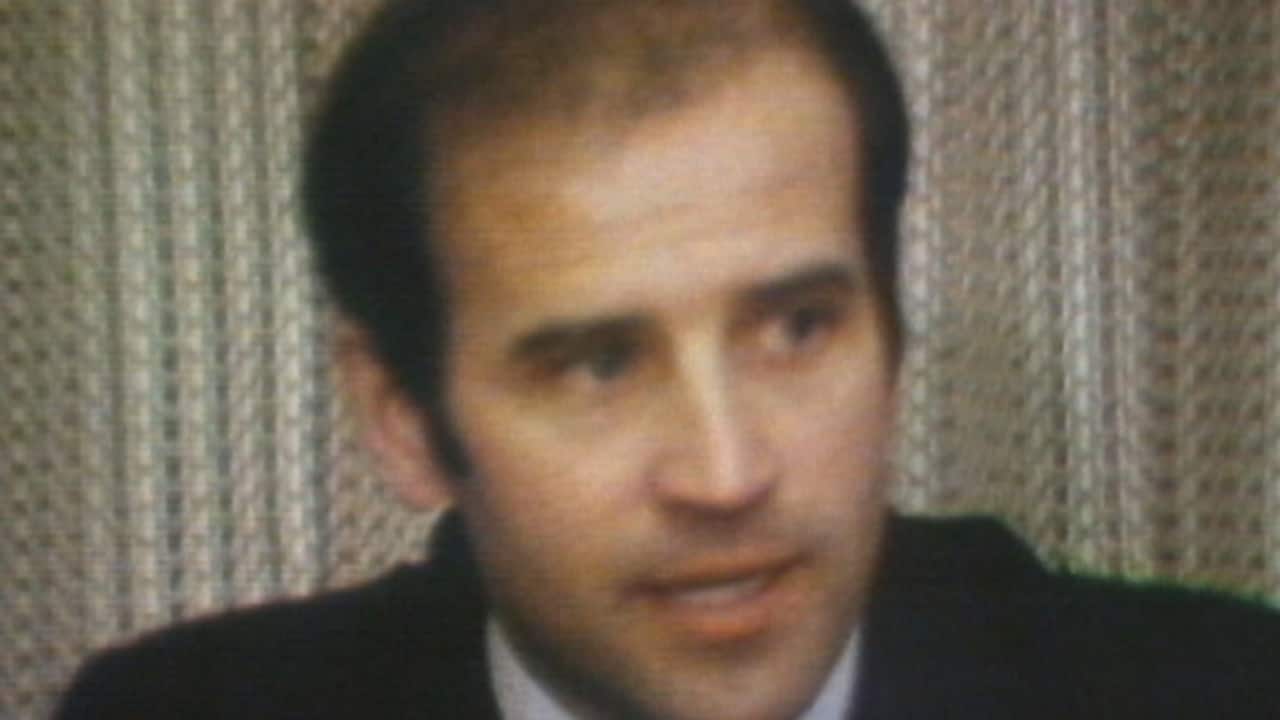 41 years ago
0:36
A young Joe Biden appeared in a brief clip on CBC's Newsmagazine that aired in December 1979, in which he expresses his view on the SALT II treaty. 0:36

On Dec. 17, 1979, CBC-TV's Newsmagazine aired a program that focused on NATO's battle readiness and how its response capabilities compared to that of the Warsaw Pact nations.

A portion of the broadcast looked at a nuclear arms treaty — known as SALT II — that had been signed by leaders in Moscow and Washington, but which still had to be ratified by the U.S. Senate.

Biden was among a group of U.S. senators who supported the treaty, which Newsmagazine said they believed was a step toward halting the amassing of nuclear arms.

"So, I would not vote for this treaty, were it not able to be independently verified by our national technical means to assure that the Soviets cannot not go on producing and altering the terms of the treaty in ways to benefit them which violate the treaty."

Days after the Newsmagazine broadcast, the Soviet Union invaded Afghanistan. That action prompted U.S. President Jimmy Carter to ask the U.S. Senate to "delay consideration" of the SALT II treaty, as the Globe and Mail reported.

A few months after CBC's The Journal hit the air in 1982, Biden appeared on the program to discuss tensions between Argentina and Britain over the Falkland Islands.

On April 28, 1982, The Journal's Barbara Frum explained that Biden and other members of the U.S. Senate Foreign Relations Committee had been briefed on the situation, which would soon escalate to war.

"There is a great deal at stake for the United States in the hemisphere ... and for Canada, I might add very boldly," said Biden, who would turn 40 later that year.

"The fact of the matter is that if we allow in this hemisphere the settlement of claimants' property disputes by the use of force, we're going to unleash an entire series of actions that none of us want."

He also pointed to the need for the U.S. to stand behind a fellow NATO member — Britain — which was also a longtime ally.

A different Joe Who

Five years after his Journal appearance, Biden's name was among a list of presumed and potential Democratic presidential nominee hopefuls that included Gary Hart and Michael Dukakis, among others.

During a discussion of some of these names on CBC Radio's Morningside on April 6, 1987, host Peter Gzowski seemed to question how well-known Biden was.

"I think it's fair to say Senator Biden is not yet a household name in this country and yet he's not far from the inner circle of power," Gzowski said near the start of the segment.

William Schneider, an author and political analyst, said Biden was better known on the other side of the border.

"He's regarded as politically very shrewd and savvy," Schneider said, who believed Hart was the front-runner that year.

Later that year, Biden would end his first presidential bid amid a plagiarism controversy. Dukakis would be the Democrats' eventual pick, though he would lose to George H.W. Bush in the 1988 election.

8 years in the front row 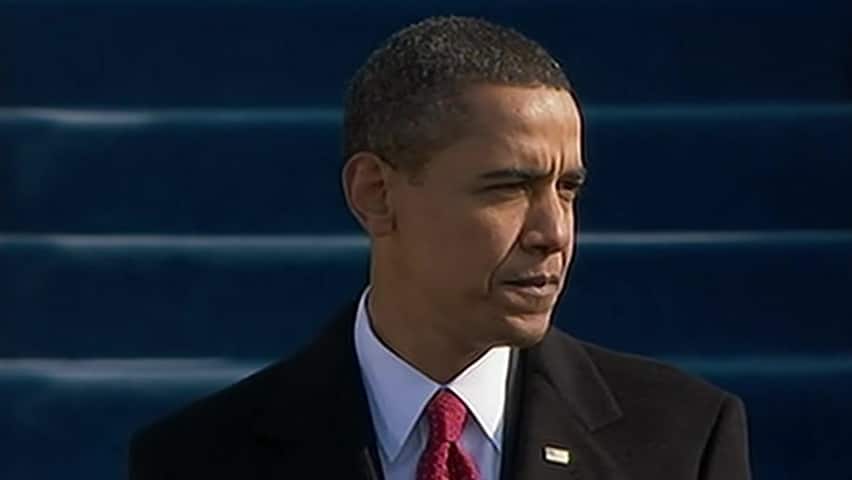 In 2008, when Barack Obama was still a presidential candidate, he chose Biden to serve as his running mate.

Obama said Biden was "what many others pretend to be — a statesman with sound judgment who doesn't have to hide behind bluster to keep America strong."

And when Obama then ascended to the White House and stayed there for two terms, that gave Biden a front-row seat to presidential life for eight years.

His work as vice president brought him to Canada on a handful of occasions, including a two-day visit in December 2016, which saw him attend a special dinner held in his honour.

The then-outgoing vice president told a story about how prime minister Pierre Trudeau had personally reached out to him during one of the worst times in his life. 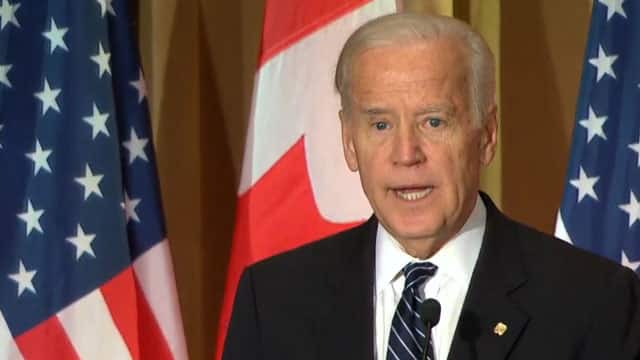