It wasn't the G7 before Canada joined it

Forty-five years ago, the forerunner to the Group of Seven had only six member nations and Canada wasn't one of them.

No invite for Canada when Britain, France, Italy, Japan, the U.S. and West Germany met in 1975

Forty-five years ago, the forerunner to the Group of Seven had only six member nations and Canada wasn't one of them.

Instead it was Britain, France, Italy, West Germany, Japan and the United States meeting for an economic summit in Rambouillet, France, from November 15 to 17 in 1975.

Canada wanted to be there, but was not invited to the event by French President Valery Giscard d'Estaing.

According to Prime Minister Pierre Trudeau, the French president had written to indicate the conference was intended to be small and there was no intended slight in not inviting Canada. 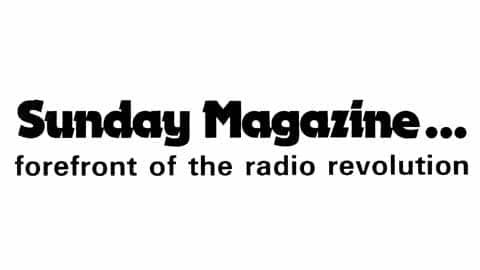 "He doesn't consider it as a world meeting, but as a summit of those five [not including Italy]," Trudeau told reporters at a news conference.

"He invited Italy for particular reasons, because Italy presently holds the chairmanship of the European Community and he hoped we would understand that there was nothing personal involved."

The decision to exclude Canada, however, was met with some disappointment in Ottawa.

"We, of course, would have liked to have been invited to the meeting at Rambouillet, but we are pleased that [U.S.] President [Gerald] Ford and [British] Prime Minister [Harold] Wilson, and the Japanese and the Germans ... have pressed to have us present at Rambouillet," said Trudeau.

"It does show the high regard that they do have for Canada and its presence in world affairs."

The CBC's David Halton reported that Canada continued to push hard for a seat at the table right up until the last minute — and Trudeau's name even appeared as a listed speaker on an agenda document and was accidentally read aloud by an Italian official at a pre-conference briefing.

"The fact that this was on an agenda paper 48 hours before the summit is an indication of the fact that a number of the powers represented really did expect Canada to turn up," Halton said.

Canada's absence was also noticed by summit observers like journalist Rupert Cornwall, the Paris correspondent for the Financial Times of London.

"I think it's a little sad, because if Canada is not, perhaps, as big an economy in money terms yet as Italy or Britain, say, its importance as a raw materials supplier in the world is so great that it probably would have been wise to invite it," Cornwall told CBC News.

The year after the Rambouillet summit, the G6 group would expand to include Canada, eventually becoming known as the G7.

And in July of 1981, it was Trudeau who welcomed his fellow G7 members to Montebello, Que., when the summit was hosted on Canadian soil for the first time.

As the CBC's Brian Stewart then reported for The National, those seven countries' economies accounted for half the world's gross national product, at the time of the Canadian-hosted summit.