It was the 1980s. Why not cook a whole chicken in a microwave oven?

In 1985 there were a lot of different models of microwave oven on the market. CBC's Midday was there to help.

The idea of saving time was appealing for the 1985 cook 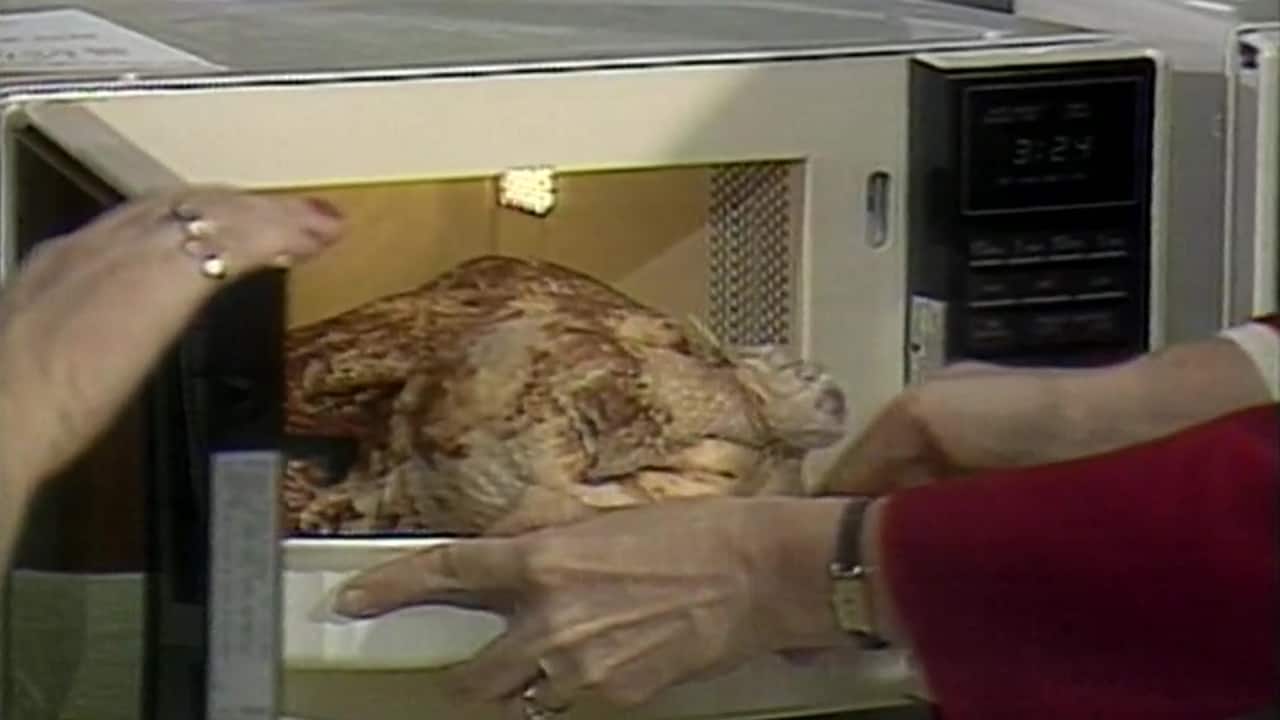 A six-pound chicken cooked in an hour

Usually it would take a couple of hours for a six-pound chicken to roast in a conventional oven.

But a microwave oven could do it in just one hour, said Midday correspondent Kathryn O'Hara as she surveyed the capabilities of what was then a relatively new technology for the kitchen.

"Cooking à la microwave makes all orders short ones," said O'Hara. "And with working families, that's a big plus that more than offsets the initial cost of a full-size microwave oven."

A compact microwave was was still "bigger than a breadbox," but likely more appealing than the bulkier machines of the past.

"It gives you a clock, three power levels, push-button control that beeps after each command, a defrost program, and automatic reheat, which eliminates thinking," said O'Hara.

Indeed, one of the options shown for "Auto Reheat" was simply "Plate of Food." The "Popcorn" button must have come later.

It was also big enough to cook a six-pound chicken, which was shown going into the oven.

A December 1983 microwave turkey recipe in the Globe and Mail suggested using a regular oven to "finish" the dish "if your family insists on an 'old-fashioned' bird with crisp skin."

Shell out less — $300, or $645 today — and microwave buyers got dial control, which was less precise, and one cooking level.

"Remember, 80 per cent of microwave cooking is done on high heat anyway," pointed out O'Hara. 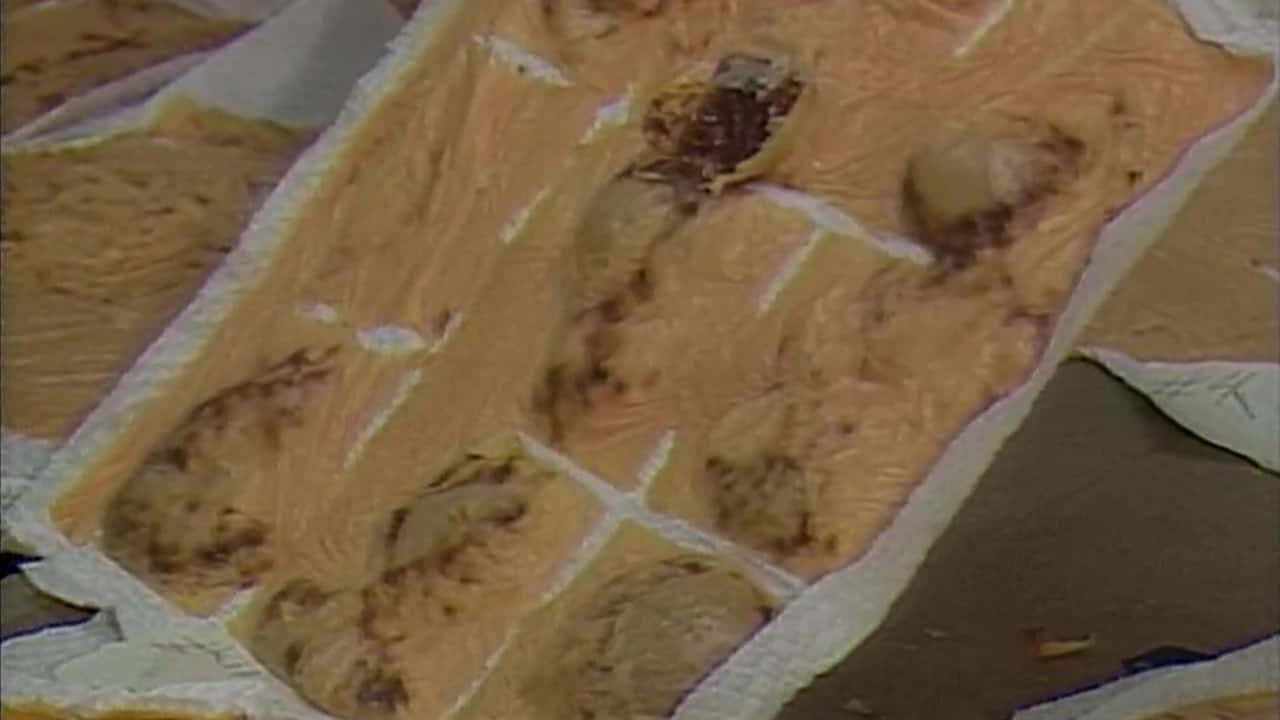 35 years ago
2:03
A home economist shows how to test the heating pattern of different microwaves. 2:03

The Consumers' Association of Canada was already on top of the small-microwave trend.

After all, the real measure of a microwave oven was the job it did. And that's where the cheese test came in.

"These pieces of cheese were put on a piece of paper towel, put on the floor of the oven, and every single oven was set to 10 minutes and cooked," said Gail Bungay of the association.

"As you can see, it has pointed out hot and cold spots in each of the ovens."

The results of the testing wouldn't be released for another six months. But O'Hara already had advice on the best models for those who didn't want to wait that long.

She also had a reassuring note for those with another concern about the unfamiliar appliance.

"You may well be asking yourself: 'are they really safe?'" said O'Hara. "I'm pleased to say there's been no conclusive evidence in the past few years that there is any hazard."