In 1980, Winnipeg wasn't a one-newspaper town for long

Winnipeg was once again going to have twice as much daily news to read.

A new paper is born in Winnipeg

40 years ago
1:15
The death of the Winnipeg Tribune created an opportunity for a new paper to take its place. 1:15

Winnipeg was going to have twice as much daily news to read.

That's because in the fall of 1980, the Winnipeg Sun was going to join the Winnipeg Free Press in the fight for newspaper readers in the Manitoba capital.

News junkies in Winnipeg previously had two long-established daily newspapers to choose from. Things changed when the Winnipeg Tribune was shut down that August.

The Free Press had since enjoyed a monopoly on the market — and had quickly benefited from the lack of competition.

"Since the Tribune folded, the Thomson-owned Winnipeg Free Press has had the city to itself," reporter Terry Matte told viewers on The National on Oct. 8, 1980.

"Circulation has increased by 50,000 and advertising rates will soon be raised 35 per cent."

An opportunity for competition?

The people launching the Sun believed the Winnipeg business community would welcome competition for its advertising.

"We have an advertising sales staff visiting advertisers for the past two weeks and we're getting a very favourable response," said Tom Denton, who was among a group of investors who launched the paper.

"We think it's a hopeful sign for the financial success of our publication."

To build up the Winnipeg Sun, the paper's investors had been hiring former Tribune staff.

The new paper was going to be a tabloid, set to publish three mornings a week.

Will the Sun last? 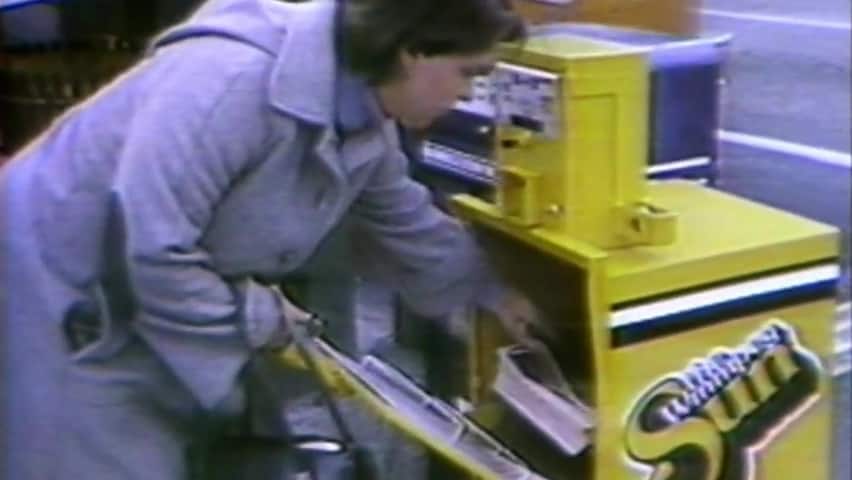 The first edition of the Winnipeg Sun

The first Winnipeg Sun hit the streets on Nov. 5, 1980, with the paper claiming to have sold out of the 50,000 copies it printed that day.

And he said it remained an open question whether "a little independent chain can succeed where the mighty Southam chain failed," Matte said, referring to the company that had owned the Tribune.

Forty years later, both the Sun and the Free Press are still in the print business in Winnipeg — though the Sun stopped printing papers on Mondays earlier this year.