The former Starbucks chief executive once told CBC that "most things our parents taught us to believe in ... have let us down." 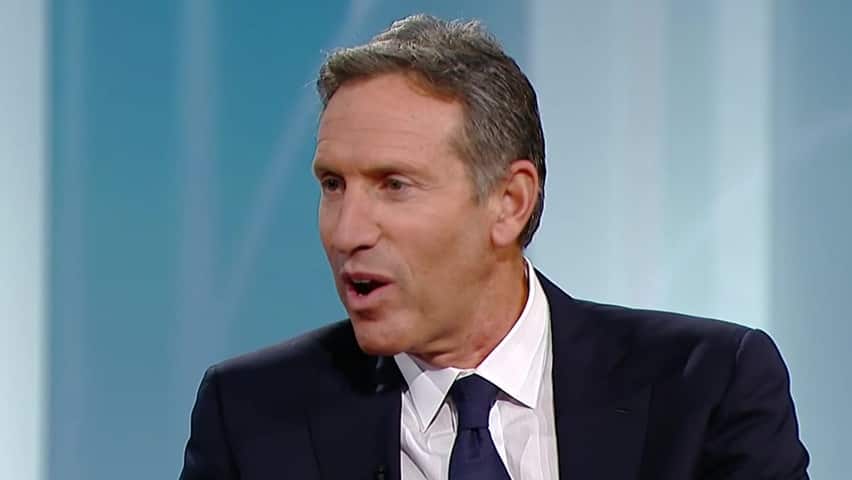 7 years agoVideo
1:26
In 2013, Howard Schultz talks to George Stroumboulopoulos about his views on leadership. 1:26
Howard Schultz, the former Starbucks chief executive who oversaw the coffee chain's rise into a global corporation, is considering launching an independent bid to become the next president of the United States.

If it is something he proceeds with, Schultz will be a presidential candidate who has expressed disappointment with businesses and institutions that he once told CBC have let him and his fellow Americans down.

"I think the responsibility of leadership today is very different then perhaps it was even 10 years ago," Schultz told the CBC's George Stroumboulopoulos during a 2013 interview.

"Mainly because most things that our parents taught us to believe in, unfortunately, have let us down. And so, I think the issue about leadership today is truth with a capital 'T'."

Citing banks, corporations and government itself, Schultz said "a lot of things have let us down," leaving leaders with the responsibility of "doing the right things."

'The fracturing of the American dream' 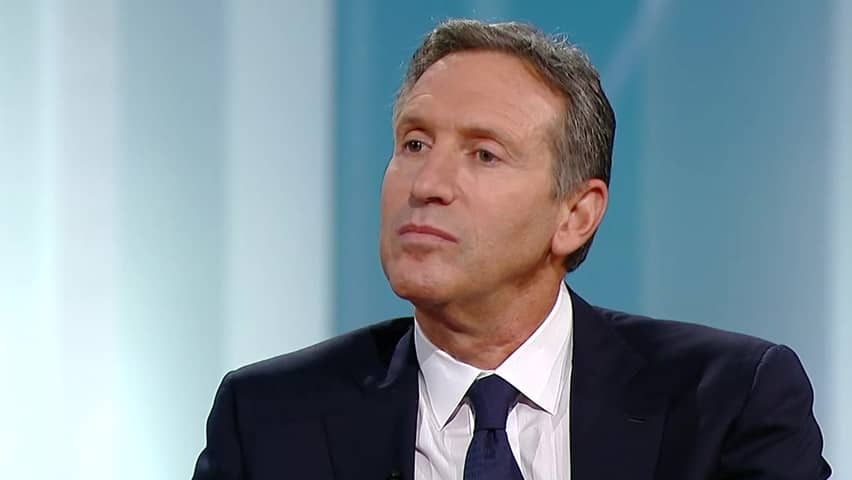 'The fracturing of the American dream'

7 years agoVideo
0:59
In 2013, Howard Schultz told CBC about an incident that changed his family's life forever. 0:59

Schultz also spoke to CBC about a childhood where he saw what can happen when people and families fall through the cracks.

"When I was seven years old, I came home from school [and] my father was laid on a couch with a cast from his hip to his ankle," Schultz explained.

His dad had broken his leg after falling on ice.

"He got hurt and in those days, there was no worker's compensation, there was no health insurance and he was dismissed as an uneducated war veteran and we witnessed ... the fracturing of the American dream," said Schultz.

'Squarely in the middle'

Last Sunday, the CBS program 60 Minutes aired an interview in which Schultz, who described himself as a "lifelong Democrat," indicated he was considering a presidential run — as an independent.

The idea of Schultz making an independent run has already led to a backlash from some Democrats who believe such a move could provide an advantage to current U.S. President Donald Trump in seeking re-election.

Schultz, however, believes he could appeal to Democrats and Republicans with the approach that he is taking.

"Who's to say that lifelong Republicans given the choice between Donald Trump and a far-left liberal, progressive Democrat — if they had a better choice where are they going to go?" he told The Associated Press on Monday. "My views are squarely in the middle."