Filmmaker's latest project sees him drawing links between past and present

During his long career as a filmmaker, Spike Lee has often found reason to bring real-life stories and issues to the big screen, whether as the sole focus of a film or when blending such events into a larger story.

His latest film, BlacKkKlansman, revolves around the seemingly unlikely, yet true story of Ron Stallworth, a black police officer who infiltrated the Ku Klux Klan. The film won the Grand Prix at Cannes and is now being shown in theatres in Canada and the United States.

The story had been unknown to Lee until it was brought to his attention by Jordan Peele, the actor and Oscar-winning writer-director.

Lee and another writer, Kevin Willmott, reworked an existing script. The resulting film explores hatred and racial tensions that remain in present day America, despite BlacKkKlansman's setting at the end of the 1970s.

BlacKkKlansman also directly points to the disturbing violence seen in Charlottesville, Va., last year, ending with footage from the events there and from the response President Donald Trump had to it.

When speaking with The Associated Press about BlacKkKlansman, Lee said Trump, the Charlottevilles marchers and former KKK leader David Duke (who is portrayed as a character in the film) had "written themselves into the movie."

'It changed the way I saw the world' 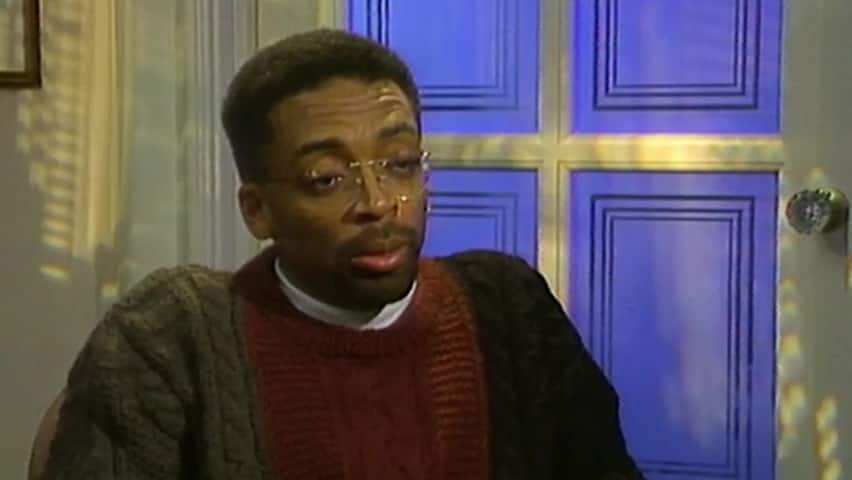 Spike Lee on 'The Autobiography of Malcolm X'

28 years ago
1:05
Filmmaker Spike Lee describes the effect 'The Autobiography of Malcolm X' had on him as a young man. 1:05

At an earlier point in his career, Lee talked to CBC about another real-life story that he told on film — the life of Malcolm X, the slain civil rights leader whose autobiography was a life-changing read for the filmmaker when he first read it in junior high.

"For me that's the most important book I will ever read... it changed the way I saw the world," Lee said, when discussing his Malcolm X film in 1992.

'That's not the reality'

"I think up to that point that I was like everybody else, that America is a great country and you, too, Spike Lee, can grow up to be the president of the United States — but that's not the reality," Lee added.

Twenty-six years after that interview with CBC, America has had a black president, Barack Obama — whom Lee says he actually broke the news of Charlottesville to, when the former U.S. leader was golfing near his home last year.

Lee believes some people will see BlacKkKlansman and see a continuing theme in his career, though he rejects the comparison that is often drawn about him.

"It may seem like I'm in a constant rage of anger. People define me. Now they're going to add 'BlacKkKlansman' to 'Do the Right Thing' and 'Malcolm X,"' Lee recently told The Associated Press.