How Newfoundland became a place of refuge on 9/11

The people of Newfoundland and Labrador rise to the challenge of helping thousands of airline passengers diverted there on Sept. 11, 2001. 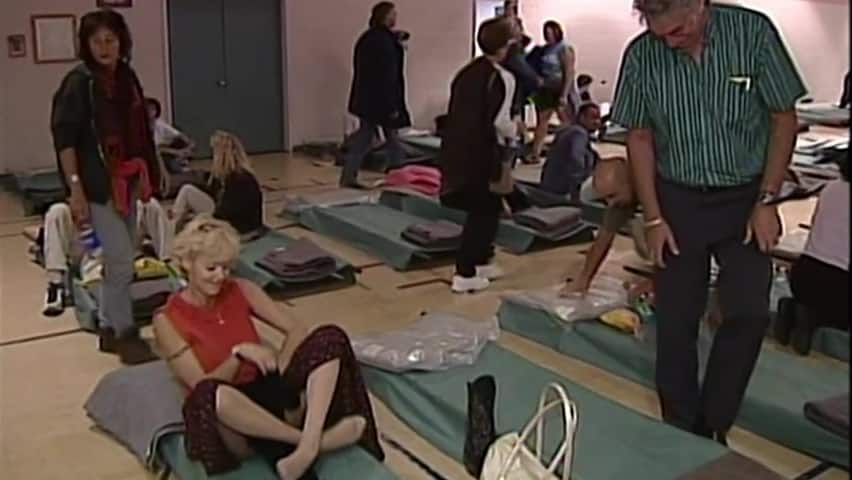 19 years ago
2:54
The people of Newfoundland and Labrador rise to the challenge of helping thousands of airline passengers. 2:54

They were hungry, tired, and far from home.

On Sept. 11, 2001, some 17,000 international airline passengers found themselves in Newfoundland and Labrador — forced to land there when all air traffic was halted in the United States due to a deadly series of hijackings.

"This is like having two huge conventions showing up unannounced," St. John's Mayor Andy Wells told CBC reporter Lynda Calvert the next day. "And we're given two hours' notice under very trying circumstances."

But a small army of 300 volunteers — some of them working around the clock — turned up to help, and restaurants and food suppliers donated meals for the stranded travellers.

Some of the passengers' needs were predictable, like beds and toiletries. Others, not so much: a group of observant Jews had to improvise to practise their faith, since there was no Orthodox synagogue in the city. But St. John's still came through for them.

"They told us where we could get kosher food," said an interviewee, "and they were very helpful."

For the volunteers, pitching in didn't feel optional.

"All of us have been so taken by the events of the last two or three days," said Salvation Army volunteer Sherwin Stride. "Anything you could do to help, you almost had to do it."

Though they were far from home and not sure when they'd get back, passengers were unfailingly grateful.

"Sometimes we've been surrounded by volunteers," said one woman. "We're travelling with a dog and people have gone out of their way to make sure even our dog is fed and watered and comfortable."

The travellers weren't just in St. John's. In Stephenville, N.L., they were sleeping in classrooms. And in Gander, N.L., an influx of 6,500 people almost doubled the town's population. Their story would be the genesis for the award-winning Broadway musical Come From Away.

According to the Gander International Airport, 39 planes were diverted there on Sept. 11, 2001. The passengers had to be processed by the town's single immigration officer, aided by another three who drove in from St. John's.