How Gordon Lightfoot's hometown of Orillia, Ont., shaped his songwriting

The roots of Gordon Lightfoot's folk songs extend deep into the land he's known since he was born.

CBC took a trip to Muskoka, Ont., with Gordon Lightfoot in 1967

The roots of Gordon Lightfoot's folk music extend deep into the land he's known since he was born.

The Canadian troubadour, who turns 82 on Tuesday, spent his formative years in Orillia, Ont.

It's a place CBC's Telescope visited back in 1967, when the program profiled the young "folk laureate" all those years ago.

Telescope host Fletcher Markle described Lightfoot as "a country boy whose home territory encouraged an awareness of nature and weather, and the simplicity of open spaces that is echoed lyrically in many of his songs."

'The country that I grew up in' 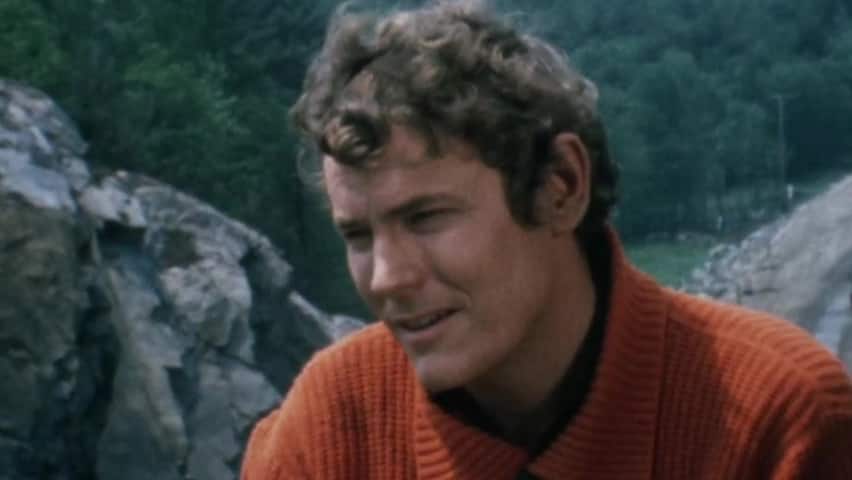 Gordon Lightfoot on where he grew up

1 year agoVideo
0:41
Gordon Lightfoot talks about the Canadian Shield, and how the images in his songs are drawn from around Orillia. 0:41

Lightfoot talked with Telescope about the influence of the countryside of his boyhood on his music, as he sat, surrounded by the rocks of the Canadian Shield.

He went on to explain that the "little landscapes, or images" that come up in all his songs are not particular images, but just a backdrop for the "idea and the concept that you're working on."

A couple of years later, Lightfoot sat with some Vancouver teens on CBC-TV's Down Centre, and talked about how writers and performers like himself brought folk music into the mainstream.

One young woman asked him when he first started to write songs about Canada. 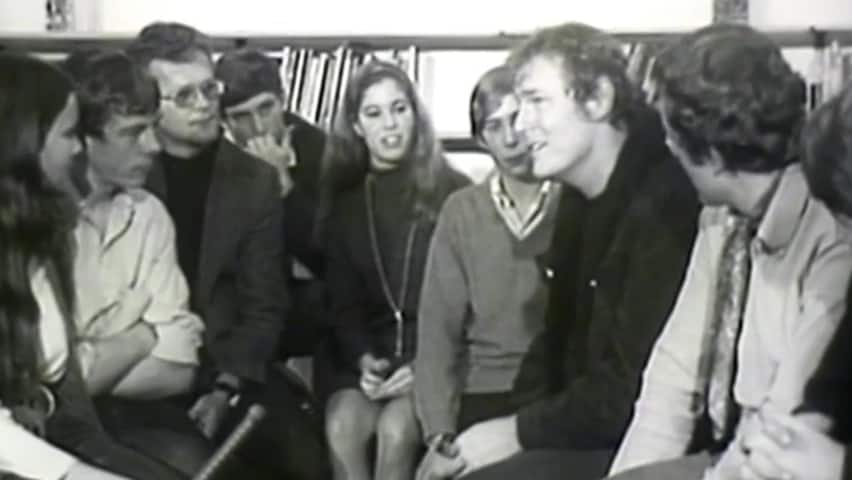 Gordon Lightfoot on writing songs with a Canadian 'atmosphere'

1 year agoVideo
0:44
Gordon Lightfoot talks to Vancouver teens about not writing songs about Canada -- per se. 0:44

"They're not specifically about Canada, you see ... I've never contrived a Canadian song."

Lightfoot clarified that "there were a few times when I wrote novelty songs, but it's the atmosphere of Canada that are in the songs."

He added: "The fact that I am a Canadian and that I dig Canada and the landscape of Canada and the geography and everything, just comes out in these songs."

In 2015, a bronze sculpture honouring Lightfoot was unveiled in Orillia.

It depicts a young, bearded Lightfoot, seated with a guitar, surrounded by maple leaves.

Some of the leaves have pictures that depict the 20 songs from his album Gord's Gold.

Lightfoot was present for the unveiling. Asked how he liked the concept of the depiction of his songs on the leaves, he was enthusiastic in his appreciation for them, pointing out that it was particularly appropriate on a beautiful autumn day in his hometown. 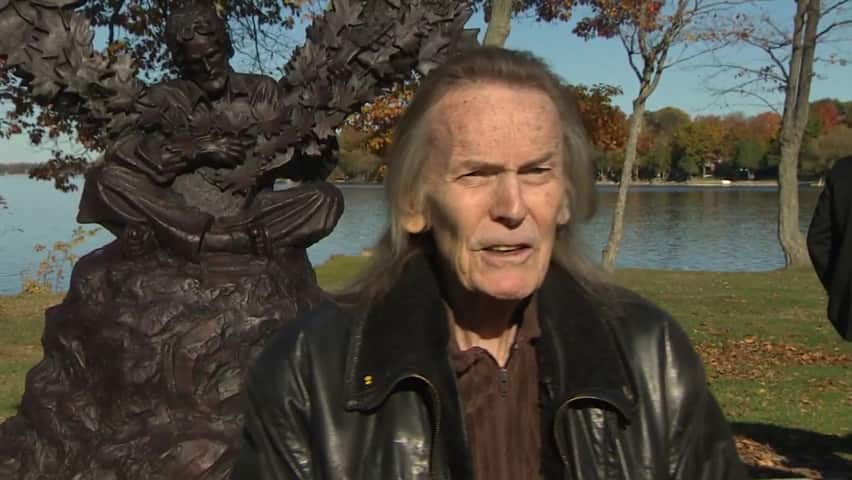 Gordon Lightfoot, at the unveiling of a statue in his honour