How a move to Canada helped Donald and Ivana Trump meet

If Ivana Trump hadn't ended up in Canada, who knows if she would ever have met Donald Trump.

But that's what happened and that's how Ivana Trump became a founding member of a future presidential family.

The former Ivana Zelnic​kova was born 70 years ago today. She spent her childhood and teenage years in the former Czechoslovakia.

The move to Montreal

A marriage of convenience in her early adulthood allowed her to obtain an Austrian passport. She obtained a divorce and soon moved to Canada. 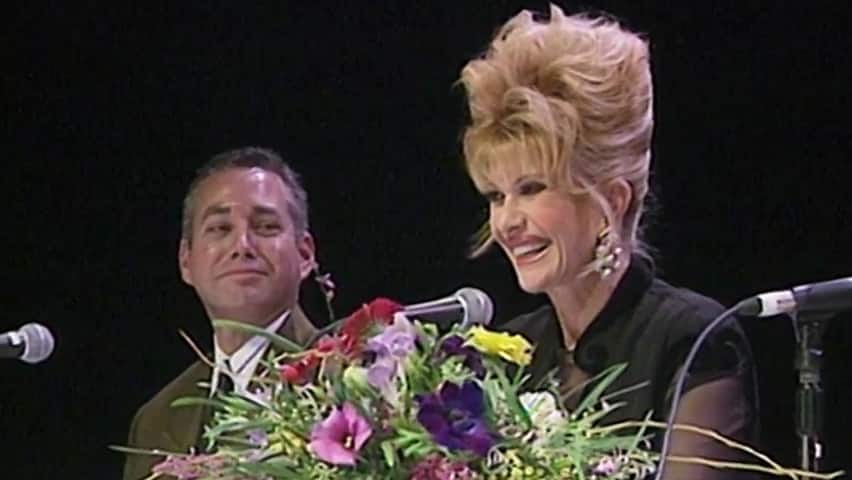 Although she first landed in Toronto, Ivana Trump moved to Montreal and lived there for a brief period during the mid-1970s. It was a busy time in her life, she said, but one that held fond memories, too.

"It was really work, work and work — a little bit of the fun and a lot of skiing," Trump recalled in 1993, during a visit to the city almost two decades after she lived there.

The weather in Montreal also made an impression on her.

"Canada, in case you don't know, is freaking cold!" Trump wrote in her 2017 book Raising Trump.

A job, but not a career

While in Montreal, Trump did some modelling. But it wasn't a line of employment that she intended to stick with in the long-term.

"Modelling is a job to me, not a career," she told the Montreal Gazette back in 1975, a comment the paper reprinted years later when Trump was a household name.

It was during her modelling days, however, that she met Donald Trump.

Several accounts exist of how they met — or as the New York Daily News once put it, the exact story has "been lost in the mists of legend."

In 1979, the New York Times reported the future spouses had met at a party in Montreal.

Over time, however, it has been reported that Donald and Ivana Trump actually met in New York — and according to Raising Trump, the couple met when she had travelled to that city on a modelling gig related to promotion of the Montreal Olympics.

The Trumps married in April of 1977 and months later, on the last day of the year, Ivana Trump gave birth to a son, Donald Trump Jr.

All three of their children became part of the spotlight surrounding the Trumps, including when Donald Sr. became a reality TV star and after he was elected as U.S. president in 2016.

A split, but still a Trump

Donald and Ivana Trump would split in a high-profile divorce in 1990, which drew media attention on both sides of the border.

After their divorce, Ivana Trump would continue to use the last name of her ex-husband — the one that her children carried.

And as she explained in a January 1999 interview with Radio-Canada's Robert Scully, she viewed the surname she took from that marriage as her own.

"I'm working now, I am using the Trump name because there is no other name to use ... and it's my name," Trump said. "Donald has been doing his thing and I'm doing mine."

Indeed, Ivana Trump would be the name under which she wrote books and marketed products, including on the Home Shopping Network, in the years to come.

Since leaving Canada to marry so many years ago, Trump has made occasional appearances on this side of the border, including a visit to Montreal in 1993 to film a cameo in a TV movie.

The movie was based on her novel, For Love Alone. The story centres on a woman from Czechoslovakia who marries a rich American businessman. The character Trump played in the movie version is also named Ivana.

When the movie made it to TV screens, Variety predicted "even the most devoted Ivana-philes likely won't last past her own cameo," which comes about halfway through the story.

In October 1995, Trump made an appearance at a business conference in Moncton, N.B. Media reports said she'd been paid $15,000 to appear as a speaker. 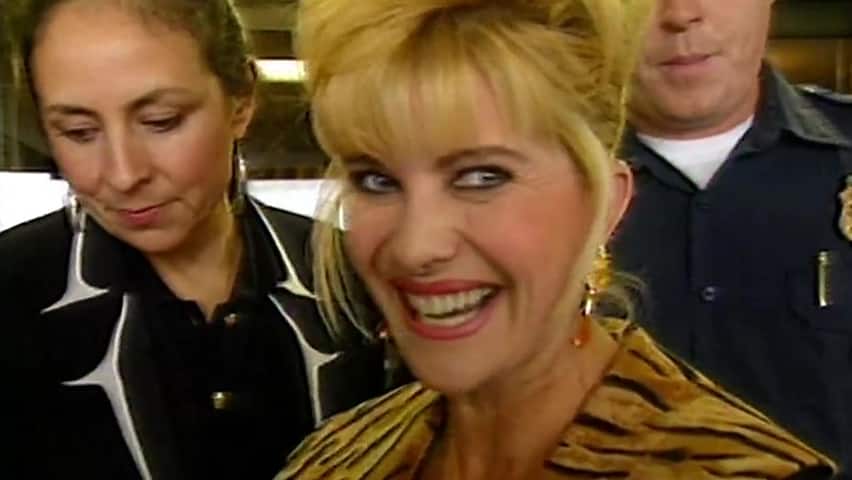 A handful of fans waited to catch a glimpse of her after she walked off her plane at the Moncton airport. A senior citizen who stepped forward with a pen and paper in hand managed to snag an autograph, as did a mustachioed man wearing a baseball cap covered with novelty pins.

"What do you think of your popularity?" a reporter asked Trump.

"I don't know," she replied, as she stepped into a white limousine.

At the conference, she spoke of the need to go after what you want in life.

"Women want what men want: to fulfil their greatest potential. Keep reaching for your dreams," she said, according to an account of her visit by a Moncton Times & Transcript newspaper reporter.

The Times & Transcript said about 150 people watched Trump speak and gave her a standing ovation when she was done.