From 2001: A gopher-related 'emergency' in Saskatchewan

The gophers didn't know it, but they were digging up trouble for themselves. 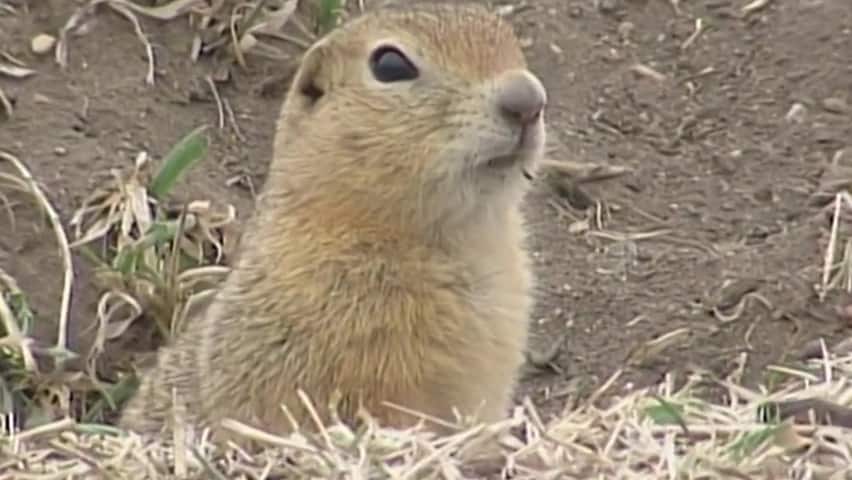 Too many gophers digging up trouble

19 years ago
2:12
In 2001, Saskatchewan farmers were dealing with the problems of an increasing gopher population. 2:12

The gophers didn't know it, but they were digging up trouble for themselves by doing their thing in Prairie fields.

In the spring of 2001, The National was reporting on the expanding or "exploding" population of gophers — a.k.a. Richardson's ground squirrels — in the province of Saskatchewan.

"They're cute, but these furry little rodents are causing a lot of trouble on farms and ranches in Saskatchewan," the CBC's Art Martin reported to viewers on June 12, 2001.

"The number of gophers here has been growing steadily over the past few years, due in part to warmer winters and drier weather. Now it's being called a population explosion."

What kind of trouble, exactly? The gophers were leaving holes in fields that then posed hazards to farmers, their animals, as well as their farm equipment.

Poison could be used to limit the population of gophers, but as Martin reported, its use was strictly regulated.

Bill Kloeckes, a pest control officer, said the grain-poison mix being used to target the gophers at that time was "not quite strong enough" to kill them.

"I think they tend to nibble on it and they get sick before they eat enough to do themselves in," he told CBC News.

Farmers living in neighbouring Alberta had dealt with similar gopher problems earlier that year. But they had sought and been granted permission from Ottawa to use what Martin described as "a more effective poison" against them.

That's why a local municipality — identified in a Saskatoon StarPhoenix report as the Regional Municipality of Turtle River — declared a state of emergency that spring in a bid to spur the provincial government into action.

"The tactic worked," said Martin, noting that the provincial government began preparing a request for Ottawa to grant the same permission to the Saskatchewan farmers.

In July 2001, the StarPhoenix reported Ottawa had allowed the provincial government to buy and distribute a poison with a higher strychnine concentration to be used by farmers in specific parts of the province.