The word was getting out that the Internet was a good place to look for jobs.

'It's not so much about pounding the pavement these days' 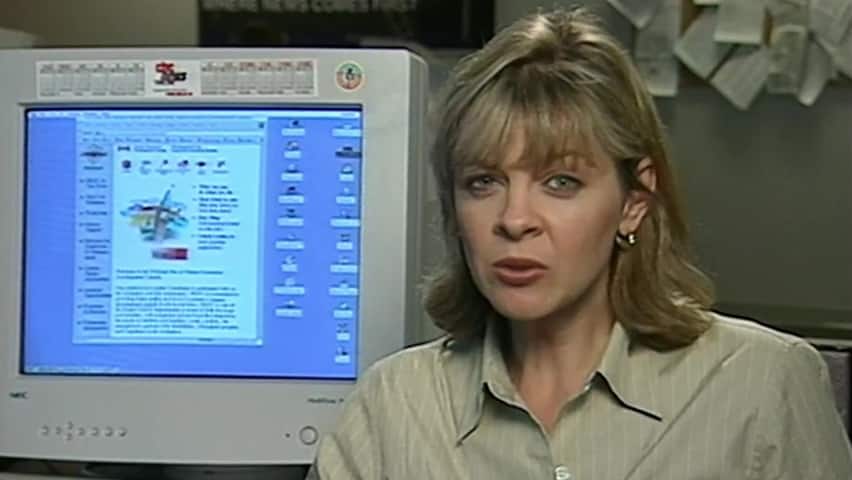 Looking for work on the web

The word was getting out that the Internet was a good place to look for jobs.

"For many who are looking for jobs, it's not so much about pounding the pavement these days, as it is about surfing the net," the CBC's Wendy Mesley told viewers of The National back on May 7, 1999.

Reporter Susan Bonner brought viewers the story of Greg McCarty, a young chef who was then working as a server. He'd found he was too busy with his day job to seek out employment as a chef.

"The internet changed that," Bonner explained. "After work, late into the night, he posted his resume on the net and applied for hundreds of chef jobs."

"I didn't get hardly a response at all before I started using the internet," said McCarty, who ended up hearing back from restaurants in other countries about job possibilities.

As viewers would learn, McCarty wasn't the only person who thought the internet could be a useful tool in a job hunt.

"McCarty is just one story in a growing employment trend," said Bonner, pointing to a government jobs website that was getting nearly 9.5 million views a month as of April 1999. That was up from just 25,000 at the same point four years earlier.

One expert cautioned, however, that getting a job via the internet wasn't as easy as some thought.

"I think a lot of people are hoping to go point, click and you're hired because they've heard all sorts of stories," said Mark Swartz.

"But the truth is that there's still a lot of work that has to be done."

Bonner noted the web wasn't a cure-all for job seekers, "but in some sectors, like the high-tech field, the internet has become the only way to look for work."