From 1982: Should farmers employ 'germ warfare' against grasshoppers?

Millions of dollars were at stake for Saskatchewan farmers, which motivated them to collectively spend millions to kill grasshoppers that threatened their crops.

Chemicals were one option, but concerns about their impact had some thinking about other approaches 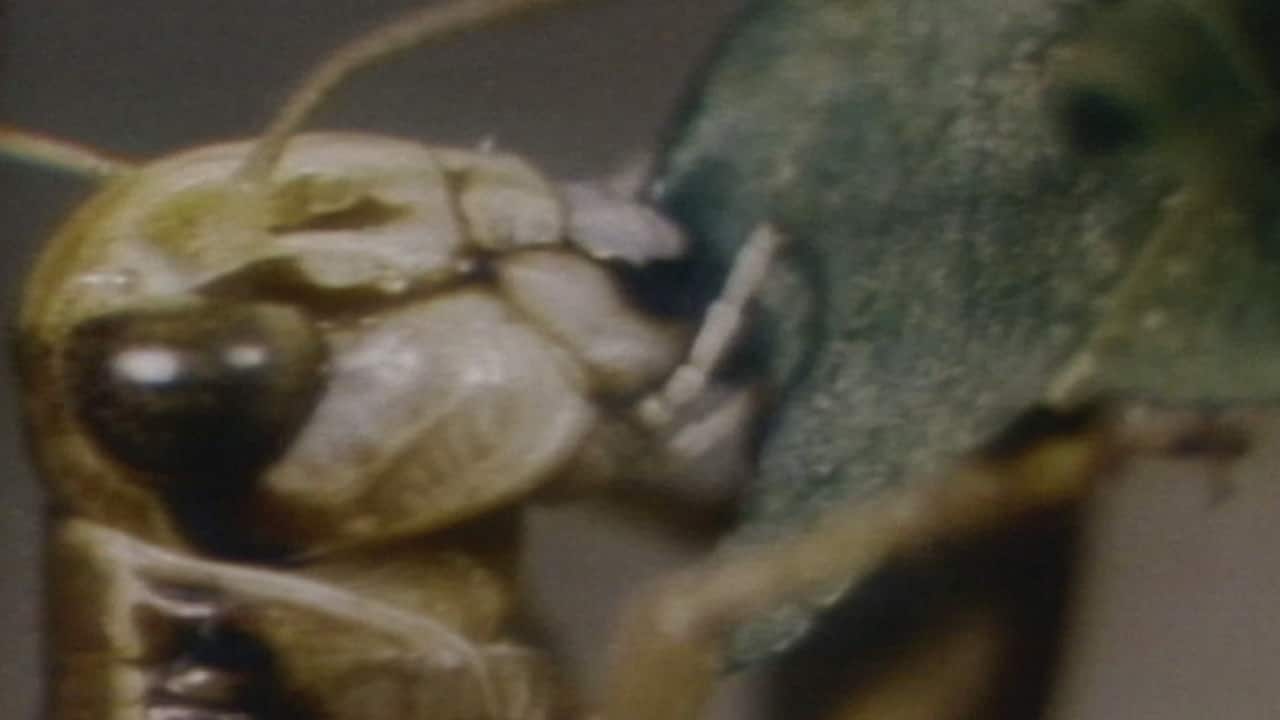 A grasshopper infestation in 1982

38 years ago
1:56
In August 1982, Paul Workman reports on "the worst grasshopper infestation in years" in parts of Saskatchewan. 1:56

Millions of dollars were at stake for Saskatchewan farmers, which motivated them to collectively spend millions to kill grasshoppers that threatened their crops.

"They can strip a field in no time," reporter Paul Workman told viewers who tuned into The National on Aug. 2, 1982.

"In a normal year, grasshoppers will munch their way through $5 million worth of hay and grain in Saskatchewan. This year it could be four times as much."

Workman said the potential damage to crops had farmers willing to spend $5 million that year to get rid of the grasshoppers.

Farmer Harold Banerd had sprayed one of his fields in Pence, Sask., seven times that year, in a bid to kill the grasshoppers there.

"We sprayed quite early, but we didn't use the right stuff and we just kept on putting them to sleep in the evening and they woke up in the morning and went right back to work," he told CBC News.

Workman said there was "growing concern" about the use of chemicals to kill insects, which had prompted some people to think of alternative means of getting rid of them.

Entomologist Al Ewen spoke to CBC News about an effort to test out the use of Nosema locustae, a single-cell parasite, that could be spread on fields in the spring to kill the grasshoppers that fed there.

"The scientists admit as long as there are grasshoppers, there will be a need for chemical spraying," said Workman.

"But they're convinced that once their form of germ warfare becomes accepted, at least there will be a lot less of it."

The grasshoppers weren't going away — and CBC would soon enough be reporting again on methods being looked at for getting those critters off the crops.

In 1984, there was talk of importing seagulls from Toronto to eat some of the grasshoppers on the fields in Saskatchewan.