Finding the Titanic and dredging up memories of a tragedy

More than 70 years after an iceberg strike downed the Titanic, news broke that the doomed ship had been found.

In 1985, survivor Eva Hart shared her memories of the doomed voyage with CBC's The Journal 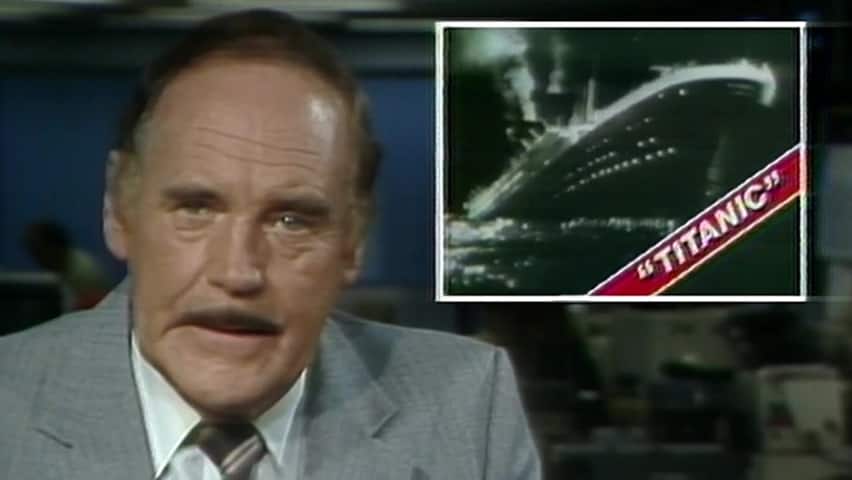 Has the Titanic been found?

35 years agoVideo
0:22
George McLean tells viewers that a crew claims to have found the wreckage of the Titanic. 0:22

More than 70 years after an iceberg strike downed the RMS Titanic on its maiden voyage, news broke that the doomed ship had been found by a team of French and U.S. explorers.

It was a claim that had been made several times before, which is why The National's George McLean reminded viewers on Sept. 1, 1985 that the news of a potential finding might not pan out.

"The Titanic sank to the ocean floor in 1912 and every once in a while someone decides to try to find it," McLean said. "Well, now, it looks as though someone may have found it."

McLean further explained to viewers that "a top-secret expedition" had begun weeks earlier and crew members believed they had found "a very promising site where the supposedly unsinkable Titanic has been resting all these years."

Sure enough, the news would soon be confirmed. The ship's final resting place in the Atlantic Ocean had been located, hundreds of kilometres southeast of Newfoundland.

"The ship itself is sitting upright on its hull in the bottom," said Shelley Lauzon of the Massachusetts-based Woods Hole Oceanographic Institution, in remarks broadcast on CBC Radio's The World at Six two days after the finding was announced.

"The first pieces of wreckage that they found ... were pieces of the boiler, which had come through the side of the hull."

The Titanic disaster claimed more than 1,500 lives after the ship struck an iceberg late in the evening on April 14, 1912. Less than three hours later, it had slipped below the surface of the sea.

Seventy-three years after the disaster, there were still some Titanic survivors living in 1985. Among them was Eva Hart, a British woman who had been on the luxury liner with her parents.

"They were on their way to a new home in Winnipeg. They never made it," said The Journal's Keith Morrison, when describing Hart's story to viewers. "But Eva survived and still carries vivid memories of that night." 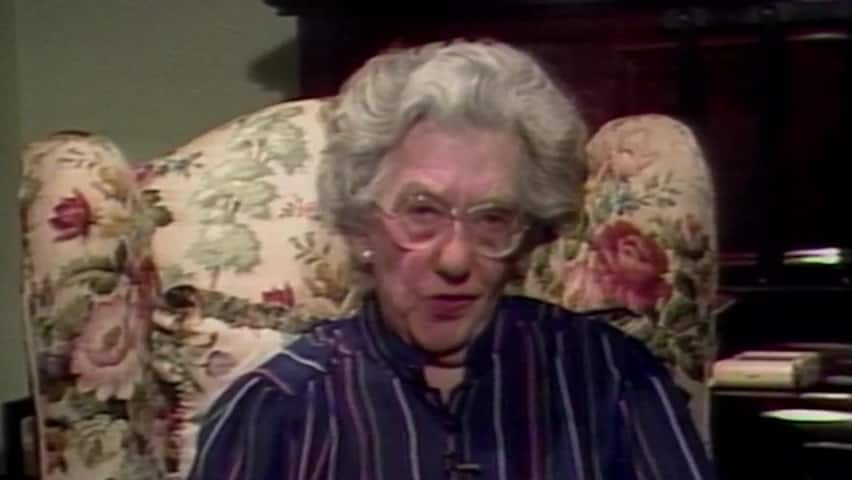 Hart, seven years old at the time of the disaster, was sleeping when the ship struck the iceberg. Her parents woke her up and her father placed her in a lifeboat.

Her mother would make it off the ship as well, but there was no room for her father on a lifeboat.

"I was devoted to my father. I knew quite well I'd never see him again," Hart told CBC's The Journal, from her home in Chadwell Heath, near London, England.

'A horrible sight, a dreadful sight'

Hart described the site of the Titanic sinking, as she watched from the lifeboat.

"All I could see was the sinking ship, it was a terribly dark night — starlit, but no moonlight —  and this tremendous ship which didn't sink for over two hours," she told The Journal. "A horrible sight, a dreadful sight."

She also saw the iceberg.

"It was the other side of the ship from where we were, but as we rowed away and we looked back at the ship, we could see the iceberg, so to speak, behind it ... it was very large."

'It is my father's grave'

Reacting to the news that the Titanic had been found, Hart hoped it would not be raised from the ocean floor.

"To me, just as a very ordinary individual, it is my father's grave and I would rather it were left untouched," she said.