When we were talking a lot about 'e-business' stocks

In 1999, The National was reporting on the sharp rise and fall of Internet company stocks.

In 1999, some internet-related companies saw sharp drops in their stock prices 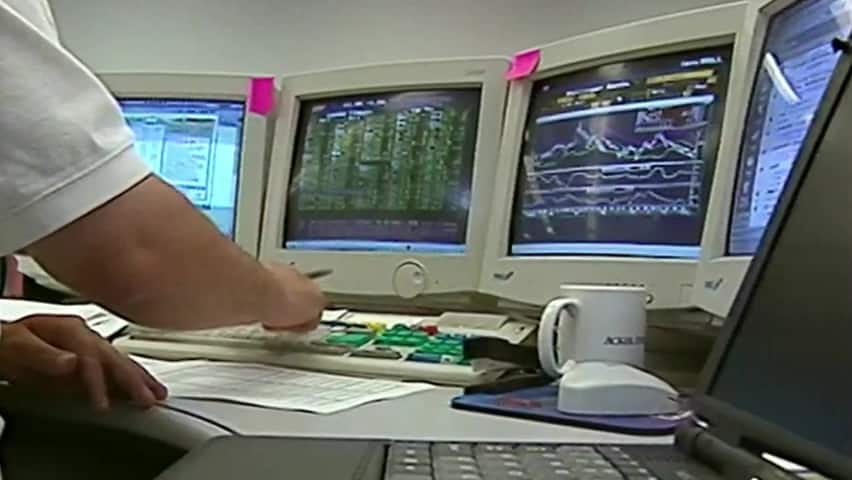 Is the 'dot-com frenzy' over?

21 years ago
2:45
The National looks at the high asking prices for stocks of various "e-businesses." 2:45

A roller-coaster analogy for the stock market?

An obvious pick, perhaps, but it's what The National went with when trying to describe what was happening in a certain segment of the stock market near the end of the '90s.

"Getting on the stock market can be a roller-coaster ride at the best of times. And what a ride for people buying stock in companies related to the internet, also known as e-businesses," Peter Mansbridge told viewers on Aug. 6, 1999.

"Prices went zooming up — way up. But as you know, most roller-coasters have a downside."

The piece aired after a spring that had seen these so-called "e-business stocks" drop sharply.

If it could happen to Yahoo...

"Internet giant Yahoo Incorporated saw its market value fall from $50 billion in April to less than half of that in three months," reporter Ben Chin told viewers, illustrating that the trend had affected even well-known companies at that time.

These types of stocks, as Chin explained, had become popular with investors and their value had soared as a result — far too high, according to some observers.

"On average, every dollar e-businesses made attracted $100 from stock market investors," said Chin.

"But all along, some analysts warned $1 of profit should normally raise only $15 on the stock market."

'Canaries in the coal mine'

Duncan Stewart, a mutual fund manager with Tera Capital Corp., was among the voices warning of the risks these stocks held.

"When you have a climate of uncertainty in the stock market ... these internet stocks are the canaries in the coal mine," Stewart told The National, at a time when his company was avoiding investment in e-businesses.

Not everyone was so pessimistic about the outlook for e-businesses, however.

Colman O'Brien, an internet expert and former broker, said the stocks were still falling, but there could be opportunity when they eventually bottomed out and started to rebound.

"I think this time you'll see the growth will not be as erratic and it won't be as large, potentially, as it was for the last year," O'Brien told The National.

"So, this sort of dot-com frenzy is out of those stocks, which is probably a good thing, because really what it says is we've sort of figured it out and it's legitimate business."