An influx of French restaurants had changed the dining scene in a city better known for its Chinese fare, as CBC reporter Mike Duffy discovered in 1983.

City had delights for gastronomes other than Chinese fare, as reporter Mike Duffy discovered 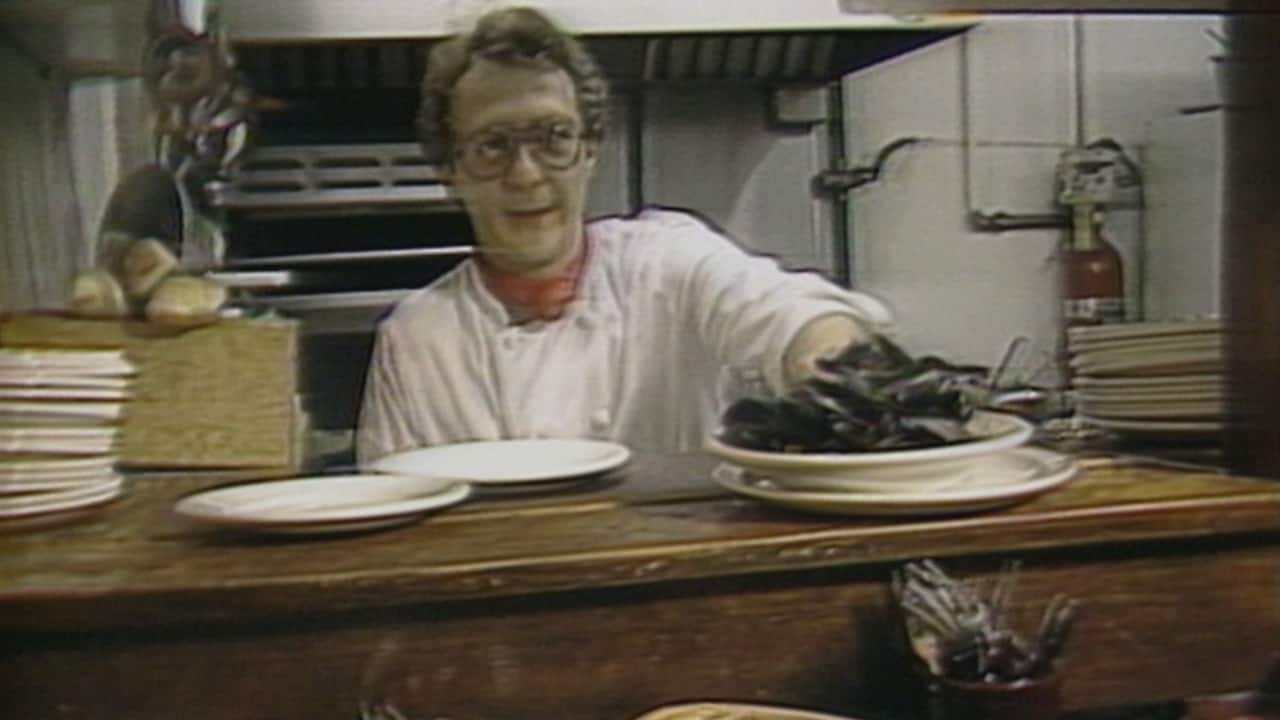 Vancouver was "famous for its delectable seafood," in the words of George McLean, host of CBC's Saturday Report. It was also "renowned for its Chinese restaurants."

But on Sept. 17, 1983, he introduced viewers to a report on a "new culinary trend" that was cooking in the city.

But "stiff competition" had come from a different cuisine over the past few years, he said.

"A score of excellent French restaurants have opened in Vancouver," said Duffy, as the camera showed signs for Chez Nous and Bistro la Palette.

Some of them specialized in Québécois food, too, like one named Le Vieux Quebec, with a sign claiming it was the only such restaurant serving "authentic" fare in Gastown.

Others, like the Cafe de Paris, were modelled on French bistros.

"Here, the emphasis is on rich, creamy sauces," said Duffy, as chef Patrice Suhner was seen serving up a platter from his small kitchen.

Duffy, usually an Ottawa reporter, had filed the report at the end of a string of dispatches from B.C. related to the state of the Canadian economy in 1983.

Suhner, who Duffy said had been in Canada for eight years, described what Vancouver's food scene had been like when he arrived.

"It used to be a lot of steak and lobsters," he said. "Now it's more sophisticated ... we use more fresh produce, too."

Duffy said French restaurants catered to people "with lots of cash, and an appetite for a meal that's out of the ordinary."

As for the reporter himself, he seemed to prefer a Quebec specialty at a restaurant called TJ's.

"They're exact replicas of the famous Montreal steamie, right down to the coleslaw on top," he said, before biting into a hotdog.