Donald Trump once considered building a casino in Canada

Long before he became the U.S. president, real estate developer Donald Trump was talking about building a casino in Canada.

Future U.S. leader talked to CBC-TV's Venture in 1993 about a possible project in Windsor, Ont. 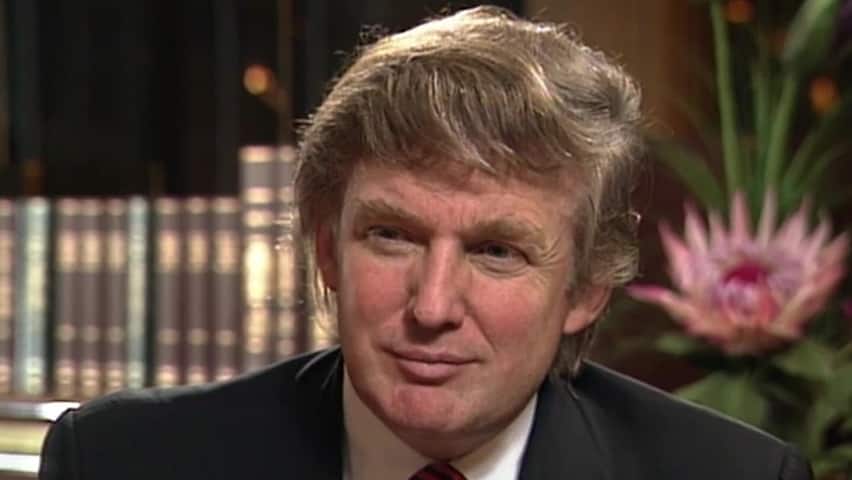 Donald Trump on Canada and a possible Windsor casino

27 years agoVideo
0:31
In 1993, Donald Trump talked to CBC-TV's Venture about the possibility of him building a casino in Windsor, Ont. 0:31

Twenty-five years ago, a future U.S. president was talking to CBC-TV's Venture about his potential interest in building a casino in Canada.

His name was Donald Trump and he was then a New York-based businessman, whose rising and falling fortunes had been in the spotlight for an extended period of time.

Comparing his ups and downs to the action of a yo-yo, Trump told Venture host Robert Scully he was on an upswing compared to his financial standing of just a few years earlier.

At one point, Scully asks Trump: "What is the secret to getting out from under a mountain of debt?"

'Whatever it is you need... I possessed it'

"You need a lot of things: You need integrity, you need perseverance, you need that ultimate stick-to-it-iveness, you need the brainpower — whatever it is you need, it seems that I possessed it," Trump responds, in the interview that aired in April of 1993.

The interview also delved into Trump's apparent interest in establishing a casino in the Ontario border city of Windsor.

The conversation also touched on Trump's general impressions of Canada.

"Well, I love Canada and I tell you I have relatives that live in Canada and it's almost like a breather to go up to Canada and get the fresh air and everything else," Trump said in the interview. "And the people are so wonderful."

Windsor would, in the end, get a casino. But the one that was established there did not involve Trump, who went on to become a reality TV star and in 2016, win the U.S. presidential election to become the 45th president of the United States.