What a visitor found inside the Diefenbunker in 1994

Once it was clear a nuclear attack was no longer a threat, the Cold War shelter outside Ottawa was opened up in 1994. 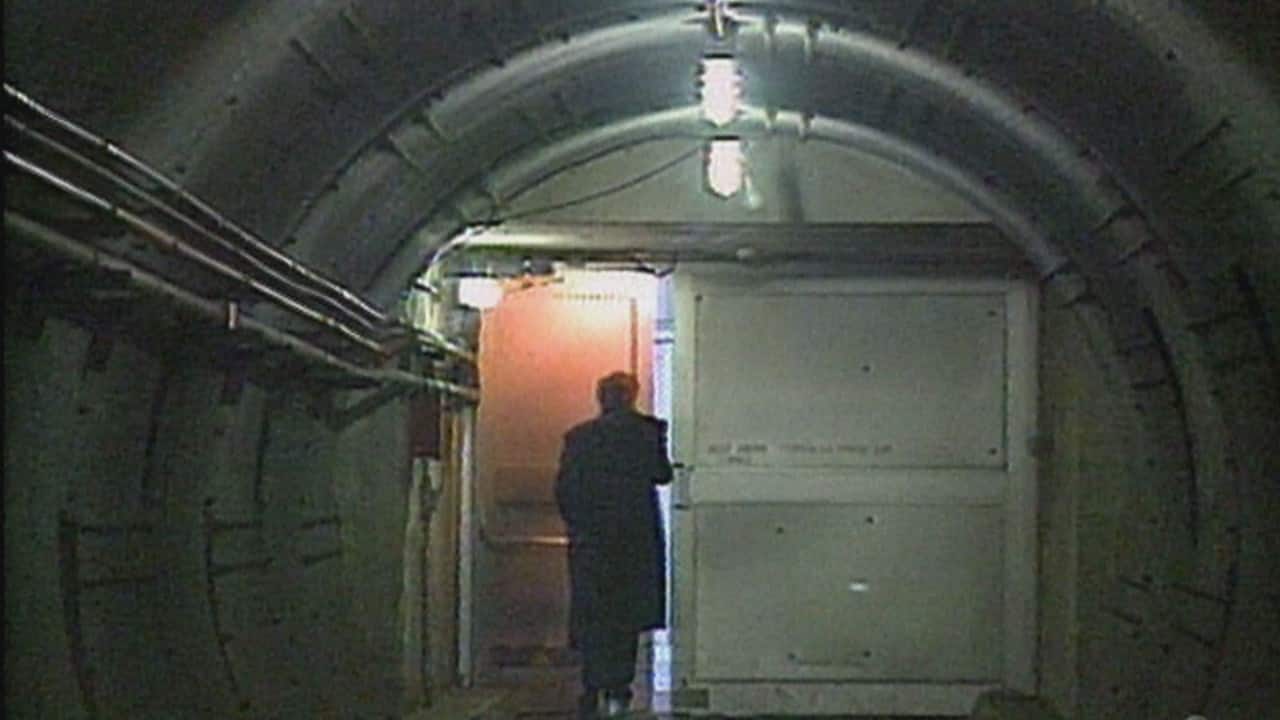 A peek inside the Diefenbunker

27 years ago
3:26
In 1994, a Midday reporter gets a tour of the Cold War-era safe place for the prime minister and government officials. 3:26

Once it was clear a nuclear attack was no longer a threat, the Cold War shelter outside Ottawa nicknamed the Diefenbunker could be opened up.

On Jan. 22, 1994, the CBC's Cory O'Kelly took a tour of the Diefenbunker, walking through its underground tunnels and living spaces.

"This is huge steel tunnel about 10 feet high," said O'Kelly, noting it was "surrounded by about two feet of concrete."

The Diefenbunker was built between 1959 and 1961 "to protect key Canadian officials in the event of a nuclear war," according to its website. It was nicknamed for John Diefenbaker, the Canadian prime minister at the time it was built in Carp, Ont., outside Ottawa.

Rooms for all possibilities

Barbara Massé of the Department of National Defence, who said the people working inside the bunker were "part of the strategic communication network for the Canadian Armed Forces," showed O'Kelly around.

"Though the place was built to house political leaders in times of attack, today it's a military base," said O'Kelly.

According to the Globe and Mail, it was decommissioned in 1994, stripped of its furnishings and sold to a group of buyers who opened it as a museum in 1998.

But when O'Kelly toured it, the bunker was still as it had been for 33 years since its completion, with equipment to fulfil its purpose "in the event of a nuclear attack."

"This is a shower room," said O'Kelly, passing through a door labelled "No Admittance." "If you happen to have nuclear particles, you'd come in here and wash off any," he said.

Massé showed the reporter what she called a "1960s battle operating room," and he noted the "supplies and medicines" on its shelves and "even an early blood-testing machine."

"It's like walking the passageways of an ocean steamer, and it's like going back in time," said O'Kelly.

"A few people occasionally will feel they have to get out of the bunker for a breath of fresh air," she said. "Other than that, it's like an office building."

O'Kelly seemed to be especially impressed with what he described as a "CBC radio studio" where "someone would presumably come in and calm the populace" by playing soothing music.

"Good evening Canada, everything is fine," he intoned while speaking into the studio microphone. "Be calm. Relax."

There were rooms labelled for occupancy by "important cabinet leaders" from departments including the Privy Council Office, External Affairs, and the Canada Housing and Mortgage Corporation.

"But the biggest was the prime minister's," said O'Kelly, who stretched out on the bed in what Massé said were "not very luxurious" sleeping quarters and flicked on its reading light.

Another room awaited at the Diefenbunker's bottom level.

"The door to the Bank of Canada vault," said Massé. "This is where the gold reserve would be housed in the time of a nuclear attack."

In December 2020, CBC Ottawa reported that the Diefenbunker had received $1.1 million from the provincial and federal governments for "crucial upgrades."