When Newfoundland hosted a party for an oil refinery

It was an industrial site worth celebrating when the privately held refinery at Come By Chance, N.L., officially opened in 1973.

Guests were invited by cruise ship to privately held industrial site at Come By Chance, N.L. 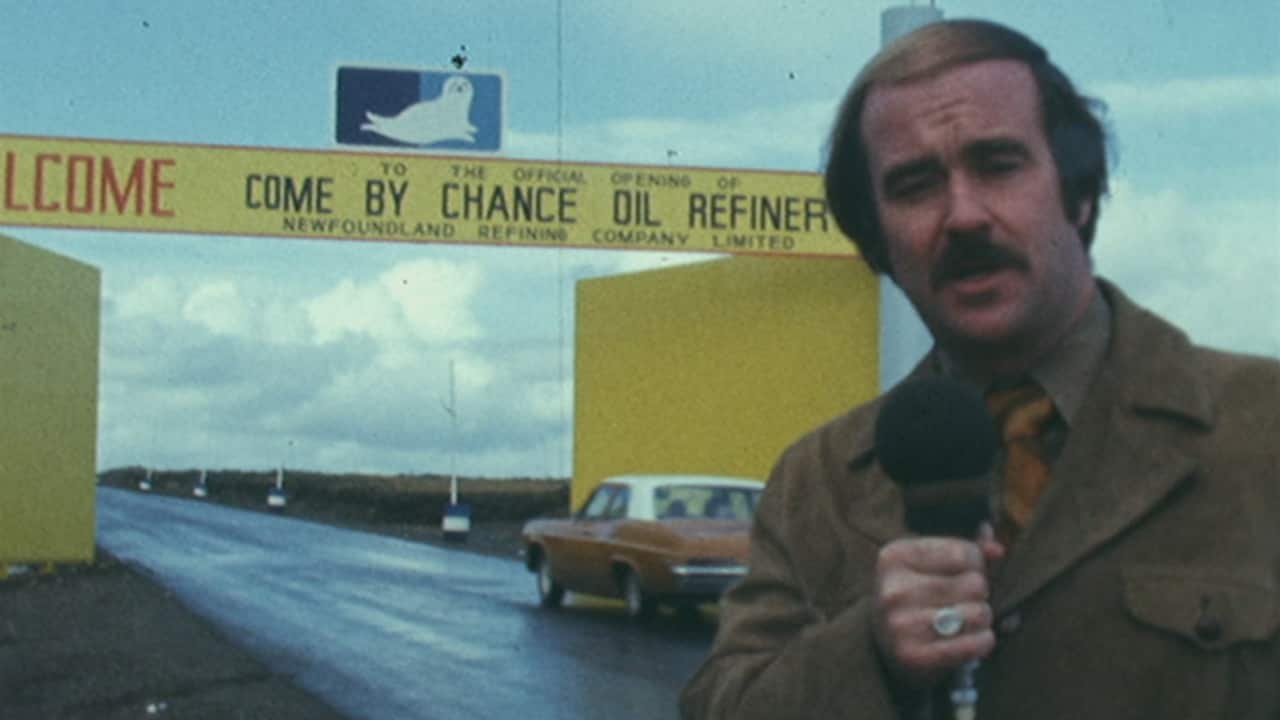 Party preparation in Come By Chance

The news was grim this week for the oil refinery in Come By Chance, N.L., according to CBC News. A deal to sell it to Irving Oil collapsed this week, leaving 500 jobs in jeopardy should the plant be unable to cut costs.

But back in 1973, the outlook was so good for the newly built refinery that its owner, businessman John Shaheen, threw a lavish party to celebrate.

"The sign should be changed to 'come by invitation only,'" said the CBC's Bill Mitchell, reporting on Oct. 9, 1973, on the preparations that were underway for the reception at "Canada's newest and most modern" oil refinery.

Enormous tents had been erected for what Mitchell called "Newfoundland's biggest private bash ever."

"While workmen transform part of the grounds into a tent village, a staff of more than 50 have been putting together a feast for an estimated 4,000 people," said Mitchell.

Mitchell estimated that the party "may run to the better part of a million dollars."

That was because Shaheen had chartered a Cunard cruise ship, the Queen Elizabeth II, for a week. According to the Globe and Mail, it carried over 1,000 guests from New York to attend the refinery's opening.

... Less than half of that, actually

The party actually cost $422,000, the Globe and Mail reported the day after it took place. (That's the equivalent of $2.4 million in 2020.) The newspaper said Shaheen had invited so many guests to the refinery "to prove to competitors that here, in the middle of nowhere, he does have one."

One of the guests of honour was Winston Churchill, grandson of the British statesman, who would be celebrating a birthday on the day of the opening with a "four-foot-high cake."

But as Mitchell reported, locating the refinery in Placentia Bay had local fishermen nervous of "living next door to a potential disaster."

"The supertankers that will dock here soon can be five times bigger than the QEII," he said. "And the thought of [one] suddenly appearing out of the fog is more than most in-shore fishermen care to think about."

47 years ago
1:51
A CBC film captures some of the sights and speeches at the 1973 party celebrating John Shaheen's project in Newfoundland. 1:51

CBC cameras captured the party itself. In a film capturing the occasion, CBC commentators seemed to doubt whether the tents, which were "flapping away like a sail," could withstand the windy conditions that day.

"A lot of people are ... casting an eye upward and wondering, 'when's this going to go?'" said a commentator.

"I have some shrewd suspicion that it is the sound judgment and foresight of Mr. John Shaheen that brings us here today," he said.

Taking advantage of a natural resource

Frank Moores, premier of Newfoundland, had only praise for the refinery's location.

"Nature has given us this ideally sheltered, natural, deepwater port," remarked Moores. "It would be wrong not to take advantage of this natural resource."

According to the CBC catalog, Shaheen was a guest on CBC's Front Page Challenge in June 1974, and the refinery in Come By Chance went bankrupt in February 1976.

Premier Joey Smallwood, in turn, was a guest on Front Page Challenge that April to talk about the $600-million "bust."

"In the past, the refinery has contributed to as much as five per cent of the province's economy," said this week's CBC News story on the precarious position of the project.