Albertans had been wearing their winter jackets for a month, even though the formal start of winter was still a month away.

Winter was firmly asserting its presence in Alberta in 1996 ... midway through autumn 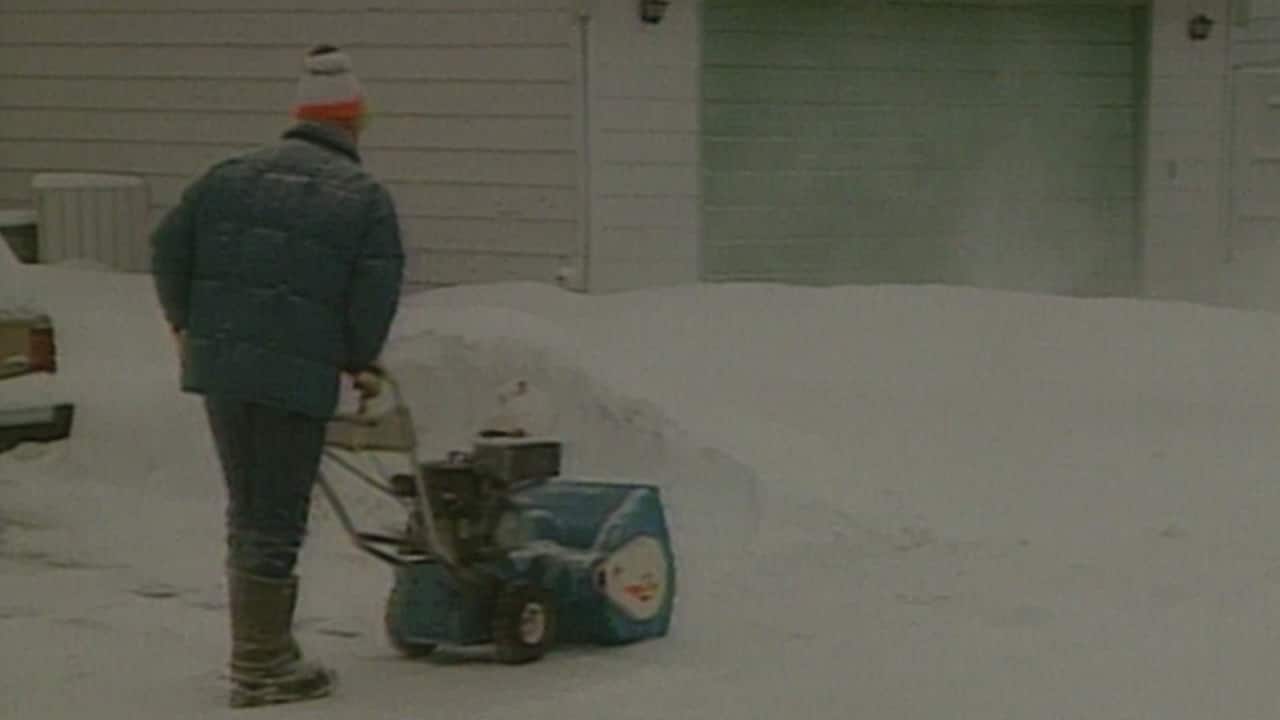 A winter-like autumn in Alberta

Albertans had been wearing their winter jackets for a month, even though the formal start of winter was still a month away.

"Cold and snow are nothing unusual in November," reporter Terry Reith told viewers watching The National on Nov. 23, 1996.

"What is, is how much Albertans have had to muster so early in the season."

A look at the recent temperatures seen in the province provided, well, the cold hard facts of just how bad the weather had been.

"The cold is shattering records around the province — Jasper and Red Deer reaching lows of -35 C, Lethbridge -33 C and -38 C in one community just north of Edmonton," said Reith.

"And there's more snow than most people see by January."

The weather was better in Yellowknife, apparently.

"This is colder than Yellowknife and your snow is about five times as much," said a man who had just arrived in Edmonton that day.

The Albertans featured in Reith's story seemed resigned to the weather outside, as the camera footage showed them living their lives despite the snowy sidewalks, slippery roads and bone-chilling temperatures.

"It creates our character," a woman in a green hat said, offering a somewhat cheerful take on the situation.

"It keeps the population down because no one else would want to live here."

Reith noted the mercury would be on the rise soon enough.

"By next weekend, the temperature will warm by about 15 degrees, bringing it to a balmy -10 C — still below normal," he said.