When a deadly and dangerous cold gripped the Prairies in 1989

Winter hadn't quite officially begun, but the Prairies were already the grip of a truly dangerous deep freeze. 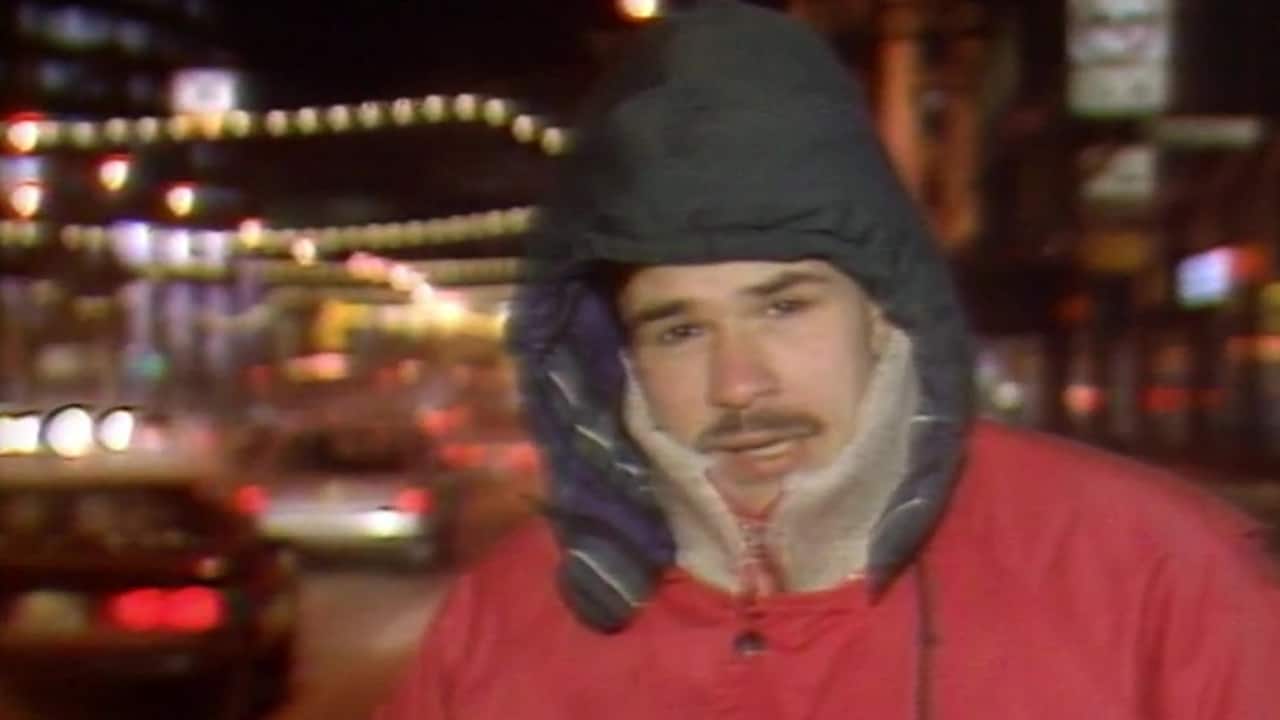 A deep freeze in the Prairies in 1989

31 years agoVideo
1:50
Saša Petricic reported on a prolonged deep freeze that had hit the Prairies in December 1989. 1:50

Winter hadn't quite officially begun, but the Prairies were already the grip of a truly dangerous deep freeze.

In 1989, The National was reporting on the weather that had left Alberta, Saskatchewan and Manitoba with very low double-digit temperatures for days.

"When the ice crystals hang in the air, when the temperatures are lower in Winnipeg than at the North Pole, cold takes on a whole new meaning," the CBC's Saša Petricic reported on Dec. 20, 1989.

A need to bundle up

In Winnipeg, many people were simply avoiding going outside. Those that were knew to bundle up with everything they had.

"I just put like an extra sweater on, extra socks and scarf and mitts," said a woman wearing a bright safety vest, a thick winter jacket and a scarf wrapped at least twice around her face.

Those living in the city were aware that not being cautious could be deadly. Petricic reported that one man had died as a result of exposure to the cold.

It was also extremely cold in Alberta and Saskatchewan, where people were also having to prepare for the cold if they had to encounter it.

"I have 18 layers of clothing on, at least," said a Canada Post letter carrier who was making her rounds in -33 C weather in Edmonton.

The coverage of the extreme weather in the West appeared at the very end of The National, as it was broadcast on a day when the show was mostly filled with reports of the U.S. invasion of Panama, which had begun that same day.