It was a day that Chris Hadfield had long been waiting for. And when it came, he was in charge. 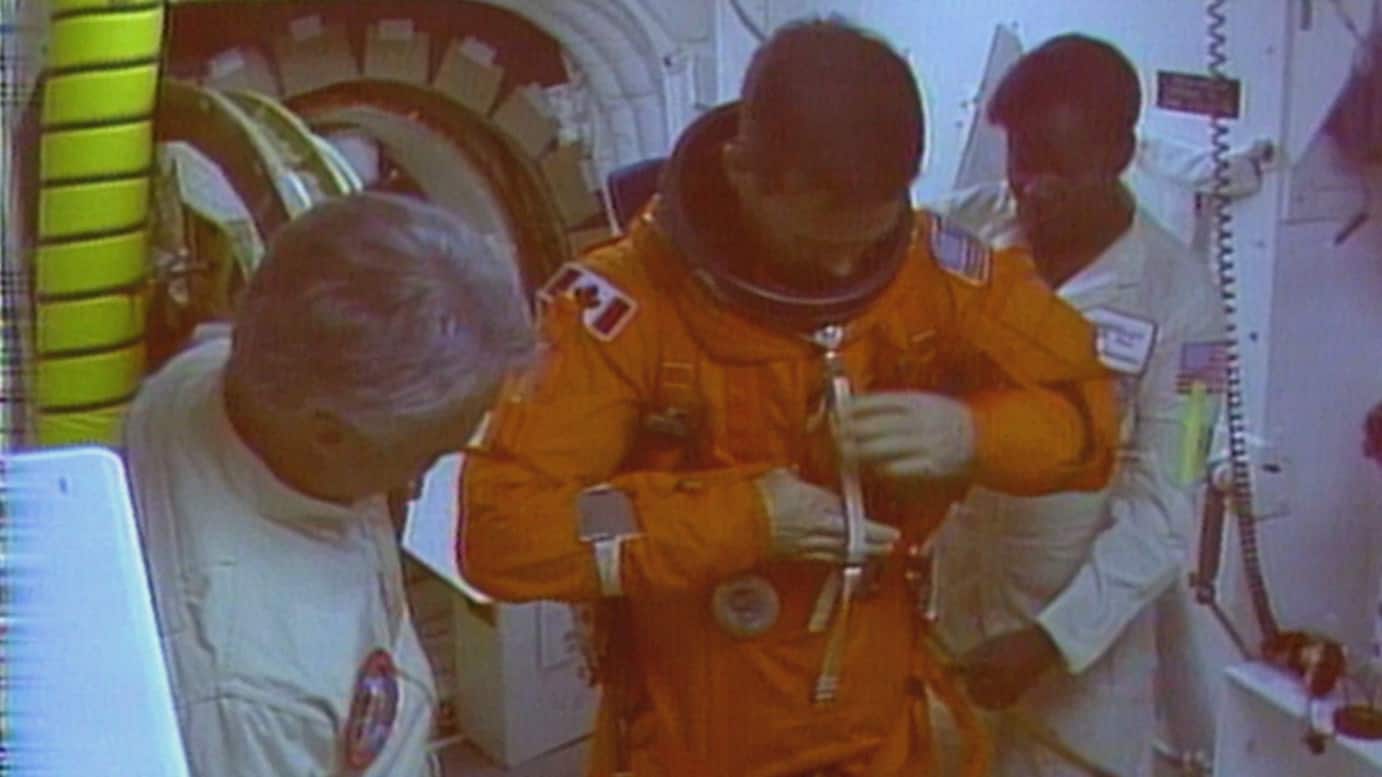 25 years agoVideo
1:50
Colleagues at the Canadian Space Agency watch astronaut and mission specialist Chris Hadfield go to space for the first time in 1995. 1:50

It was a mission that astronaut Chris Hadfield had long been waiting for. And when his day came, he was in charge of it.

In a viewing theatre in their new operations centre outside Montreal, staffers at the Canadian Space Agency clapped and cheered when the countdown ended and the space shuttle Atlantis blasted off with Hadfield aboard on Nov. 12, 1995.

"It's great to see him finally up there," one viewer told reporter Genevieve Beauchemin.

According to the Globe and Mail, the trip to space was "a dream come true" for Hadfield, a former fighter pilot and test pilot who had been chosen for the job in 1992.

"It's nice to know you have a part in these major events," said a co-worker with two children on his lap, one of several who Beauchemin said had brought their families to "share the adventure."

"It's sort of neat that there's a Canadian on the ship," said one such guest, while another said she was "happy that Chris went up."

But the adventure didn't end with Hadfield's successful launch. As mission specialist — the first Canadian astronaut to bear that designation — he would have the task of manipulating the Canadarm to install a "docking module" on the orbiting Russian space station Mir.

"The module will make it safer and easier for future shuttle missions to dock with the space station," explained Beauchemin, as a NASA animation on the screen depicted the procedure.

'What a great time'

It all added up to feelings of triumph for the space agency's engineers on the ground.

His "childhood dream" having become a reality, Hadfield was scheduled to spend eight days in space, "a few" of them with the cosmonauts on Mir, said Beauchemin.