When princes Harry and William visited Canada with their parents

Prince Charles and his wife, Diana, brought their sons, aged seven and nine, to see some of the sights Ontario had to offer in 1991.

Maybe it should have been a sign when Charles and Diana, the Prince and Princess of Wales, chose multiple separate engagements during their time in Canada when they visited from Oct. 23-29, 1991.

The pair, who had been married in a lavish ceremony 10 years earlier, would separate just over a year later.

"For the people of Sudbury, this was their first glimpse of the future king and queen," CBC reporter Kevin Newman said on Oct. 24, the first full day of their all-Ontario visit.

The prince and princess were together in the city at first, but then split their duties so that he could tour the Inco nickel mine and she could see patients at a cancer treatment centre.

Charles at the Inco mine 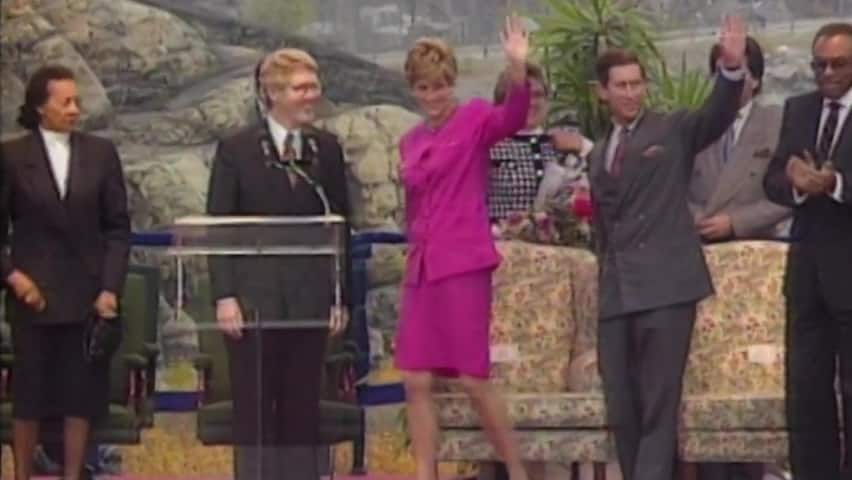 29 years ago
2:25
The Prince takes in the Inco nickel mine and the Princess visits hospital patients on their stop in the city. 2:25

William and Henry, as Newman called them, had stayed back in Toronto on a "secret tour of their own."

According to the Globe and Mail, the princes' itinerary included the Royal Ontario Museum and the CN Tower.

"They're having a chance, I hope, of finding out a great deal more about the parts of Canada that we can't always reach on these occasions," Charles told a crowd.

Later, outside, he could be heard asking members of the media — many of them British reporters who had come to Canada to cover the tour — if they had an opportunity to eat lunch.

Wearing a white hard hat, Charles was at the Inco mine to officially open a new, $500-million facility that was said to eliminate "most of the pollutants" from the mine.

"But it was Diana's tour that won the hearts of the people of Sudbury," said Newman.

At the centre, Diana met a breast cancer patient and listened attentively as she described her surgical treatment.

"'Why don't you remove it?' she asked," Newman recounted, showing Diana perched on a second patient's bed and paraphrasing an exchange she had with a woman who had covered her bald head before meeting the princess.

"There, that's better," Diana was said to have said, after the patient took off the apparently uncomfortable hat.

Diana seemed to take a special liking to Jason Barry, a young boy she'd been told had brain cancer, who was seen giving the princess a letter he'd written.

A family trip to the Falls 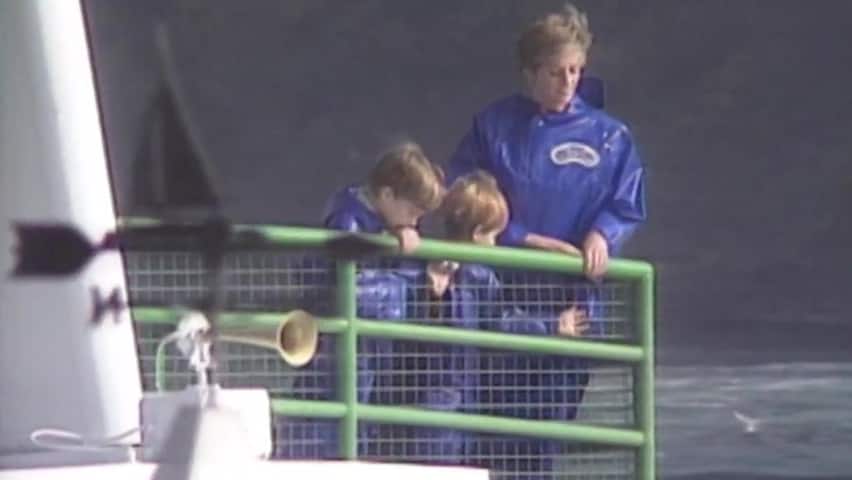 William, Harry get lesson on how to be a royal at Niagara Falls

29 years ago
2:23
The princes and their mother Diana visit the tourist magnet and go on a walkabout. 2:23

Two days later, Charles and Diana were apart again — this time so that she could accompany Harry and William to the popular Ontario family destination of Niagara Falls.

"Niagara Falls's tour boat was pulled out of dry dock by royal request," said Newman, as the camera showed the royal trio aboard the Maid of the Mist clad in royal blue raincoats.

The boat navigated to a position in the Niagara River near the base of the roaring, tumbling water and stayed there for half an hour, according to Newman.

"For British reporters, more rare glimpses of the private life of the Royal Family," said Newman. "It's the children who have made this visit unusually newsworthy in Britain."

Diana came across as relaxed while travelling with her children, as opposed to trips where she left them at home, said one of those British reporters.

"When she's away from the children for the day, she seems to be happier because she knows at night, she's back to her children," said Ashley Walton. "She's a genuine mother, unlike other members of the Royal Family."

British reporters also told Newman they could see that Diana was using the trip to prepare her sons for a lifetime of royal duties.

"She's carefully grooming William because she knows that he will be the future King of England," said author Andrew Morton, who would go on to write a biography of Diana in 1992. "It's a very subtle process."

The boys had already mastered the royal routine of admiring a gift briefly before handing it off to a member of the entourage.

"[It was] only the second walkabout for William, Henry's first," said Newman.

Visiting Niagara Falls was the boys' last event before returning home, while their parents stayed on for more engagements in Kingston, Ont., and Ottawa.

With them would go most of the public curiosity in the royal visit to Canada, said Newman.

"As far as the British tabloids are concerned, this tour is over." 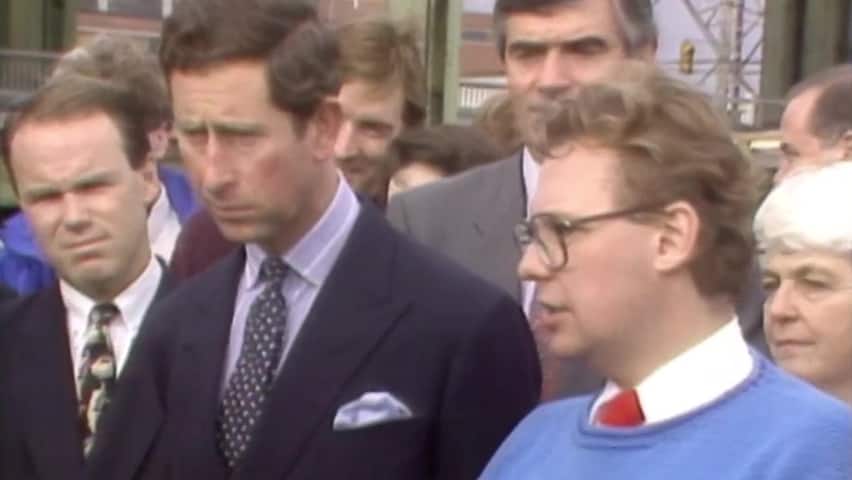 Prince Charles meets with business to advocate for the environment

29 years ago
2:07
Prince Charles hopes Canadian business has a role to play in protecting the environment. 2:07

While his wife and sons were taking in the sights, Charles had work to do in Toronto.

According to CBC reporter Paul Hunter, Charles was trying to "go beyond" his role as a member of the Royal Family to spread messages he believed were important.

He had founded the Prince of Wales Business Leaders Forum to promote economic growth that was environmentally responsible.

"If people see the trouble that is taken by a particular business ... it has a remarkable impact on the attitude that consumers take toward that business," said the prince.

Among the crowd of men in suits was a woman who was an advocate of environmental responsibility.

"All the industry people here deserve to be commended for their efforts in environmental education and everything else," said forum guest Elizabeth May, now the leader of the federal Green Party, who was representing a group called Cultural Survival Canada.

"But what we're really doing is taking baby steps when we need to be Olympic runners."

Environmentalists hoped the prince's focus on environmental issues, including the polluted Don River in Toronto, would mean progress.

"Our society is changing, and the royalty if it is going to remain relevant in society needs to change and move with it," said Mark Wilson. "And obviously Prince Charles and Princess Diana are responding to that need."