The transition of the U.S. presidency from Jimmy Carter to Ronald Reagan

Before it was his turn to live in the White House, Ronald Reagan moved into a small one across the street as a new administration prepared to take over the U.S. government. 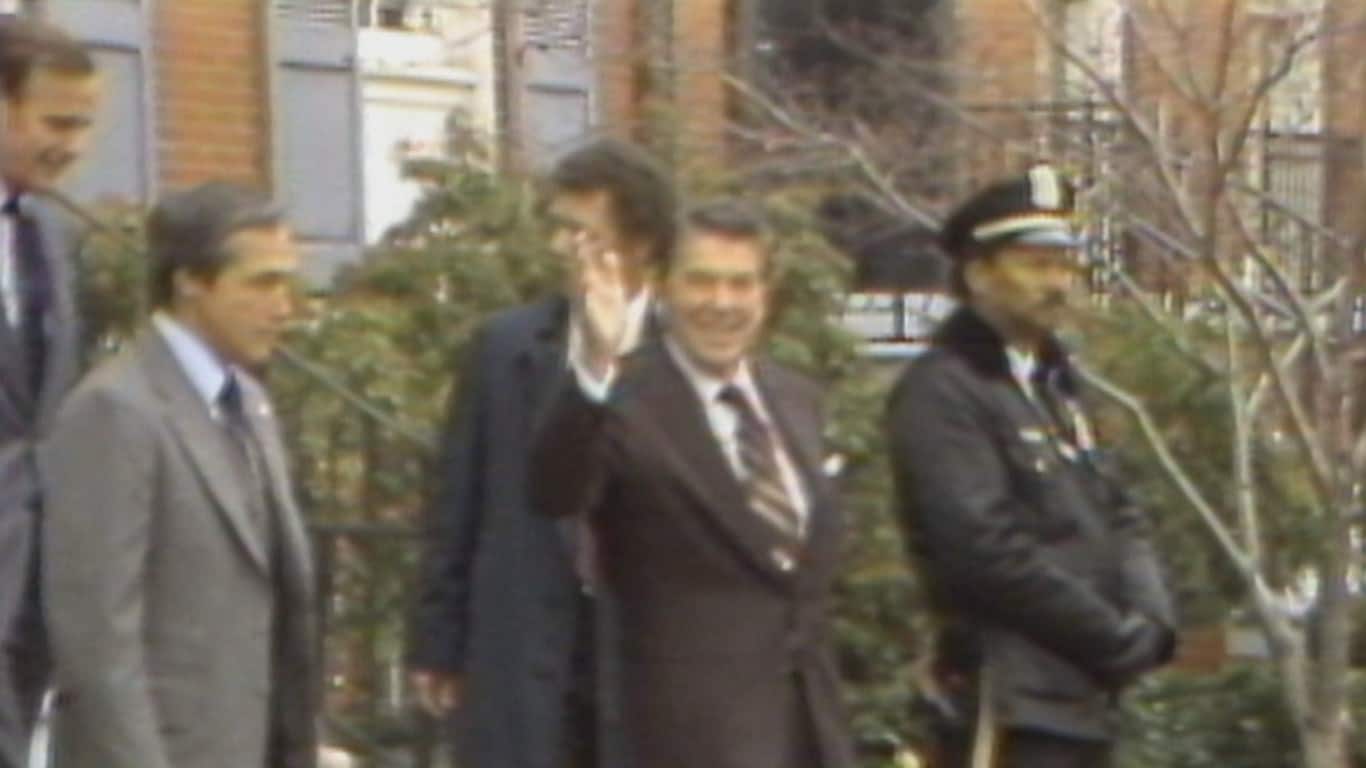 From Carter to Reagan

40 years agoVideo
4:07
Ronald Reagan moves into a small residence across from the White House in the transition of the U.S. presidency after the 1980 election. 4:07

Things were changing quickly in Washington, D.C., two weeks after the U.S. election held on Nov. 4, 1980.

Ronald Reagan, the Republican candidate, former movie actor and governor of California, had defeated his Democrat opponent Jimmy Carter and the transition was already underway.

"Reagan is wooing Washington, and the city is responding to all the attention," said the CBC's George McLean as he introduced a report on The National on Nov. 19 that year.

"It's so small they have to put the fridge into the dining room," said Schlesinger, describing the "little white house" Reagan had just moved into and where he would be living until his inauguration two months later.

A man in the crowd of onlookers assembled outside to get a look at the president-elect anticipated good things would happen under Reagan's watch.

"I think the economy of the District of Columbia will be greatly benefited by the transition," said Leo Bernstein, identified on screen as a bank president. "There's always 2,500 new people coming to Washington [and] the old ones don't leave, they love it so much."

Schlesinger described "reserved" faces of Democrats in the crowds wherever Reagan went, and Republicans "wondering which way he'll go."

Would he "stick with his old, rightist California faithful"? Or would he "turn to the more moderate old Washingtonian hands"?

Wherever Reagan's preferences lay, there were a lot of jobs needing to be filled, said Schlesinger — "jobs, jobs, jobs."

The camera showed file boxes stuffed with "thousands and thousands of resumes," and Reagan aide Scott Faulkner described the desperation of some employment-seekers.

"Calls to my home, calls to my parents," he said. "People giving me resumes when I go out to eat."

Schlesinger also noted a change in lifestyle seemed to be coming to Washington.

That attitude was exemplified by real estate agent John Gill, who said he expected Reagan would usher in a different mood than his predecessor.

"I think that the Carter administration sort of lowered the way we live here, made it more informal," he said.

With Reagan as president, he believed people would wear "the proper clothes" and live in "a grander style."

"I would expect that you would see more sophisticated cocktail parties rather than, sort of, beer parties."