The party was happening regardless of who attended, but Brian Mulroney's Oktoberfest appearance certainly pleased a lot of potential supporters in 1983. 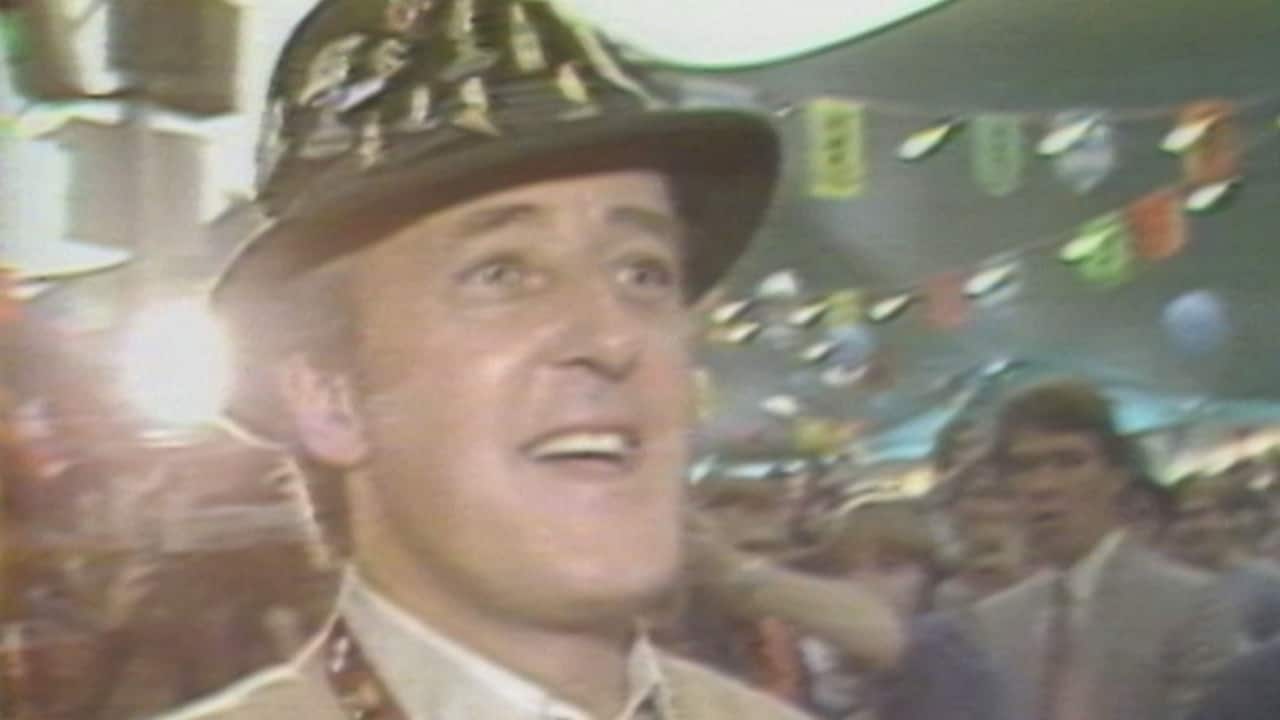 Brian Mulroney at Oktoberfest in 1983

37 years ago
1:44
In the fall of 1983, Conservative Leader Brian Mulroney visited a well-known annual Oktoberfest celebration in Kitchener, Ont. 1:44

The party was happening regardless of who attended, but Brian Mulroney's appearance at Oktoberfest in Kitchener, Ont., certainly pleased a lot of his potential political supporters.

In the fall of 1983, the Progressive Conservative leader was on a roll, having recently won a byelection that allowed him to take a seat in the House of Commons and seeing that his party was very popular with Canadians.

It was also a time when Mulroney was trying to contrast the PCs with the governing Liberals, who were then led by Prime Minister Pierre Trudeau.

And the prime minister, as it turned out, had just made an appearance of his own at the same, famed Oktoberfest celebration in southwestern Ontario.

The timing of those visits formed part of the story that reporter Bill Casey filed for The National back on Oct. 15, 1983.

"His visit came just one day after Prime Minister Trudeau had dropped in for a few dances at the Concordia Club."

The Conservative leader didn't pass up the opportunity to comment on his rival's drop-by at Oktoberfest.

"I understand that the prime minister was here last night tripping the light fantastic. It's nice to see him dancing the last waltz," Mulroney said while visiting Oktoberfest.

"He's a fine dancer," the Conservative leader said, adding "he needs more time to practice and we're going to try to give him that."

Mulroney seemed to be delivering a not-so-hidden hint that he and his party intended to effect Trudeau's exit from politics.

While Trudeau would announce his retirement in the months to come, his dancing skills were well known before his Oktoberfest appearance, even though that went unmentioned in Casey's report.

Despite the joshing Mulroney had offered, the PC leader made a similar media splash while at Oktoberfest.

He danced with his daughter, Caroline, in full view of the news cameras, and also attended the festival with his wife, Mila, as well as sons Ben and Nicholas.

"It was that kind of a family day," Casey recapped for viewers, who saw footage of Mulroney's wife and children being handed giant pretzels on the screen.

Amid the merriment, Mulroney saw an opportunity to share his thoughts about his Liberal rival once again.

"When Mulroney found a few hundred happy revellers waiting to greet him at a beer hall after lunch, he couldn't resist trying out that line about Trudeau again," Casey said.

Mulroney repeated the "last waltz" line, drawing what Casey said was a bigger laugh from a bigger crowd.

At the close of his report, Casey said that at Oktoberfest "everyone, it seemed, was glad to see everyone else, especially the man who's at 62 per cent in the polls."

The number Casey referred to was from a recently released Gallup poll that showed the PCs as the favoured choice of 62 per cent of decided voters.

The Tories would continue to ride high in the polls through the following year, culminating in the majority government Mulroney and the party won in the 1984 general election.