The website for the world's dominant ice resurfacer asked votes to choose between an American in an NHL arena and a man from small-town Ontario. 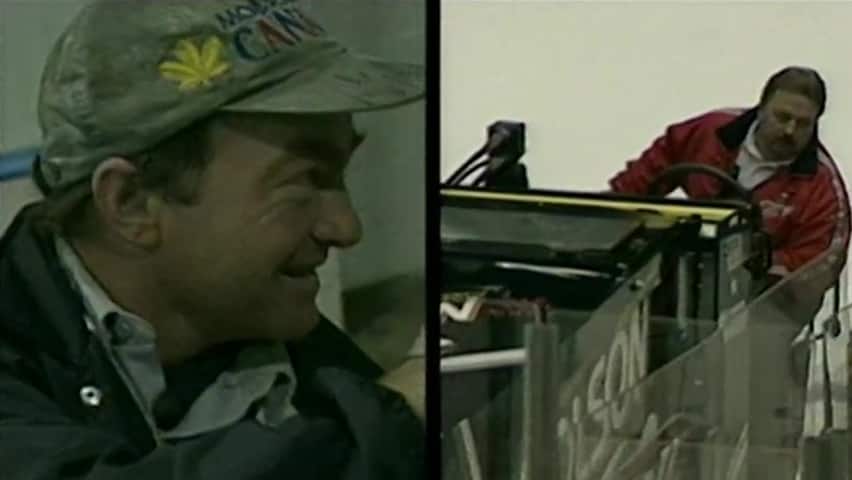 And then there were two: the Zamboni competitors

The surface is small, there are no obstacles, and nobody's around to get in the way. How hard could it be?

As it turns out, driving a Zamboni isn't as easy as the pros make it look.

In 1999, the California company that makes the machine that gives a smooth new surface to the ice at arenas big and small held an online poll. The question: who's your favourite Zamboni driver?

By November 1999, the two top contenders were "Octopus" Al Sobotka, a 20-year veteran who drove the resurfacer at Detroit's Joe Louis Arena, and Jimmy "The Iceman" MacNeil, who worked a considerably smaller arena in Brantford, Ont.

The CBC's Tom Alderman met both men on their home ice to see what might give them the edge.

"A little chip of snow freezes and a guy hits it, anything can happen," said Sobotka, explaining why it was important to be vigilant.

"He'll know when there's a tough night in the playoffs and he'll respond accordingly," he said. "He'll ask the players after the game, 'what did you think of the ice?'" 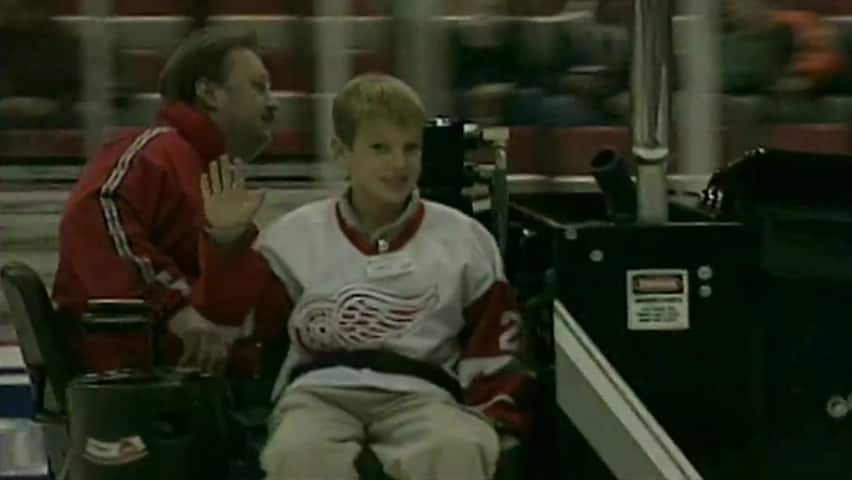 Who drives a Zamboni best?

Sobotka had the might of the Red Wings organization behind him. Fans in the 20,000-seat arena were exhorted via the rink's scoreboard to cast a vote for him.

MacNeil worked a smaller arena, the Brantford Civic Centre, but he counted among his boosters one of the biggest names in hockey: Walter Gretzky, father of Wayne and a lifelong resident of Brantford.

"He's just been fantastic," said MacNeil, who was the son of a Zamboni repairman. "He's said some great things about me and it's been flattering."

The reward for the winner was said to be a trip to that season's NHL All-Star game in Toronto to drive the Zamboni between periods.

Brantford was home to the Canadian manufacturing plant for the U.S.-based Zamboni company.

The machine was the brainchild of Frank Zamboni, owner of a California pleasure-skating rink who was dissatisfied with the human effort required to clean the ice.

The grandson of the machine's inventor, also named Frank Zamboni, showed Alderman the earliest model of the device and described how his grandfather designed it.

"It's just a potpourri of parts that he assembled from World War 2 surplus," explained Zamboni. "Over a span of four years through trial and error... he came up with the concept of the ice resurfacer."

In the end, MacNeil won the poll — but not the prize. According to the Globe and Mail, the NHL didn't want him resurfacing the ice at the Air Canada Centre, where the All-Star Game was to take place. A vice-president at the league said the NHL never actually agreed to have the poll winner do the job.

More than 1 million people visited the Zamboni website at the time of the contest, according to what the company says on its website today. 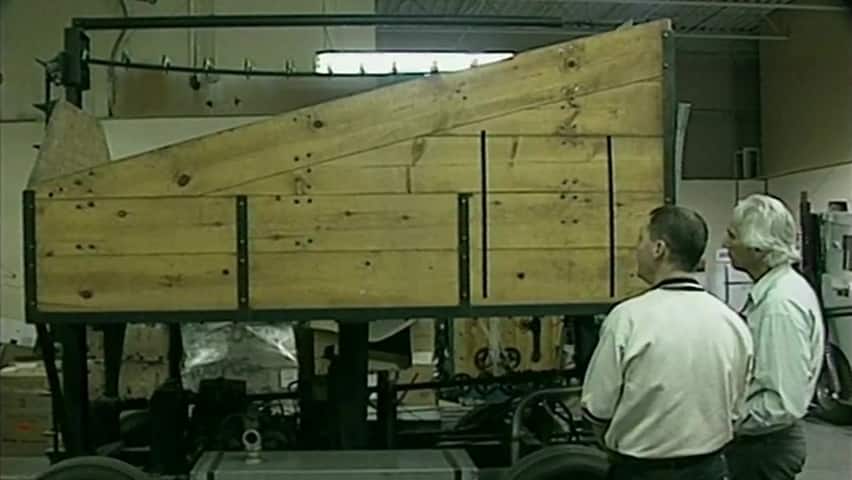 A short history of the Zamboni

21 years ago
2:24
Reporter Tom Alderman learns about the evolution of this ice-resurfacing machine. 2:24